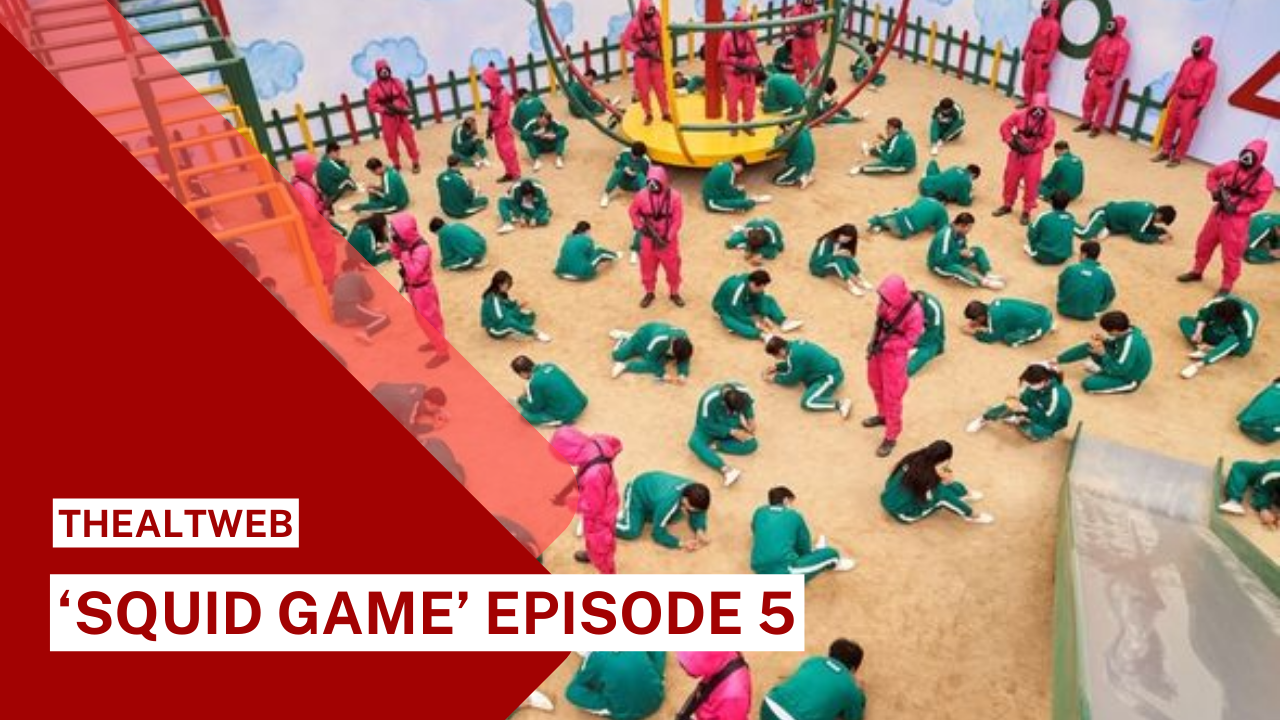 Gi-hun stares directly into the eyes of a man he’s about to murder in Squid Game Episode 5 (“A Fair World”) early in the episode. Of course, he doesn’t have much of a choice. He and everyone else engaged in the games were basically tied into a murder machine once they accepted their offer to play, and the only way out is through. Still, you can see Gi-hun comprehend the dread, desperation, and finally, despair written all over the face of the other team’s captain as he and his tug-of-war squad battle heroically to save their own lives at the price of their opponents’. He knows he’ll die, and he knows Gi-hun is one of the ones who will murder him, but none of them can stop it.

Following that, there’s relatively little consequence from the games’ progression into a full-fledged kill-or-be-killed situation, as compared to the prior games, in which each contestant’s destiny was entirely in their own hands. On the way down the tower following their tug-of-war victory, Gi-hun examines his hands, which have been turned crimson both literally and symbolically by rope burns.

Player #244 (Kim Si-hyun), a devout member of their squad, mutters some thanksgiving prayers to the God who spared them and the individuals who lost their lives so they may continue. #240, the team’s new female, mocks him for his piety, reminding out that those individuals died not as a heroic sacrifice, but because he assisted in their murder. The pickpocket, Sae-byeok, instructs them both to be quiet.

That’s roughly the amount of time anybody engaged has to think about the broader ethical implications of what they’ve just done. For them, it’s back to the dormitories, where the remaining teams must plan and strategize in order to survive what may be another night of the all-out killing. Mi-nyeo, Deok-conniving su’s former “love interest,” seizes the chance to be bigoted towards Ali, an immigrant. Sang-woo theorises that the gangsters’ team foresaw tug-of-war as the next game, and they were correct. The pious guy advises launching a preemptive assault on an even inferior squad, his feeling of piety apparently placated by his prayers.

Gi-hun, ironically, may have saved everyone’s bacon by alerting Deok-su to the danger he is in. When the gangster approaches our heroes’ squad to insult them, Gi-hun reminds out that nothing prevents Deok-own su’s crew from killing him instead. That’s enough for Deok-su to put off the planned attacks for the night.

Gi-hun has a waking dream about his previous experience with violence: his participation in the occupation of a defunct auto plant with other employees, which was violently smashed by the police. “They were the ones who damaged the firm, but they held us responsible,” he adds of the factory’s owners. Isn’t it usually like this? “Class conflict” goes downward 99 times out of a hundred.

While Jun-ho and another guard set out for a secret passage down to the water—the plan is to scuba-dive their way to a waiting Chinese ship, where the organ brokers will pay top dollar for the organs—the doctor and his erstwhile allies fight because they don’t know the nature of the next game to be played, and this intel is obviously critical to the doctor’s continued survival. The doctor stabs a man and flees, only to become hopelessly lost in the unusual facility’s maze of corridors and passageways.

When he’s trapped, his pursuer takes off his mask in the hopes of forming a human-to-human relationship. The appearance of the Front Man—aka the Captain—and his minions, however, cuts short this moment and both men’s lives. For the cardinal offense of sabotaging the mission’s fair playing field, he murders both the doctor and his co-conspirator. “Everyone is equal in these games,” the Front Man claims, and appears to believe; it’s a way to counterbalance the unfairness that prevails beyond the games’ limits in the real world. It’s a shame so many people had to die to achieve this ostensibly equal status.