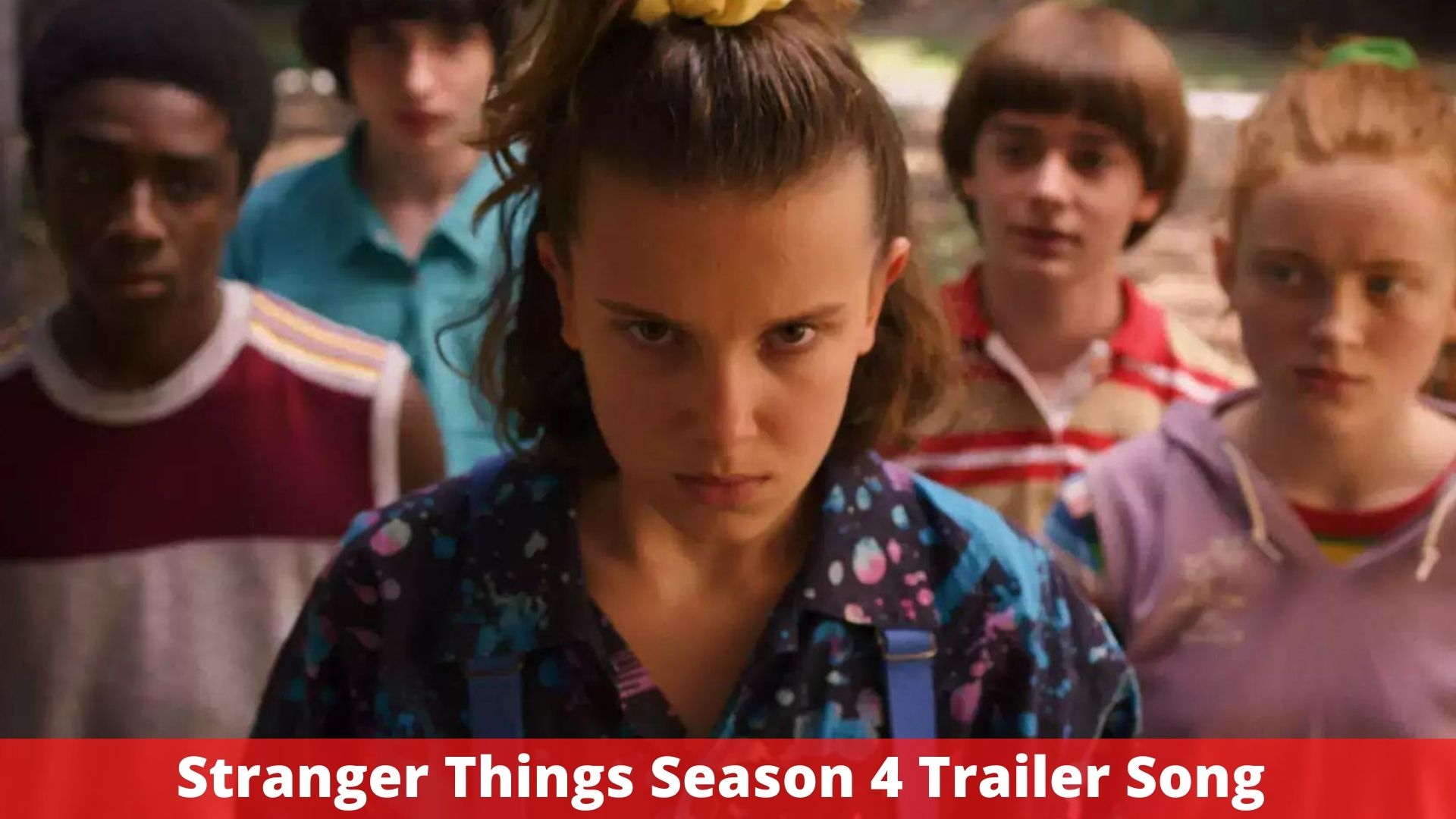 Netflix has finally released the feature-length trailer for its most anticipated release of the year, after a series of teasers. Of course, we’re talking about the Stranger Things season 4 trailer, which was released today and did not disappoint!

Fans will be taken on a rollercoaster ride in the extended trailer, leaving us with a lot to unpack. Because there is so much going on in the trailer, even after watching it several times on repeat, you’ll find new hidden moments you missed on earlier viewings.

There’s a lot to unpack from the teaser, including the featured music, which is an earworm that will certainly send viewers to Shazam to try to figure out what it is.

“Separate Ways (Worlds Apart)” by Journey is included in the background of the Stranger Things season 4 feature-length teaser. It’s an excellent match for the dramatic teaser, and the Netflix editing crew did an excellent job of linking the song into key scenes.

If the trailer’s usage of “Separate Ways (Worlds Apart)” is any indicator, we could be in for an incredible soundtrack with other 80s tunes from some of the era’s biggest musicians! Let’s hope Netflix finds a way to incorporate classic tunes into the show’s score, because this iconic Journey track served as the ideal build-up to the violent trailer.

Also read: Kathmandu Connection Season 2 – Everything You Should Know

What Happened In Season 3 Of ‘STRANGER THINGS’?

This season starts a year after the second season ended. What occurred last year? Romance. Eleven, Mike, and Lucas are dating.

Beyond adolescent love, Joyce is puzzled by her falling fridge magnets, and Hopper struggles to raise a now-teenaged Eleven while trying to stop her from seeing Mike (i.e. a lot of making out). Dustin meets Suzie, a Mormon girl whose parents forbid her from contacting Dustin.

In the 1980s, Steve and Robin got their first job at Scoops Ahoy in the new Starcourt Mall.

But nothing in Hawkins is perfect. Dustin hears a Russian message while listening to Suzie on the radio. Starcourt Mall is being used by Russians to reopen the Upside Down, Robin, Steve, and Dustin learn.
So they go to the mall with Lucas’ sister, Erica.

The Russians have imprisoned them in a subterranean elevator. Robin and Steve are kidnapped, beaten, and forced to swallow truth serum. In the mall’s toilet, Robin comes out as gay to Steve.

Billy now works at the neighbourhood pool and is possessed by the Mind Flayer while having an affair with Mike and Nancy’s mother, Mrs Wheeler.

Neither Nancy nor Jonathan are taken seriously as journalists at The Hawkins Gazette. To find out what Billy’s demon has done to Mrs. Driscoll, they question her.

Eleven spies on Billy, fearing the Mind Flayer has him. The heat affects Billy, something the demon cannot abide. In the end, he flees.

The Mind Flayer bites Eleven’s leg at the end of the season. She seemed to have lost her powers despite slaying the monster.

It becomes that the Russians can use the mall and other assets to bring in an unknown liquid substance. Then he and Joyce meet Alexei, a Russian scientist.

Also read: Ray Season 2 – Everything To Know About

They send him to meet Murray, the second season’s journalist. That the Russians aim to reopen the fearsome Upside Down.

During the town’s Fun Fair, Hopper and Joyce run upon a Russian enforcer who executes Alexei.
This is when things get tense.

Is Season 4 Of Stranger Things The Final Season?

Thankfully, this is not the truth! Despite the fact that season 4 is divided into two volumes, we will not be seeing our favorite crew for the foreseeable future. It’s understandable why some people might believe so, given the fact that there have been Netflix shows, such as Ozark and Grace and Frankie, whose final seasons have been split into two parts. Fortunately, Stranger Things will be able to tell even more stories in the future.

Season 4 isn’t over yet, but an endgame has been set. Stranger Things 5 will be the final season. The programme has already been officially renewed by Netflix, so there’s no need to worry about it ending abruptly or on a cliffhanger.

Enjoy season 4 knowing that the program will have at least one more season. Then there may be Stranger Things spinoffs, though nothing has been officially revealed. Netflix is unlikely to let one of its most smash shows go without at least one spinoff.