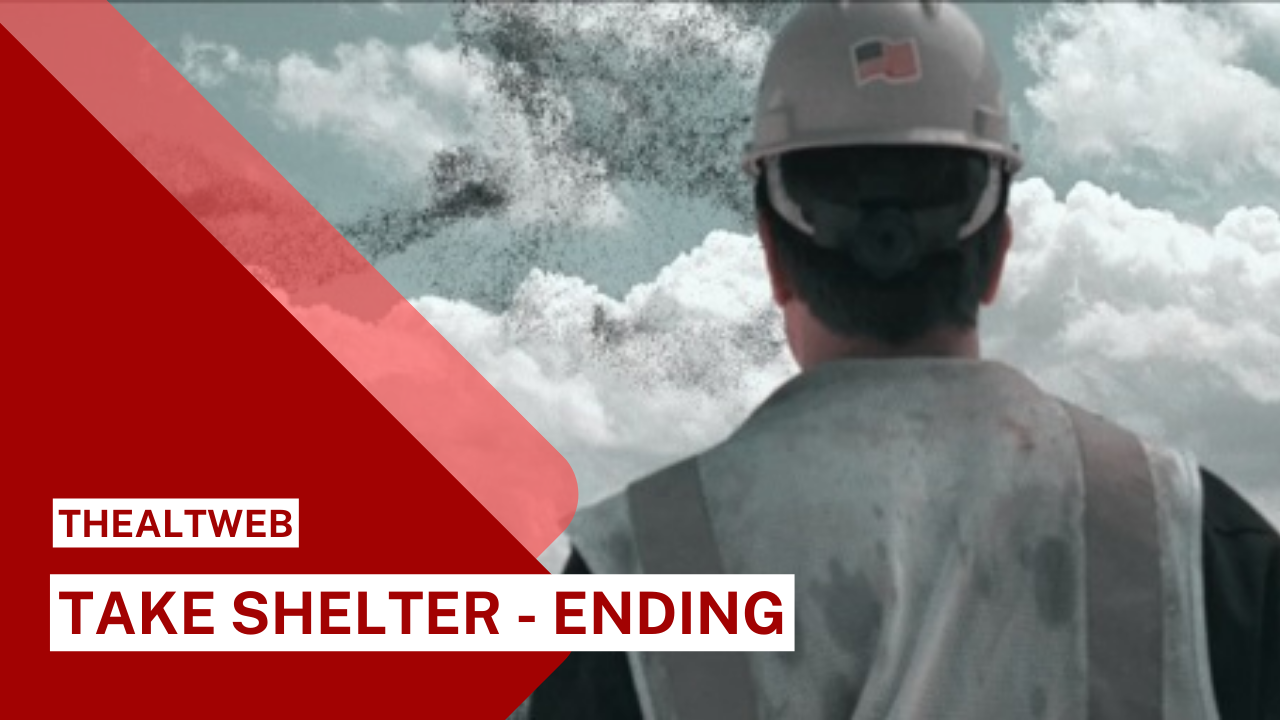 Jeff Nichols (“Mud” and an unnamed “A Quiet Place” spin-off) has made it apparent that he is at ease with ambiguity throughout his career. Although the stories he delivers are engrossing, they don’t always conclude with a clear explanation of what’s going on. That is certainly the case in “Take Shelter,” an unusual thriller with scary overtones. The film finishes on a note that might or could not be a sign of impending doom.

Curtis (Michael Shannon) is a working-class man living in the little town of LaGrange, Ohio. Curtis enjoys a lovely life with his wife Samantha (Jessica Chastain) and daughter Hannah (Tova Stewart), but his pleasant life is turned upside down when Curtis begins to have vivid, frightening dreams that wake him up in a panic.

Curtis sees a storm approaching in his nightmares. He begins to believe that the dreams he is having are prophetic, and he begins to prepare for the storm that he believes is approaching.

Curtis finally constructs a shelter on his land.

Curtis’ ties with the community, where he was formerly revered, begin to crumble as he becomes increasingly persuaded of the impending catastrophe. He loses his job and has an emotional outburst with one of his coworker pals. Samantha eventually grows concerned enough to take him to the doctor, who advises Curtis to consult a psychiatrist.

Even as his personal life falls apart, Curtis is dedicating increasing amounts of time to the construction of a bunker that he believes will give the protection he and his family require when the storm strikes. Despite the fact that Curtis and Samantha’s relationship isn’t as strong as it once was, the two of them continue together, and LaGrange is ultimately hit by a hurricane.

Curtis and his family take cover in the shelter he’s built when the storm hits, but Curtis is hesitant to leave once the storm has passed. When he finally emerges and notices that the sun is shining, he consults with another doctor, who advises the family to take a holiday. Curtis may need to be institutionalized when they return, according to the doctor.

Curtis, Samantha, and Hannah then head to Myrtle Beach, where Curtis is seen creating a sandcastle. Then, as a tremendous storm approaches, Samantha emerges from the rented cabin and just replies, “OK.”

Is the impending storm a sign that Curtis is correct?

The ending of “Take Shelter” may appear conclusive, yet it may be interpreted in a variety of ways. The first and most obvious reason is that the storm is real and is approaching. Curtis’ dreams were true throughout the movie, and everyone felt he was insane since it’s not every day you marry a genuine prophet.

The family sought refuge from the previous storm, which was not a genuine storm, but this one is. Samantha restores her confidence in her husband in the last minutes of the film, and the family prepares for the storm that threatens to devour them whole.

With this literal reading of the finale, “Take Shelter” becomes a biblical epic. Curtis is a prophet who foresees the end of the world and is finally proven true, despite the fact that he encounters many skeptics along the way.

Curtis and his family could be envisioning the storm as well.

Other interpretations of the finale, on the other hand, are far less literal. The film’s concluding minutes are, in one sense, just another of Curtis’ fantasies. He’s seen the storm approaching again, even though it may never materialize.

Curtis and his family might perhaps be suffering from a collective hallucination. Curtis has taken his family on a voyage to the brink of reality, and Samantha and Hannah have finally crossed the line with him.

Regardless of what the conclusion implies for the world’s fate, it’s equally important to contemplate what it means for the family at the core of the film. Curtis’ conviction in his prophetic dreams splits his family, but there’s a payout for Samantha’s faith in him in the film’s final scenes. They come to a consensus on what the future holds, even if that consensus isn’t founded on any type of physical truth.