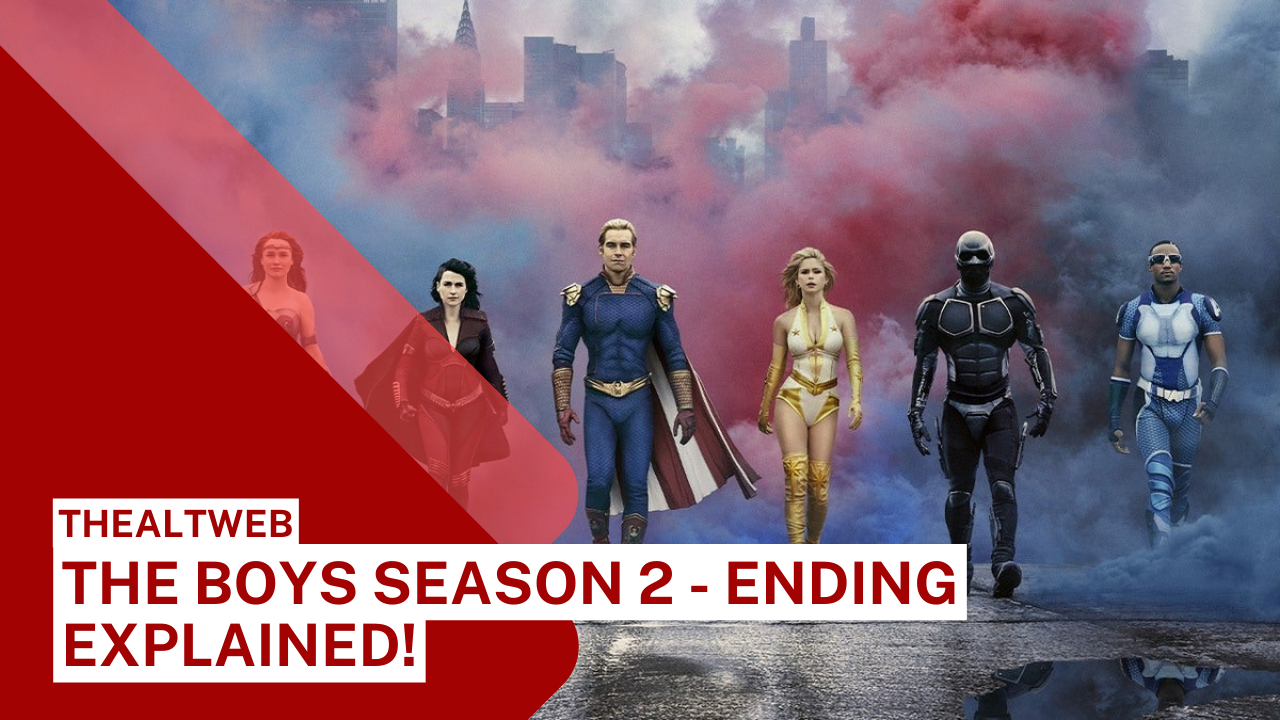 We have lots to talk about now that The Boys Season 2 is finally over. Leave your thoughts on the season in the comments below, then read our interviews with actor Nathan Mitchell on the show’s future, VFX supervisor Stephan Fleet about the season’s fantastic head-exploding gore, and actor Claudia Doumit about the bizarre Victoria Neuman surprise.

Season 2 of The Boys was a roller coaster. Season 2 took us to some genuinely bizarre and scary areas, from the mystery of the head explosions to The Deep’s journey into a cult. Oh, and an actual nazi won America’s hearts and minds—although that part doesn’t sound so far-fetched anymore, which is precisely the point.

With the Season 2 conclusion, “What I Know,” now available to stream, it’s time to take a look back at the entire voyage and see where it leads us. After all, The Boys Season 3 has already piqued our interest.

Butcher has lost Becca for good at the end of Season 2’s finale. When her son Ryan attempts to rescue her from Stormfront, he accidentally kills her. Butcher is now at his lowest moment in the season, much worse than when she elected to stay at the complex earlier in the season. Mallory, on the other hand, offers a way forward: she’s securing financing from Congresswoman Victoria Neuman (more on her later) so The Boys may continue their quest of tracking down the world’s superhumans. Butcher doesn’t immediately respond to the suggestion but considering all he’s lost, it’s safe to assume he’ll take advantage of the opportunity to exact revenge on Homelander in any way he can.

The accusations against the other members of The Boys—even for the crimes they did commit—are all dismissed by the conclusion of the season, giving them a somewhat happy finish to their season-long arcs. While Frenchie and Kimiko are dancing, Mother’s Milk reunites with his family. Kimiko has started teaching Frenchie sign language, and the two of them are closer than they’ve ever been.

In Season 2, the Seven had a rough time. Thanks to Alistair’s intervention with Vought CEO Stan Edgar and Shockwave’s death during the hearing, A-Train has rejoined the crew. Furthermore, his heart appears to be in better condition. The same cannot be said for The Deep, who is nonetheless driven out of The Seven when the Church of the Collective labels him a “toxic personality” in his farewell scene.

Since his confrontation with Starlight and Queen Maeve in Episode 7, Black Noir has been in a tree nut-induced coma. Stormfront is either dead or “neutralized” and imprisoned somewhere only Vought knows, according to Homelander.

Season 2 of The Boys had a large number of deaths. From Alistair, the president of the Church of the Collective, to Lamplighter, and even Kimiko’s brother Kenji, almost every new character introduced this season died by the season’s finale. Raynor from the season-opening, Shockwave, and Vogelbaum was among the characters who died. Even Stormfront, the series’ most heinous enemy to yet, was rendered ineffective in the end, but we’ll have to wait and see if she’s truly dead.

With all of those loose ends wrapped, we’re left with only a few more personalities to talk about, the most notable of which is Congresswoman Victoria Neuman. Neuman was secretly on Vought’s side all along, allowing Vought to influence both sides of the Compound V discussion, as shown in the finale’s last moments. Neuman is a supervillain who murdered Raynor, popped all the heads at the hearing, and killed Alistair in the climax. It’s a clever surprise that even Claudia Doumit, who portrays Neuman, didn’t see coming until the hearing scene.