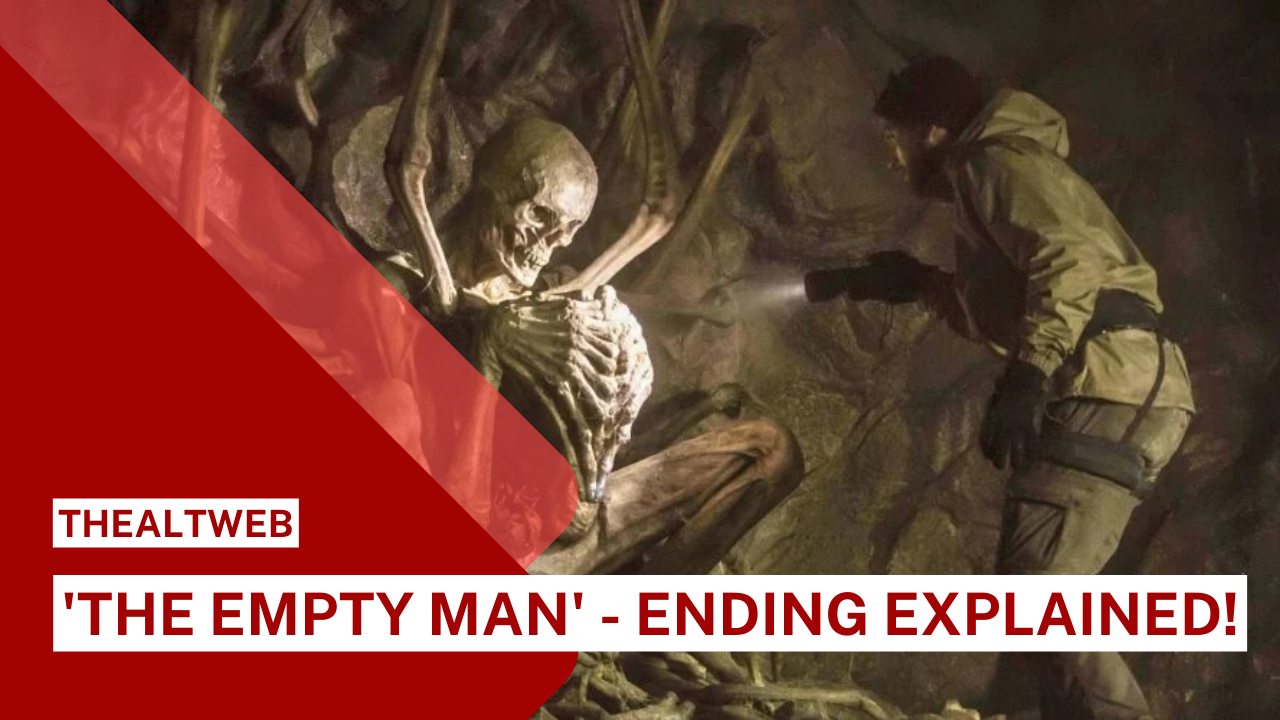 The Empty Man was published in October of 2020, but HBO Max only recently broadcast it. The Empty Man follows an ex-cop (James Badge Dale) as he uncovers a frightening cult linked to the deaths of many youths and the abduction of a little child in filmmaker David Prior’s feature film debut. The narrative blends a number of horror subgenres and is based on the graphic novel of the same name by Cullen Bunn and Vanesa R. Del Rey.

On the one hand, The Empty Man is a boogeyman story in which a group of teens believe in an urban legend and summon the titular Empty Man, who proceeds to influence the youths into making dangerous decisions. The film, on the other hand, is evocative of Ari Aster’s works Hereditary and Midsommar, in which cults are the main adversaries. As Dale’s James Lasombra is a broken, cynical ex-cop at the center of the novel, these subgenres are combined with a detective-crime basis. With so many storylines at play, The Empty Man requires some explanation as to how the cult, boogeyman, and detective aspects all work together to create a devastating picture of sorrow and loss.

When The Empty Man starts, it feels like a whole other film. However, as the prologue progresses, it becomes evident that the mythology, mechanics, and origin narrative for the film’s supernatural evil guy are being established. Four friends go hiking in the mountains of Bhutan’s Ura Valley in 1995. When Paul (Aaron Poole) hears a faint whistling, he pursues it into a mountain tunnel. Greg (Evan Jonigkeit), one of his pals, goes down to save him, only to discover Paul seated in front of a weird shrine to a gigantic skeleton with its numerous limbs arranged symmetrically around it.

“You’ll die if you touch me,” Paul says quietly. Despite Paul’s warning, Greg drags his friend out of the cave. However, Paul remains quiet and limp, and winter is approaching. An abandoned cottage serves as a safe haven for the group of pals. Greg finds scars on Paul’s wrists while examining his body for injuries – evidence of past or perhaps current psychological troubles. This is significant because, as the Empty Man later reveals in the film, he seeks out those who are weak.

The first day concludes with the group of friends staying in the cabin to weather the storm. Ruthie (Virginia Krull), Paul’s girlfriend, finds a whistling instrument and blows through it before going to sleep. Greg and his fiancée Fiona (Jessica Matten) leave the cabin on the second day in quest of assistance. Ruthie walks outdoors in the snowfall while they’re gone, thinking she sees someone in the distance. But it isn’t just one person.

It’s a black-clad thing that’s ominously approaching her at a quicker and faster pace. Greg and Fiona come after Ruthie flees back inside the cabin, but they are skeptical of what she has seen. Paul vanishes from the cabin on the third day. His companions catch him blowing into a whistling instrument in front of a bridge. Ruthie unveils a knife and murders, Greg and Fiona, before hurling herself down the cliff before Greg and Fiona can figure out what’s really going on. Paul is the only one who has survived, however, he is no longer Paul, but rather a shell for the Empty Man.

The rest of the film takes place 23 years later in Webster Mills, Missouri, and differs from the opening scene’s setting and people. Despite this, the plot follows the same three-day framework building up to the Empty Man’s ultimate reappearance. We follow ex-cop James Lasombra (Dale) after he and his wife and children were killed in a vehicle accident. Naturally, James’ vulnerable status makes him a great target for the Empty Man. He even spends his birthday in a diner by himself. Amanda (Sasha Frolova), the daughter of his neighbor, Nora, appears to be his sole buddy (Marin Ireland). When Amanda runs away, her mother enlists the help of James and the local police to track her down.

James’ inquiry begins on the first day. On Amanda’s bathroom mirror, he discovers the words “The Empty Man made me do it” painted in animal blood. In her notebook, he also discovers a flier for the Pontifex Institute. When James runs into one of Amanda’s classmates at school, he inquires about the Empty Man. The Empty Man, according to Davara (Samantha Logan), is an urban legend. To call him, you must stand on a bridge and blow into a bottle.

That’s precisely what Davara, Amanda, and the rest of their friends did, she says. James rushes onto the bridge where Amanda’s other companions had gone that night in search of them, only to find their bodies hanging below the bridge. Amanda, on the other hand, is not one of them. Davara is finally seized by the Empty Man that night, slashing herself with a pair of scissors many times. The cops, like James, have no clear answers. “We can’t indict the universe,” Detective Villiers (Ron Canada) says of other connected fatalities ascribed to the Empty Man. James believes he has an intruder in his home that night, maybe the Empty Man himself.

On the second day, James visits the Pontifex Institute. He discovers that its members worship the Empty Man at one of their services. He’s not simply an urban legend’s boogeyman, but also a cult’s holy figure. He confronts Arthur Parsons (Stephen Root), the commander, who describes how The Empty Man summons select people from another dimension.

Before departing, Parsons expresses his delight at seeing James again, despite the fact that James believes this is his first visit to the Pontifex Institute. James gets forced out of the building after investigating inside and running upon groups of people meditating and reaching out to a creature in the dark. Outside, he encounters Garrett (Robert Aramayo), who informs James that Amanda has been abducted by the cult and is being held at a remote camp.

When James arrives at the camp, he discovers a file cabinet with an empty folder with his name on it in one of the cabins – another further proof indicating, as the cult leader implied, that James has previously been a member of the Pontifex Institute. Outside, as the day fades into night, he observes a fire ceremony with members veiled in darkness, who eventually pursue him out of the woods.

James accompanies Garrett and other cult members to a hospital on the third and last day. They bow before a sick man named Paul, who was possessed by the Empty Man for the first time 23 years ago in Bhutan. Garrett is kidnapped by James, who reveals that Paul has served as a type of “antenna” enabling the empty man to infiltrate our world. When James arrives at the hospital, he discovers Amanda ministering to Paul, who is bedridden. She reveals that the Empty Man requires a new vessel because Paul is nearing the end of his life. James has been groomed and prepared by Amanda and the Pontifex Institute to be the next vessel, the next Empty Man.

Amanda was aware that James had an affair with her mother, Nora, and that as a result of the affair, he had neglected his wife and son, resulting in their deaths. She and the group were able to brainwash James using his anguish and sorrow, and turn him into a “Tulpa,” a blank slate for the legendary figure to occupy. Everything about James, it turns out, has been made up. The Pontifex Institute sculpted James, who may have been someone else totally before the events of the film, to become an empty vessel for the ancient spirit, from his affair with Nora to his birthday three days ago to his sad history of pain and loss from the deaths of his wife and kid. The Empty Man eventually takes over James after this discovery and a sequence of hallucinations, while his hospital followers bow before him.

The occult and psychological horror collide in David Prior’s feature directorial debut. Whether it’s an urban tale about a boogeyman or a cult’s ambition to restore an old supernatural creature, it raises issues about the nature of believing. The Empty Man is a tough film to watch, not because of the horror components (though there are plenty of frightening death sequences and ceremonial imagery), but because of the film’s gloomy themes and representations of loss, bereavement, and mental illness.