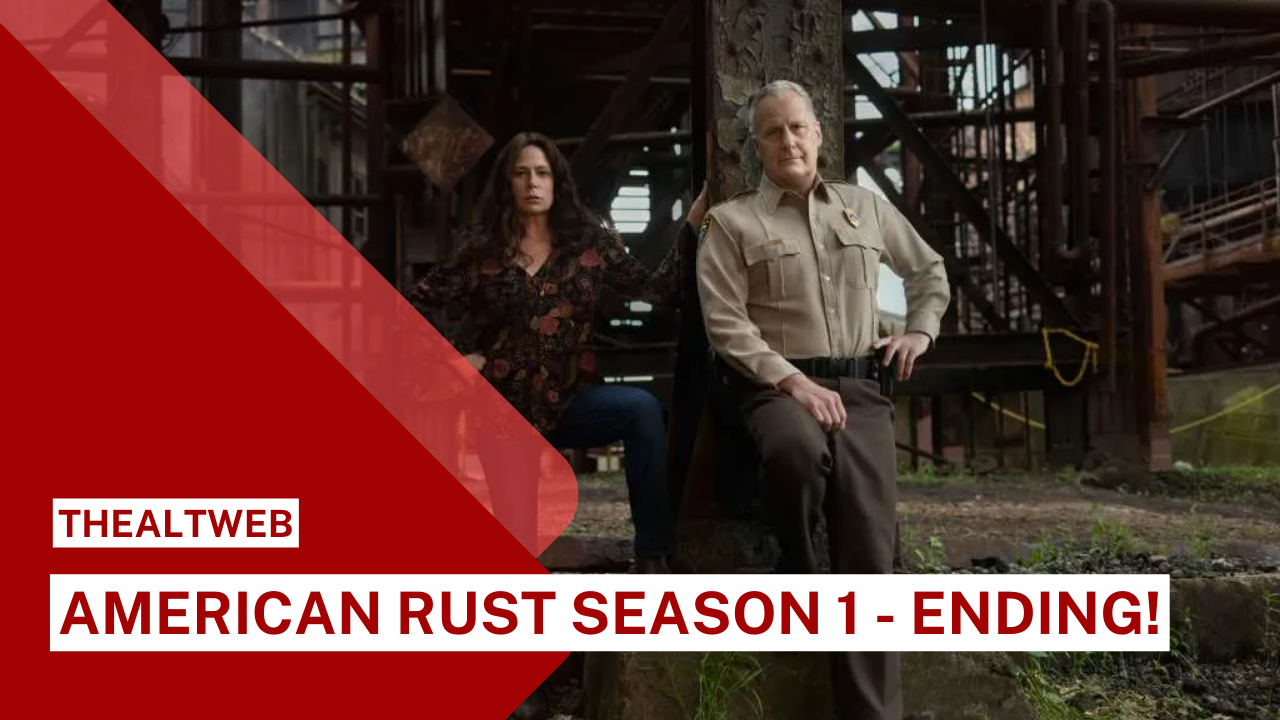 The first season of Showtime’s crime thriller “American Rust” has come to a close, and given the series’ mixed reception from fans and reviewers, it’s possible that this could be the series’ final season – which is terrible, given how many issues the Season 1 conclusion leaves unresolved.

The series follows police chief Del Harris (Jeff Daniels) as he investigates a murder in the decaying Rust Belt town of Buell, which is based on the 2009 novel of the same name. Buell is a tough place to live, and many residents have turned to crime to make ends meet. Indeed, a significant portion of the novel is with Harris’ own efforts to preserve his morals as his inquiry pushes him to the brink. Harris’ breaking point, as it turns out, occurs in the Season 1 finale, when he decides to abandon the law and pursue justice on his own.

Del found Steve’s killer, but in the end, he ended up assisting him.

Del’s investigation into the killing of crooked cop Steve Novick is the focus of the first season of “American Rust.” When the leading suspect is revealed to be Billy Poe (Alex Neustaedter), Del’s love interest Grace’s son, the investigation gets more problematic (Maura Tierney). Del learns during the course of the novel that Billy is genuinely innocent and that Novick was slain in an attempt to protect Billy by his buddy Isaac (David Alvarez). Bobby Jesus (William Apps) and Jackson Berg (Dallas Roberts) were selling narcotics with Novick, with the former seeing Novick’s death. Del agrees to assist Isaac in covering his tracks in the season finale and manages to track Bobby Jesus and Jackson down to a lodge.

Del shoots and murders both Jackson and Bobby after a brief dispute then proceed to stage the two bodies to make it appear as if they murdered each other during an argument. Unfortunately, he discovers too late that another person is still in the cabin: an elderly woman with a shotgun who shoots Del in the shoulder. Del shoots her in the head and stage-manages the situation to make it look like she perished in the crossfire of Jackson and Bobby’s bloodbath. Grace reminds him that he did the right thing as he comes home with his traces almost completely buried.

Billy is in a coma and is not expected to wake up.

Billy Poe is freed from solitary confinement and returned to the regular population of the jail –– where he is instantly beaten to death by members of the Aryan Nation. He is rushed to the hospital and put into a medically induced coma.

The DA was on the point of freeing Billy from prison when Bobby Jesus died. He was about to get a new start, and Grace’s anguish is palpable when she goes to see him later in the episode and finds her son, bloodied and beaten, lying in a hospital bed.

There’s no assurance Billy will live, and given everything Grace has been through, it’s understandable that seeing her kid in this state would be as devastating to her as the cabin gunfight was for Del. She was only days away from having her son released from jail and back into her life, and now she has to wonder if he’ll even live long enough to return home. It’s understandable that she chooses to support Del’s risky behavior.

The tipping point for Del Harris is

Del’s conduct is highlighted by a visit by two Pittsburgh detectives, who confront Del about his old colleague Chuck’s death (Danny Mastrogiorgio). Despite witnessing Chuck’s suicide in Episode 6, Del tells the investigators that he has no idea what happened to him. Del has clearly accepted his immortality at this time, and he no longer feels compelled to follow the law or his own morals, which makes him potentially much more dangerous than the other characters in the series.

Isaac, who has returned to Buell with plans to turn himself in for Novick’s murder, interrupts Del’s appointment with the detectives. Del intercepts him before he can confess to anyone else, and when Isaac shows him the wrench he used to murder Novick, Del calmly urges him to put it away and never reveal it to anyone else.

Del’s point of no return is essential to the ending. If there is a Season 2, Del will almost certainly have to deal with the repercussions of his acts, and one can only hope he doesn’t damage anybody else in the process of attempting to hide his tracks.