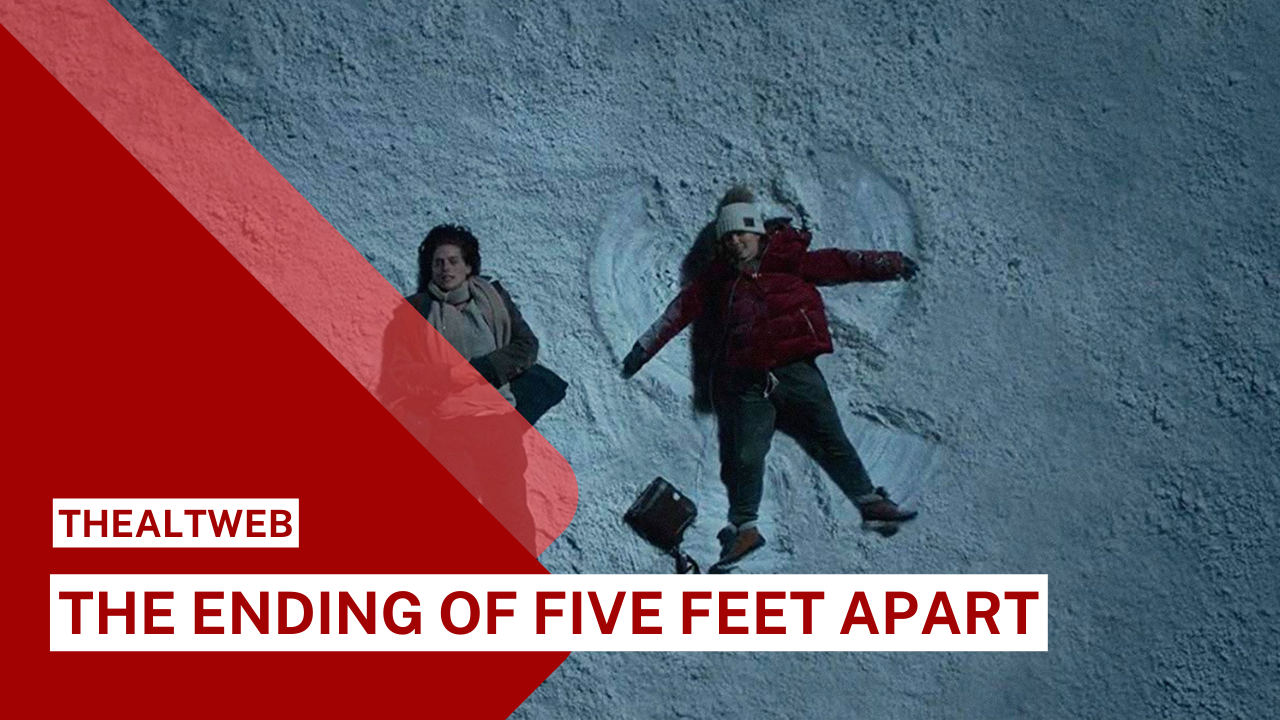 “Five Feet Apart,” directed by Justin Baldoni, who is most known for his role as Rafael on “Jane the Virgin,” was released in 2019. Stella Grant and William “Will” Newman, two young people with cystic fibrosis who form a strong connection while receiving treatment at the same hospital, are portrayed by Haley Lu Richardson and Cole Sprouse, respectively. “Five Feet Apart” follows the couple as Stella encourages Will to obey the restrictions and stick to his treatment plan, while he teaches her how to enjoy life outside of his hospital bed.

The title alludes to the requirement that Stella and Will must keep six feet away at all times in order to avoid contracting one other’s viruses or illnesses, which might severely compromise their immune systems. Except that the pair frequently defies the rules, gaining a foot and increasing their distance to five feet. Stella and Will carry on with continual physical space between them, unable to touch one other for fear of harming themselves, as Stella begins to wonder if she is truly living or merely going through the motions for therapy.

When Stella is offered the chance to have the lung transplant that she has been waiting for, everything they’ve ever spoken about, including whether they can actually live a life with cystic fibrosis, is put to the test. But she pauses for a while, unsure if prolonging her life by a few years is truly worthwhile. So, what is she going to do?

What will happen to Stella and Will?

Stella and Will are off on an adventure near the conclusion of the movie when a woman with a deadly injury arrives at the hospital. Her lungs are an exact match for Stella’s, but she isn’t there when they go to inform her. Stella gets the call with the good news, but instead of being overjoyed, she feels devastated, questioning whether the transplant is really worthwhile. Will, thankfully, is present, and he encourages Stella to proceed with the lung transplant, arguing that she should spend the years she has left doing whatever she wants with whomever she wants.

The procedure is successful, but Will receives some unpleasant news. Will tells Stella that his drug trial isn’t working, confesses his love for her, and bids her farewell through the glass that separates them. Will can’t risk infecting Stella with her new lungs, so he flees, not wanting her to lose another person she cares about. “Five Feet Apart” then jumps forward in time, to when Claire appears in a YouTube video, telling everyone watching to cherish those they love and their ability to “touch” them, while clips show Claire’s past experiences with Will and everyone important to her.

Will dies in the film, but in an interview with Refinery29, Sprouse stated that he does not “We wanted the ending to be as open-ended as possible. Many viewers of the film believe he is still alive.” So, even if Sprouse doesn’t end up with Stella, it’s ultimately up to the audience to decide what they believe happened to his character.

Many different endings were shot.

While the official cut of “Five Feet Apart” ends with Stella’s video message, Baldoni actually shot several different endings and tested them out on test audiences to see which one worked best. On the official social media of “Five Feet Apart,” one of the more positive alternative endings was even released. Stella with her family and friends after her lung transplant is depicted in a different ending. While sitting outside, she notices Will to the side and approaches him, her voiceover repeating the message from the original ending video. The two simply exchange smiles and stares, leaving viewers to wonder if their romance will continue or if they will part ways.

Sprouse revealed in an interview with Bustle that they actually filmed three or four endings to choose from and that it was probably the part of the film that the creators spent the most time thinking about. “It’s very rare that your lead character can look at you and kind of deliver the ending,” the director told the publication, “telling us how she felt, and [giving] us a personal lesson based on her journey.” Because of the story’s use of social media and YouTube, Baldoni had the perfect opportunity to deliver a direct but fitting final message.

In the book Five Feet Apart, what happens?

The film “Five Feet Apart” has a book adaptation, but it is unique in that both the film and the book were created at the same time. Despite this, the two versions of Stella and Will’s story have a few key differences, the most significant of which is the ending. The audience can choose whether Will dies or the two see each other again in the film, but the main characters’ story in the book has a much more hopeful conclusion.

The book still ends with Stella’s YouTube video, but this time Will is watching it instead of being in the audience. Eight months after breaking up with Stella, he’s waiting for his friend Jason at the airport, watching the video. Will is going on a trip to Rio, and he has always wanted to travel and see the world. Stella, who is visiting Rome with her friends Mya and Camila, happens to be there as well.

When Stella and Will see each other, they stand six feet apart, then five, leaving it up to interpretation whether this means they’ve rekindled their romance.