The Ending Of Pig – EXPLAINED! 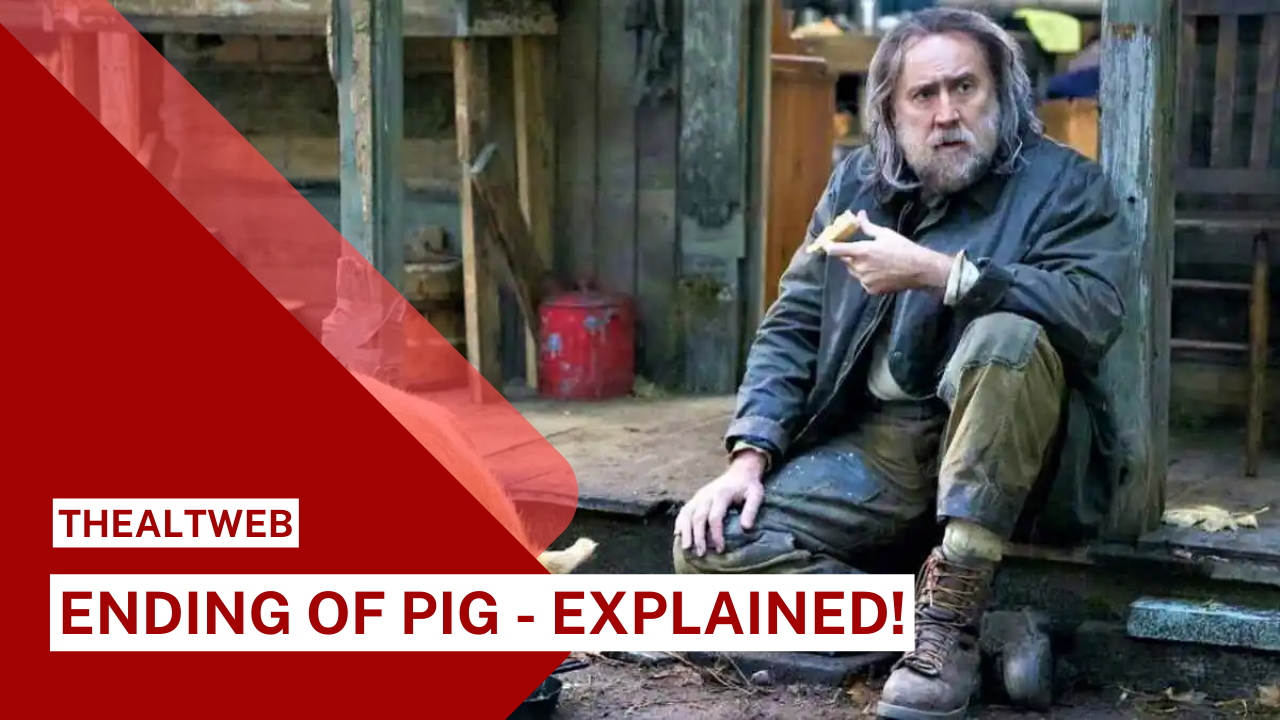 Nicholas Cage has built a reputation over the years for starring in some of Hollywood’s most bizarre projects. Cage’s performances are always a little “out there,” whether they’re as a psychotic, face-stealing terrorist in “Face Off” or as a baby-stealing ex-convict in “Raising Arizona.” No matter what character he plays, he always goes broke, and “Pig” from 2021 is no exception.

Cage portrays Robin “Rob” Feld, a recluse truffle forger who hunts for truffles with the aid of his pet foraging pig in “Pig.” When Rob’s pig is kidnapped, he embarks on a vengeance mission that compels him to confront demons from his past while tracking down the pig-snatchers. It’s an odd but compelling character study, and Cage gives one of his greatest performances in years. The whole film is a somber, meticulous examination of loss, and the film’s conclusion builds on this subject by pushing Rob to confront yet another catastrophe in his life.

A lament over the loss

Rob finds that the criminals who took his pig mistreated her, resulting in her death, at the film’s finale. He’s crushed, and he retreats into the woods, dejected, much like he did when he first experienced loss many years before.

Rob was formerly a great chef living in Portland, Oregon, but had become reclusive after the loss of his wife, Lori, according to the movie (Cassandra Violet). Rob also explained that he didn’t need his pig to seek truffles because he could do so on his own, but he was just looking for her because he really liked her.

“If I hadn’t come searching for her, in my head, she’d still be alive,” Rob tells his buddy Amir (Alex Wolff). Rob set out on this voyage because he didn’t want to go through the same heartbreak he suffered from Lori, but he learns of the pig’s death as a result of his own acts.

The film poses an open issue to its viewers concerning grief: is it preferable to remain ignorant and avoid loss, or to confront it head-on and try to go forward?

Lori sang Bruce Springsteen’s “I’m on Fire” on the cassette, which was intended as a birthday present for Rob. The film makes it apparent that Rob has finally accepted his wife’s death and that the film’s journey has transformed him into a better version of himself by having him listen to Lori’s audio.

This is emphasized in a quick scene just before Rob enters his cabin, in which he wipes all of the blood off his face that had gathered throughout his stormy attempt to reclaim his pig. It’s a symbolic touch that underscores how the entire pursuit of his truffle-hunting pig was more of an escape from his sadness than a genuine means of coping with it, and that the only way to truly go ahead and change is to face his loss head-on. He cleans himself and enters the cabin as a new guy, ready to hear his wife’s voice and finally change.

While the tale neatly captures Rob’s whole emotional arc, it leaves the next stage in his life journey wide open for interpretation by the film’s conclusion. We know he’s vowed to keep delivering truffles to Amir (the teenage supplier whose affluent father was the one who stole the pig in the first place), but that commitment was made before he entered his cabin and listened to Lori’s video.

Given Rob’s evolution throughout the novel, it’s highly likely that after listening to Lori’s recording, he’ll begin to reintegrate into society, possibly even returning to his previous work as a chef. Perhaps he might work as a personal chef for Amir’s father, who was once a customer of Rob’s restaurant. The movie leaves it up to the spectator to make their own conclusions, although it appears that Rob’s future is brighter.