The Ending Of The Endless – EXPLAINED! 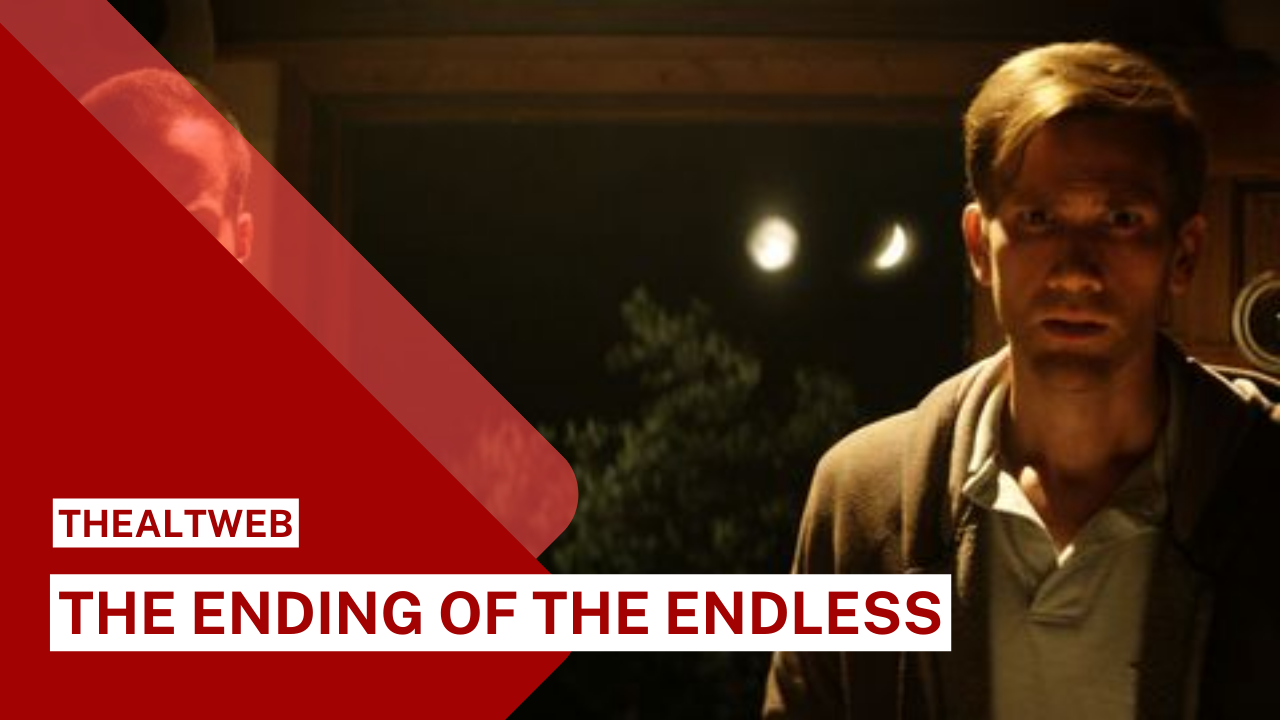 When the opening credits incorporate a quotation from author H.P. Lovecraft, you know you’re in for a good horror film. “The Endless,” the third film by independent filmmakers Justin Benson and Aaron Moorhead, who are currently the showrunners of “Moon Knight,” has links to their first film “Resolution” while still being unique and disturbing narrative in its own way. The film’s fear grows with each weird image: two moons rising in the sky, a tug of war with a rope carried aloft in the dark by an unknown monster.

Benson and Moorhead also play two brothers, Justin and Aaron, respectively. Camp Arcadia, a program they used to be a part of as kids, contacts the two of them one day. Justin, the older sibling who “saved” Aaron from them, remembers Arcadia as a frenzied cult, while the younger Aaron remembers it fondly. Aaron persuades Justin to attend Camp Arcadia because he is tired of their lonely and impoverished existence.

When they return, they discover that no one at the site has aged in the decade since they left and that Arcadia is under the power of an unknown force. Justin and Aaron will be confined at the camp for the rest of their lives if they do not leave soon. The only problem is that Aaron has no intention of leaving, even though they are constantly being watched by something strong and wicked.

This is how “The Endless” finale came to be.

The universes of this film and the preceding film Resolution are the same.

The residents of Camp Arcadia, it turns out, live in a temporal bubble established by the creature, who only communicates with humans through images and films. The entity in charge of the region is never seen, but it’s indicated that, like so much cosmic terror, it wields godlike power. When a third moon rises in the sky every ten years, the creature tears the camp to shreds, and the Arcadia members begin the circle all over again.

Other characters Justin encounters near the camp, on the other hand, are in even worse positions, reliving terrible deaths for the entity’s delight. This is where Benson and Moorhead arranged a crossover with “Resolution,” when Justin meets Chris and Mike, the main protagonists from that film.

“The Endless” shows that the entity that prevented them from fleeing in “Resolution” and the monster in this picture are the same thing, and Chris and Mike are still trapped in a seven-day time loop that can only end in their deaths five years later. Justin can only watch helplessly as the characters start their week all over again, stuck in a nightmare.

Brotherhood is at the heart of The Endless.

The friendship between the two brothers lies at the heart of “The Endless,” despite the film’s focus on malevolent cosmic beings and time rifts. Justin was simply trying to protect his brother, but it was still terrible of him to force Aaron to leave Camp Arcadia and live an unpleasant existence elsewhere. Meanwhile, Aaron cannot reconcile the disparity between his fond recollections of the group and the strange, terrible happenings that surrounded the camp.

As a consequence of confronting their pasts, both characters become healthier people: Aaron is ready to leave Camp Arcadia with his brother and accept the present after Justin apologizes for causing him pain.

Meanwhile, the camp’s residents welcome the moon’s third ascent with open arms, effectively resetting their timelines and welcoming the past. When the monster begins to destroy the camp, Justin and Aaron barely make it out alive, but they eventually escape and go on. It’s a relatively happy ending – at least for them – compared to most Lovecraftian horror stories. Others, such as Chris and Mike, aren’t so fortunate.