What We Do In The Shadows Season 4 – Current Updates on Release Date, Cast, and Plot in 2022! 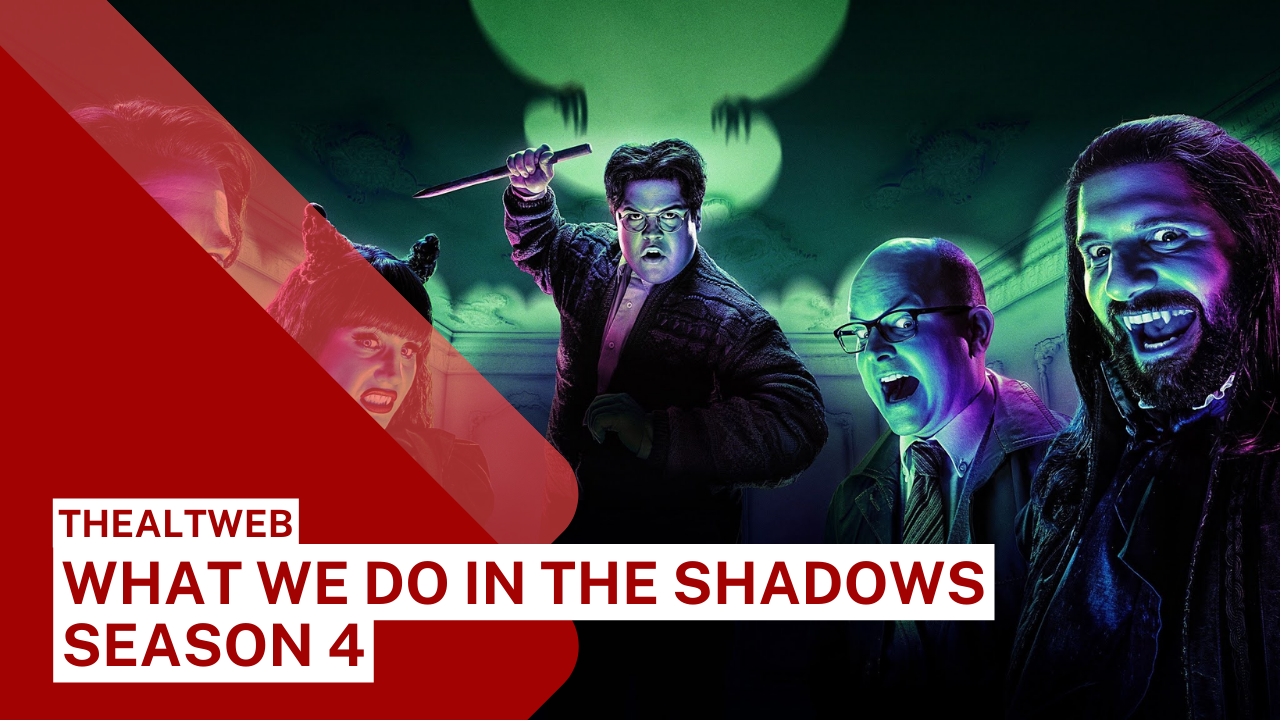 Staten Island is home to vampires. In the realm of “What We Do in the Shadows,” a blockbuster FX horror-comedy, everything is conceivable. FX’s “What We Do in the Shadows,” based on the film by Taika Waititi and Jemaine Clement, introduces a fresh cast of individuals who are all dealing with the types of challenges that might come after decades of living. There’s no shortage of gory mayhem in the supernatural comedy series with four vampires, a human familiar, and a ghost-possessed doll all living together. The sitcom has gained great critical acclaim since its release in 2019 and has even received a couple of Emmy nods.

The show’s third season just concluded, prompting viewers to speculate about the show’s future. The “What We Do in the Shadows” Season 3 conclusion, thanks to a few unexpected turns, left viewers with more questions than answers regarding the show’s unusual ensemble’s future.

What We Do in the Shadows | Inside Look

Season 4 of “What We Do in the Shadows” has all you need to know.

When will the fourth season of What We Do in the Shadows air?

In 2022, the fourth season of the show will premiere. The program is expected to return in the fourth quarter of 2022, although no precise date has been announced. After all, the show’s production schedule was modified due to the COVID-19 epidemic (via Vox), and the third season premiered in the fall.

What is the cast of Season 4 of What We Do in the Shadows?

Nandor (Kayvan Novak), Laszlo (Matt Berry), Nadja (Natasia Demetriou), Guillermo (Harvey Guillén), and Colin Robinson (Mark Proksch) all look to be returning for the fourth season of “What We Do in the Shadows.” In an interview with Deadline recently, Proksch announced his comeback. The actor teased that “a lot of” his work “would be done independently on green screen and other effects” in the upcoming season, confirming that his character will remain vulnerable.

The film “What We Do in the Shadows” is also recognized for its excellent cameos and supporting cast. Taika Waititi, the show’s creator and executive producer, as well as comedian David Cross, made unexpected cameos in the third season on their own (via Screen Rant). Waititi makes an appearance in the season via some amusing VHS tapes (via TVInsider).

In Season 4 of “What We Do in the Shadows,” fans may probably expect to see more of this kind of appearance.

What does What We Do in the Shadows Season 4 have in store for us?

Season 4 of “What We Do in the Shadows” is still a long way off, but that hasn’t stopped fans from wondering where the show’s major characters will end up. The most pressing concern now that the series has completed its third season is how Colin Robinson’s own rebirth will affect the show. Colin was on a mission to learn everything he could about energy vampires when he died at the ripe old age of 100, as viewers know. Everyone save Laszlo, who has been charged with caring for the child, knows about the character’s baby self now.

Meanwhile, now that Laszlo has duped Nadja into thinking he’s okay with her London relocation, the dynamic between the two of them might become fascinating. Furthermore, putting Guillermo in that shipping container and coffin forces Nadja to choose between love and a dream job with the Vampire Council, and may also put a stop to Guillermo’s ambitions of becoming a vampire.