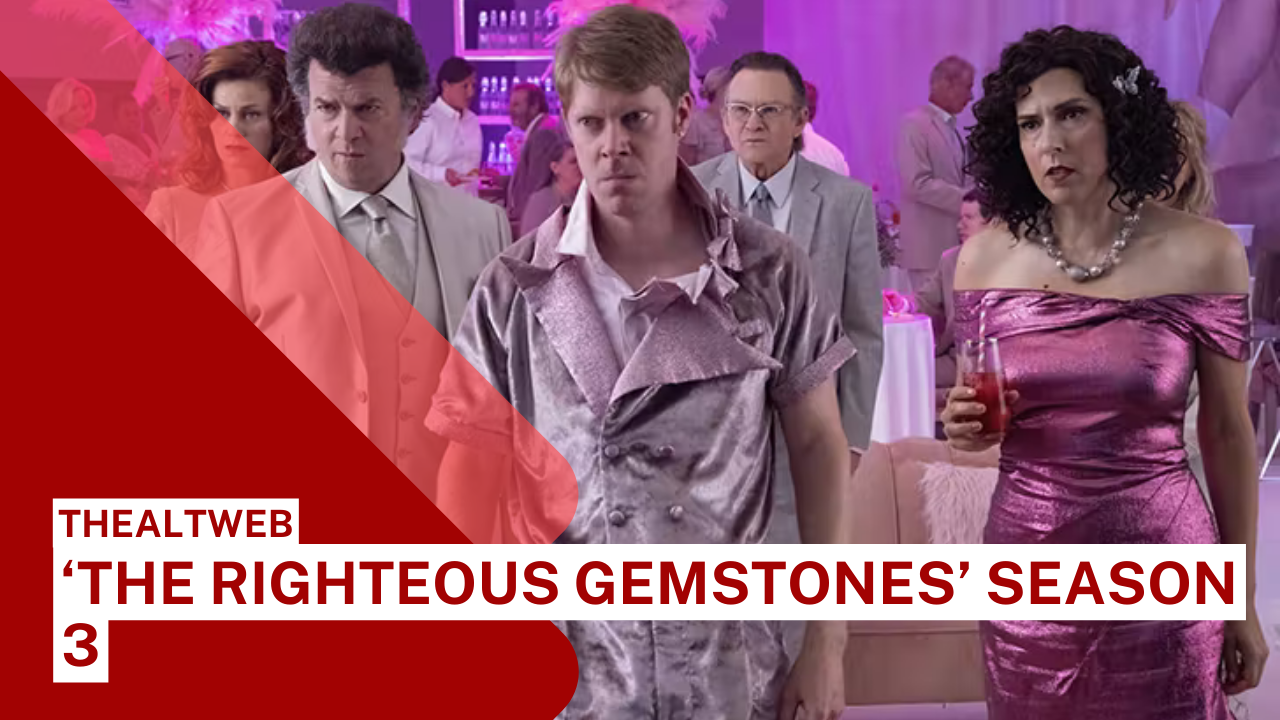 The Righteous Gemstones has come to an end after a season filled with hospital shootouts, megachurch transactions, and old man standoffs. And we know you’ve got one burning question following that finale. Will this poisonous family’s goldmine produce more?

We’ve got you covered there as well. Here’s all we know about Season 3 of The Righteous Gemstones, including a recap of Season 2. We’re not fighting here; we’re simply telling it like it is.

Is there a Season 3 of The Righteous Gemstones?

“Who wouldn’t want to return back for more after a season of literal hellfire, blood, sand, and rollerblading?” According to a press release from HBO’s Executive Vice President of Programming, Amy Gravitt. “No one makes us chuckle quite like the Gemstone family.”

When Does Season 3 of The Righteous Gemstones Start?

Things get a little more difficult here. The comedy debuted in August of 2019 and was renewed a month later for a second season. That season didn’t start airing until January 2022. Season 2 did not begin production until April 2021, despite the fact that a new episode was ordered in 2019.

According to past experience, a new season of The Righteous Gemstones takes roughly two years to produce. Season 3 could be released in 2024 if this is correct. Let’s hope the timeline is accelerated.

What Will happen at the End of Season 2 of The Righteous Gemstones?

There will be spoilers ahead. At the end of the day, Lyle Lissons (Eric André) was the mastermind behind all of Season 2’s backstabbing, thievery, and murders.

Lyle, you see, was the one supplying dirt on other religious bigwigs to journalist Thaniel (Jason Schwartzman). Their agreement, however, was short-lived. Thaniel threatened to reveal his secrets to the world if Lyle refused to offer him dirt on the Gemstones. Lyle and his men arrived at Thaniel’s residence in the dead of night to frighten him into doing what they wanted, but things quickly escalated. Lyle had to burn the place down and kill two more of his guys to conceal his tracks after Thaniel shot himself, three of Lyle’s men killed themselves with grenades, and Thaniel shot himself. That was the first of two strikes.

Eli Gemstone was the second strike (John Goodman). Lyle was the one who dispatched a gang of bikers to assassinate Eli. Why? In order for Jesse (Danny McBride) to be free of his father’s oppression. At the groundbreaking of Zion’s Landing, Lyle confessed to everything, prompting a shocked Jesse to slingshot him unconscious.

However, it was Lyle’s wife Lindy (Jessica Lowe) who struck third. Jesse summoned his family to assist him in determining what to do with Lyle’s body, believing he had just slain him. BJ (Tim Baltz) was shot, and Lindy threatened the rest of the family with a gun. They could either stay firm and let her kill BJ, or they could go into the ocean and allow Lyle and Lindy to flee. But don’t worry; the Gemstones selected the latter. Gemstones are always winners.

Jesse, Kelvin (Adam Devine), and Judy (Edi Patterson) were singing for their congregation in the final chapter of this segment, which took place a month later. His own snowmobile men tracked down the Lissons and killed Lindy before chasing Lyle onto a frozen lake. Lyle Lissons was ready to be devoured by wolves when Season 2 ended. It’s a sobering lesson not to cross the Gemstones. Amen.