When You Can Watch The Batman? 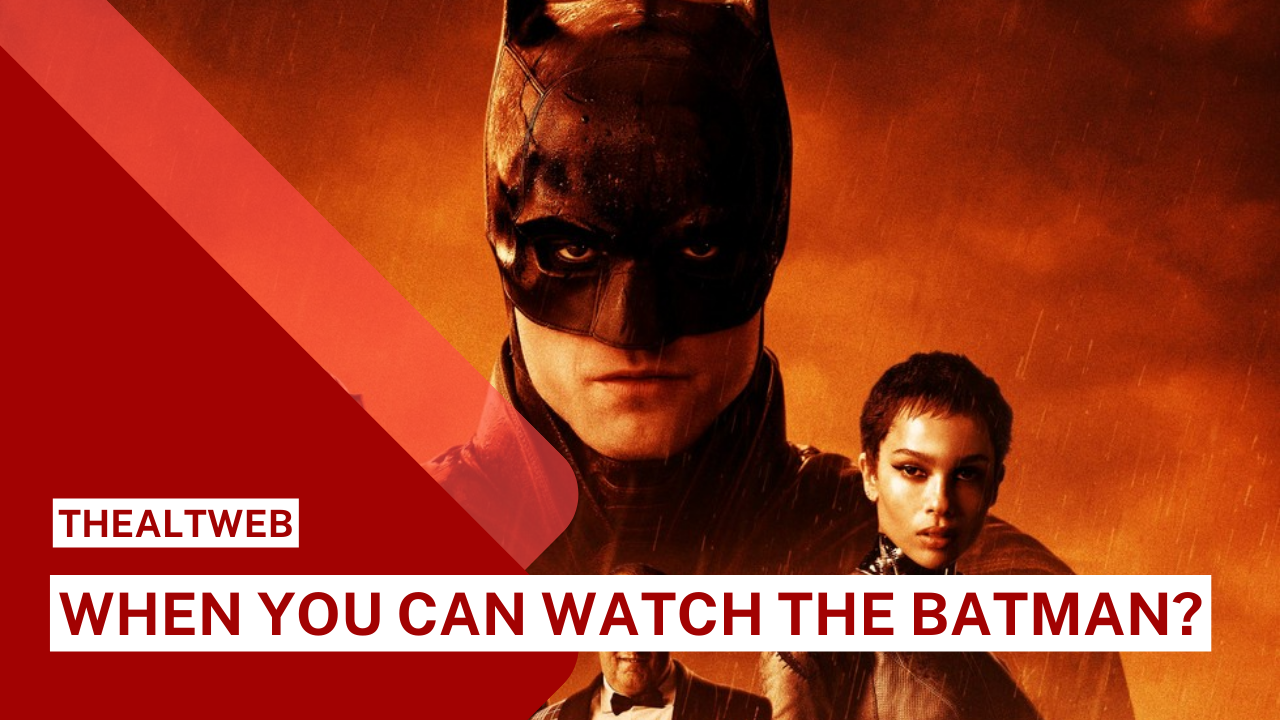 The release of “The Batman” is almost approaching, and based on what we’ve seen so far, this latest portrayal of Gotham’s dark knight may be his most distinctive appearance yet. The next movie in the franchise, like Christopher Nolan’s famous trilogy, attempts to take Bruce Wayne’s narrative in a whole different route – one that appears to be more akin to a psychological thriller than a superhero film.\

We see Batman (Robert Pattinson) pursuing crime amid rain-soaked subway stations and crumbling underground tunnels in the trailer, which highlights the Caped Crusader’s investigative background. The days of Batman swooping above skyscrapers and crowded city streets are long gone; this picture centers on Batman’s fall into the dark underbelly of a decaying metropolis. With odd symbols and crazy messages written on the floor alongside stacks of books and images, the Riddler’s (Paul Dano) lair appears more suitable to a serial murderer than a supervillain.

It’s a risky new direction that has divided some fans, but one thing is certain: “The Batman” is one of the most anticipated films of 2022, and fans hoping to watch it from the comfort of their own homes have just received fantastic news: the entire film will be available to stream for a limited time.

In April 2022, HBO Max will broadcast The Batman.

WarnerMedia CEO Jason Kilar stated during a recent appearance on Vox’s “Recode” podcast that “The Batman” will run exclusively in cinemas for 45 days when it opens on March 4, 2022. The movie will be accessible to stream on HBO Max after that 45th day (April 19th, to be exact), however, Kilar did not say how long it will be available on the popular streaming site. This six-week grace period will be the new standard for WarnerMedia films releasing on HBO Max, according to Kilar, which is a significant change from 2021.

Juggernaut blockbusters such as “Dune,” “The Suicide Squad,” and “The Matrix Resurrections” debuted simultaneously in cinemas and on streaming this year — a shift that is somewhat logical given how theatrical releases have struggled throughout the epidemic (“Spider-Man” notwithstanding).

It will be simpler than ever to give the picture a chance, regardless of how fans feel about the newest reinvention of the Batman property.