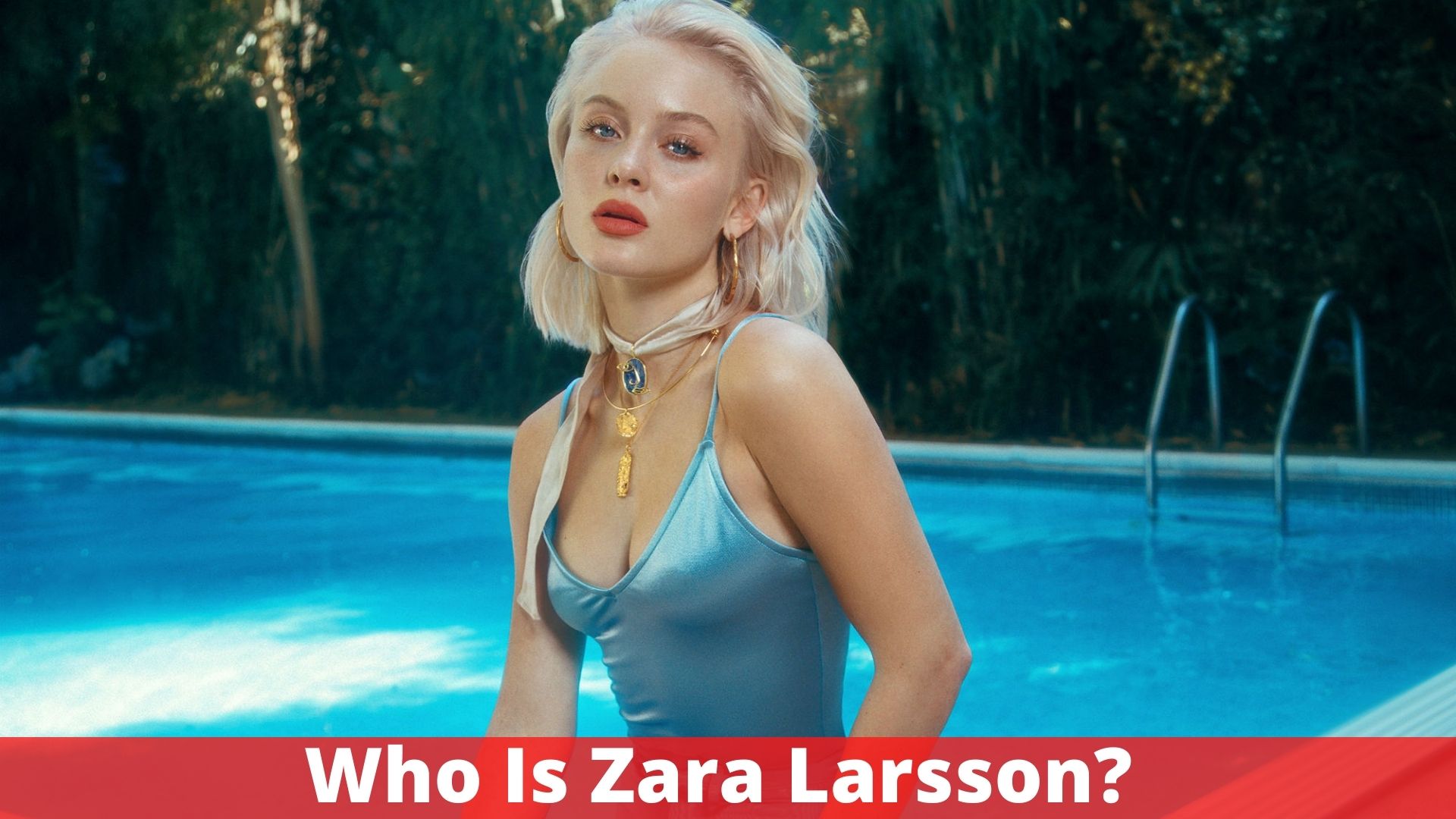 Zara Maria Larsson is a Swedish pop singer. She was born on December 16, 1997. She won the second season of Talang, the Swedish counterpart of the Got Talent format when she was ten years old. Since then, she’s had a string of hits, including “Lush Life” 2015, “Never Forget You” 2015, “Girls Like” 2016 with Tinie Tempah, and “Ain’t My Fault” 2017. She went on to appear on Clean Bandit’s track “Symphony” 2017, which went to number one in the UK and Sweden. In 2021, she will release her third studio album, which will be preceded by the international hit “Ruin My Life” 2018.

Larsson had signed with the record company TEN Music Group earlier in 2012, and her debut extended play Introducing was released in January 2013. Larsson’s first original single, “Uncover,” topped the music charts throughout Scandinavia and was certified 6x platinum in Sweden in promotion of the EP.

Larsson took to social media in October 2019 to criticize Demi Lovato’s views on the Israeli-Palestinian conflict. In response to the situation, Lovato stated on Instagram that she does not “have an opinion” and will not “take a side.” Larsson responded with a subtweet, claiming that those who “don’t care” are “part of the repressive side.” She later clarified that the tweet was not addressed solely towards Lovato, but rather to “all the folks who believe their choice to be politically disengaged is anything but a privilege.”

Larsson shared an image of text on her Instagram account on May 11, 2021, criticizing Israel for killing civilians and “upholding apartheid,” as well as emphasizing the need of standing up to antisemitism.

Larsson, a Beyoncé admirer, identifies as a feminist and styles herself after the singer as an “activist.” “Both my parents are highly knowledgeable when it comes to social issues and being woke about what’s going on around the world, and they’ve been very supportive of me having a voice,” she says of her parents’ openness on social media and in interviews.

Larsson was featured alongside American rapper Tyga on Kygo’s single “Like It Is” in March 2020. The song has done well in Sweden, New Zealand, and Norway, where it has reached the top five.

Larsson unveiled the single “Love Me Land” on Instagram in June 2020. On July 10, 2020, she released the single music video. An interview with her and Sveriges Radio was published the same day. Her new album will be released after 2020, she revealed. She went on to say: “In a completely different way, I’m getting ready. I’m working on the next song, the album cover, and the video, and the album is finished. I just have a different sense of readiness.”

The album’s title was then disclosed on her Spotify page, along with the fact that the title track will be the album’s first single. Larsson subsequently stated in an interview that the album’s title is Poster Girl and that it will be released in the fall.

After announcing it as a single on August 26, 2020, “Wow” would be included on the album. Larsson released a remix of “Wow” with American singer Sabrina Carpenter in September 2020.

She released “Talk About Love,” a collaboration with American rapper Young Thug, as the third single from Poster Girl on January 8, 2021.

Positive reviews greeted the release of Poster Girl on March 5, 2021. The album debuted at number three on the Swedish Albums Chart, number 12 on the UK Albums Chart, and number 170 on the US Billboard 200.

Larsson released a summer edition of Poster Girl on May 21, 2021. She also played songs at a Roblox party to commemorate the release of her new album.