Will there be any Season 6 of The Last Kingdom? 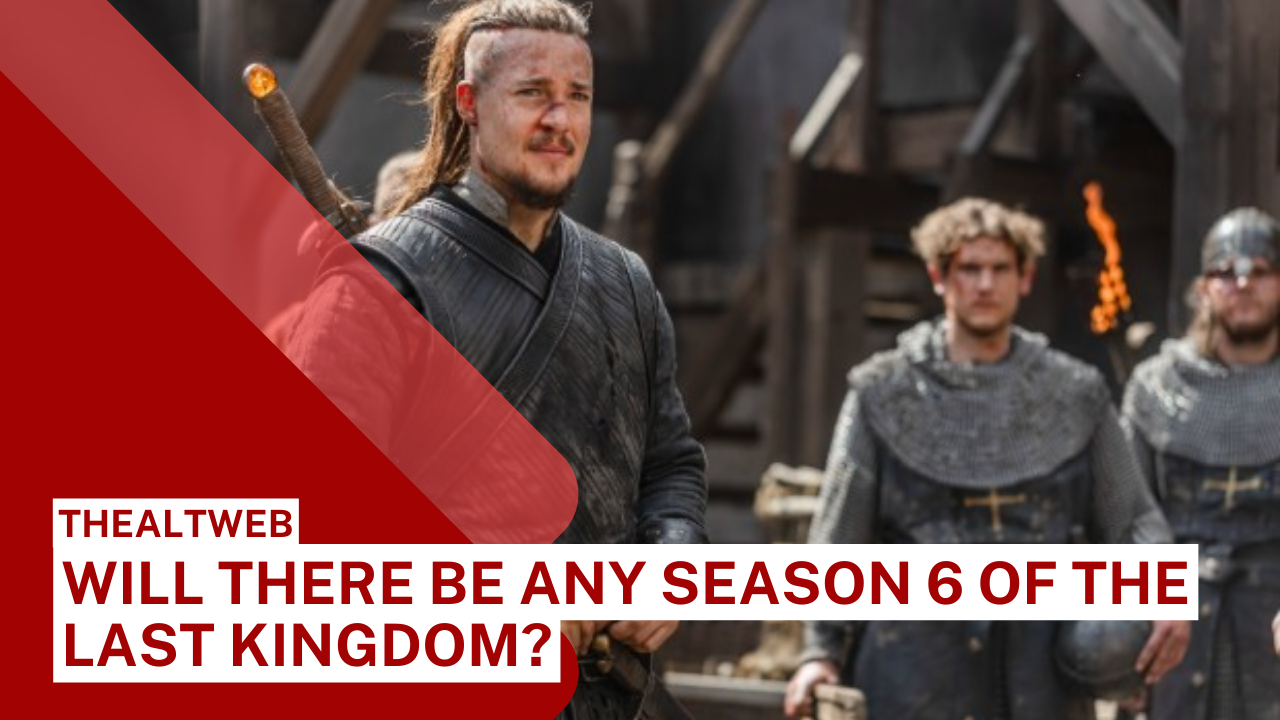 Will The Last Kingdom’s remaining three novels ever be adapted for the big screen?

Fans were concerned that they might miss the conclusion of the beloved TV series when it was announced that it would be finishing with its fifth season.

Thankfully, we now know that there will be a Seven Kings Must Die sequel film in the franchise.

The film is meant to be a “standalone” epilogue to Bernard Cornwell’s War of the Wolf, Sword of Kings, and War Lord novels.

We have a better understanding of where this film will take the tale thanks to The Last Kingdom season 5 ending, but many will wonder if we will ever get a full sixth season and why this was not originally planned.

Alexander Dreymon, the star of Uhtred of Bebbanburg, and Nigel Marchant, the show’s executive producer, told RadioTimes.com how their present plan came about.

Why is season 5 of The Last Kingdom wrapping up?

The decision to conclude The Last Kingdom with season 5 was made when the show was started in development and a long-term narrative strategy was laid out.

Only nine The Last Kingdom books had been published at the time of the series premiere, with author Bernard Cornwell working on the tenth while the television adaptation was being filmed.

As a result, the show’s creators had always planned for it to end after its fifth season, with Dreymon clarifying that it wasn’t canceled as some fans had feared.

He explained, “That press release was slightly misinterpreted.” “It came as no surprise to anyone because we had always planned for it to be only five seasons. There were only ten volumes when we first started, so that was the arc we planned… I’m pleased with how everything turned out.”

The endpoint, according to executive producer Marchant, was a “shared decision” between Carnival and Netflix, which occurred at the “perfect time.”

“You always want to be on top and improve season after season,” he explained in July 2021.

“It’s always a challenge to find new strategies to fight a conflict. How do we ensure that the battles are told with emotion rather than just a bunch of people fighting about nothing? And how long can you go with those two motifs before you reach a climax?”

Marchant went on to say, ” “What we really wanted to do was finish [in a way] that everyone thought was satisfactory – which I hope we did – and have nearly 50 episodes with a beginning, middle, and end. It’s usually preferable if you curate that rather than just finishing the story and not telling it.”

Is there going to be a sixth season of The Last Kingdom?

Carnival revealed that a sequel film titled Seven Kings Must Die was in development a few months after news came that The Last Kingdom would be concluding with season 5.

“We had built the program in such a manner that season 5 was always going to be the last season,” Dreymon stated at The Last Kingdom’s MCM London Comic-Con panel, which was chaired by RadioTimes.com writer David Craig.

“However, we’ve been discussing the possibility of a small extension for quite some time now… since it didn’t feel like it could be the end yet. Then, because there was such a strong demand from fans for a sequel, we decided to collaborate with Netflix on a special that will be a “movie version” of the show and will be shot next year [2022).”

Seven Kings Must Die is now filming in Hungary, with some cast members repeating their roles from the television show.

Fans should not expect a full 10-episode The Last Kingdom season 6, as Marchant has described this sequel special as more of an epilogue to the main plot than the beginning of a new period.

“Season 5 seems like the final season of the TV show, and the movie will be a lot more solo,” he stated. “It’ll be a special treat for TV series aficionados, but you can watch it even if you haven’t seen the show.”