Battlefield 2042 Has Fallen Below 1000 Concurrent Players on Steam 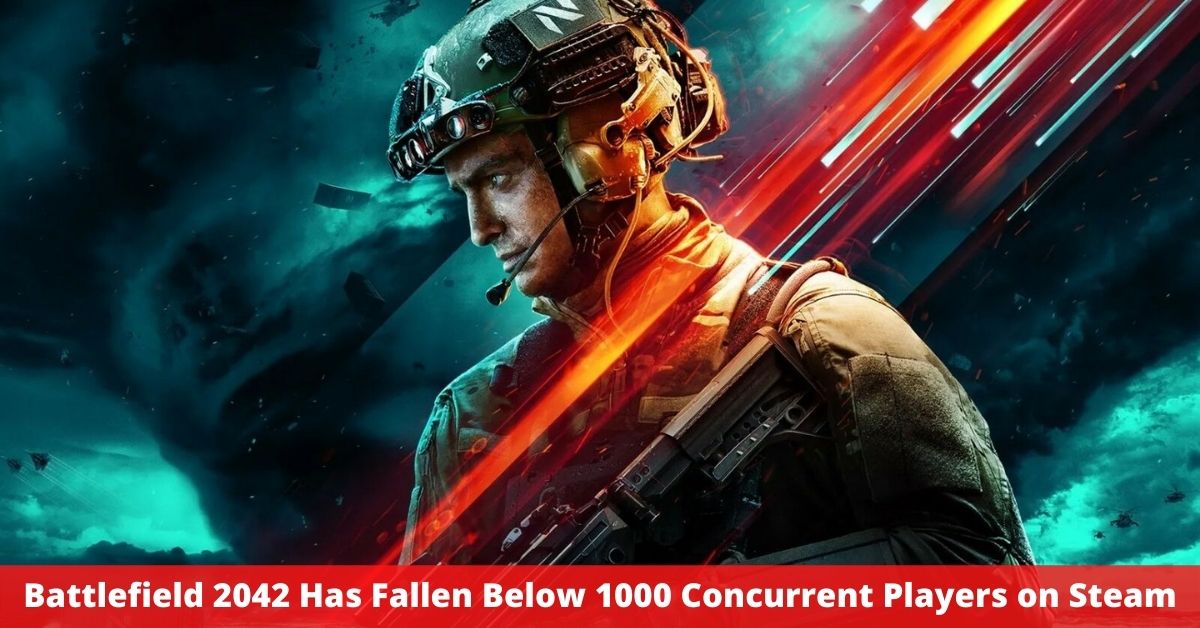 Many users are requesting refunds for Battlefield 2042, which is experiencing the worst launch in the franchise’s history. With the latest installment of this long-running franchise, EA has completely disappointed fans. The game was released in its incomplete state. On Day 1, many games have problems and glitches, but Battlefield 2042 was broken on a whole other level.

One thing that many fans and players still find surprising is the lack of a voice chat feature in the game. In recent years, there hasn’t been a multiplayer shooting game that hasn’t included this useful feature. Due to these troubles, the game’s player base has shrunk, with the lowest concurrent gamers in the game’s history.

According to Steam Database’s data, Battlefield 2042 currently has less than 1000 players, with the highest concurrent players peaking at 1,784 earlier this month. The largest number of gamers reached 105,397 in the last five months. In terms of this series, 2017 has been a really disappointing year for the developers, Dice, and the publisher, EA.

Also Read: Lost Ark Prime Gaming – April’s Reward Of The Month Is A Mount To Collect!

It appears that the game’s future update will be relied upon to make things right with the user base. Many flaws and bugs, such as the scoreboard and other bundle issues, will be addressed and fixed in the future version. The game will also have an in-game voice chat function as well as other map updates to provide gamers a better overall gameplay experience. This next update does not have an official release date, but EA has stated that it will be available in early April.

In a Town Hall earlier this year, EA acknowledged the widespread disappointment felt by many. Surprisingly, the company chose to blame its failures on the release of Halo Infinite and the pandemic for its failings.

Many people have taken matters into their own hands as a result of the terrible state Battlefield 2042 was published in, with a petition requesting refunds across all platforms currently approaching 230k signatures.

Martin deemed Battlefield 2042 the poorest of the series in a Eurogamer review.

“Battlefield 2042 feels like the series’ most muddled, compromised, and confused entry yet – a more existential problem than the similarly troubled launch of Battlefield 4,” he wrote.