Overwatch 2 Beta – Everything You Need To Know! 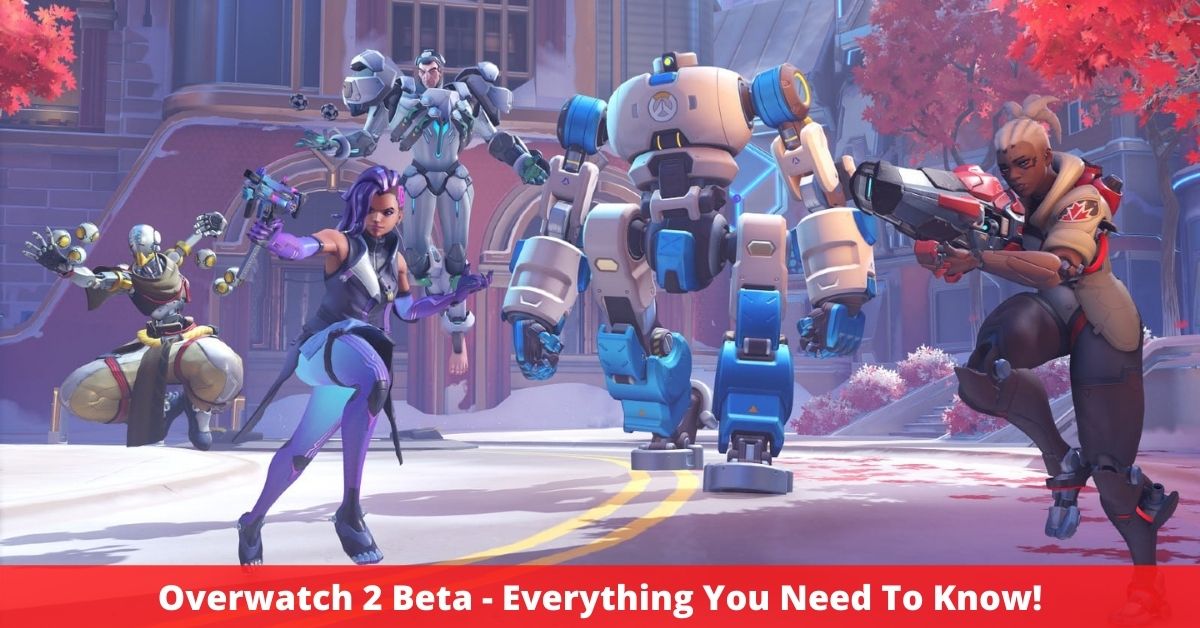 The Overwatch 2 beta is almost here, bringing a two-year content drought to an end. Since the addition of the hero Echo in April 2020, Overwatch hasn’t received a big update. The sequel has been a long time coming since then.

Rather than waiting until the PvE side of Overwatch 2 is complete, Blizzard is allowing gamers to try out the PvP content now. The game is now 5v5 instead of 6v6, with teams consisting of one tank, two damage, and two support players, which is a significant departure from the original Overwatch.

On April 26, the Overwatch 2 beta will be available. Because it’s a closed beta, only those who have been invited can participate, though we expect a large number of people to be admitted to keep the online community healthy.

How long is the Overwatch 2 beta going to last?

Blizzard hasn’t announced how long the Overwatch 2 beta will last; all we know is when the first phase will begin and what it will contain. We don’t sure whether it will be a one-time or continuing beta.

Beta tests are frequently brief, lasting about a week or less, giving developers an opportunity to test their servers and see if they will be ready for launch. The Overwatch 2 beta, on the other hand, is expected to go longer. Overwatch has extended alpha and beta periods during which Blizzard used user feedback to improve the game. The first beta for Overwatch took place from October 27, 2015, through January 21, 2016. Before the game’s May 24 release, a second beta occurred from February 9 to May 9.

Given that no end date for the Overwatch 2 beta has been given, we anticipate a lengthy testing period. Blizzard has been contacted for confirmation.

Is there a console version of the Overwatch 2 beta?

A new game mode called Push is included in the Overwatch 2 PvP beta. While this is the first time we’ve been able to play Push, the mode was first introduced in 2019.

The principles of Push are simple: it’s basically a robot version of tug of war. You are fighting to control a robot named T.W.O. in the middle of the map. When your team gains control of T.W.O., the machine begins erecting a barricade in front of your opponents’ spawn. If they gain control of T.W.O., the robot will erect a new barricade in front of your spawn.

You must have more players in the proximity of T.W.O. than your opponents in order to control it. If you lose control of T.W.O., it will rush to your barricade and begin pushing it towards your spawn. Along the way, checkpoints open up fresh spawn spots for teams, allowing them to return to the action faster.

It’s an automatic win if you can convince T.W.O. to push your opponents’ barricade all the way to the endpoint on their side of the map (and vice versa). If the clock runs out, whoever’s barricade is closest to their endpoint wins.

Except for the Assault maps, all of the maps from the previous game will feature in the Overwatch 2 beta, just like the heroes.

Since the launch of Overwatch, assault maps have been a problem, as they may either snowball quickly, resulting in an easy win for one side, or become progressively difficult to capture checkpoints as time goes on.

Instead, the development team has chosen to focus on Push in this first beta, with two maps in that mode. There are also two new maps, the Hybrid Midtown map modeled in New York and the Monte Carlo-themed Circuit Royal Escort map.

The following is a complete list of maps featured in the beta:

Also Read: Battlefield 2042 Has Fallen Below 1000 Concurrent Players on Steam

All 32 Overwatch characters, as well as new hero Sojourn, are available in the Overwatch 2 beta.

With Overwatch 2’s switch from 6v6 to 5v5, however, Blizzard has modified each character’s damage, health regen, and health pool. Blizzard has also completely revamped other heroes, such as Sombra, Doomfist, Bastion, and Orisa.