Elon Musk May Buy Country Music for $89 Billion – Is It A Hoax? 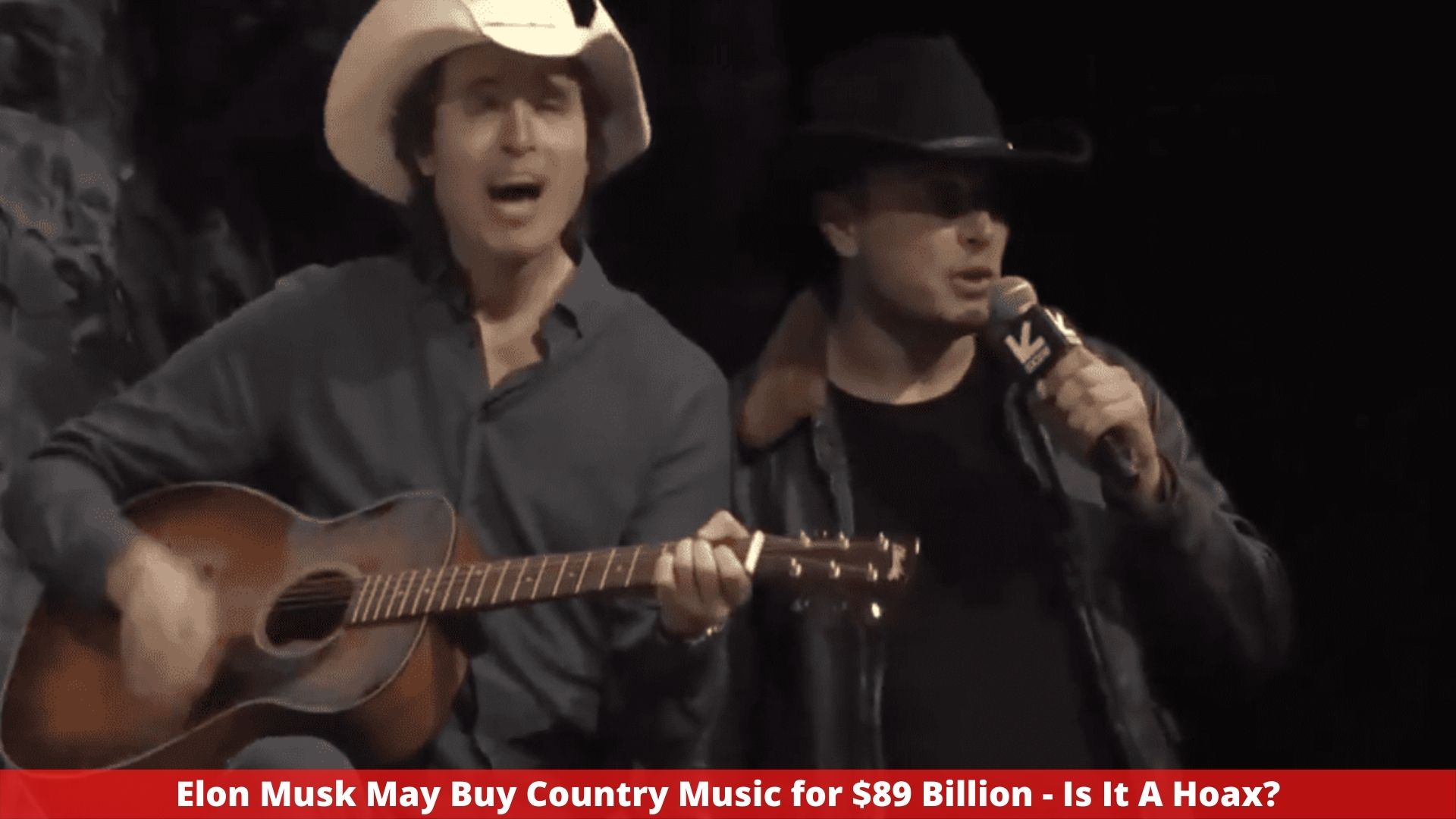 These days, Elon Musk appears to be involved in everything.

Of course, he just paid $44 billion for Twitter and is the current CEO of Tesla and SpaceX, among a slew of other investments.

Needless to say, the man is extremely busy these days, and he recently stated that he currently does not own a home. When the richest man on the earth visits a city, he sleeps in friends’ guest rooms, which seems absurd, but it’s true.

And, since he has so much free time and always seems to be looking for something new to do, maybe it’s time we got him up on stage to sing some country music.

Is It True That Elon Musk Is Buying Country Music?

This rumor comes only weeks after the billionaire bought a 9.2% stake in the platform, making him the dominant shareholder.

On Monday (April 25th), Twitter’s Board of Directors approved the acquisition, which Tesla CEO Elon Musk disclosed in a statement.

“Twitter has huge potential, and I’m excited to work with the company and the Twitter community to realize it,” he stated.

Following the takeover, rumors are circulating on social media that he has spent a fortune on country music.

You should not, however, believe everything you read on the internet…

Elon Musk has allegedly purchased country music, according to a strange rumor circulating on social media.

Of course, it’s impossible for someone to buy all of the country music in the world, but according to the weird rumor, he paid $89 billion for it.

It further claims that he purchased the music genre in order to “fix it,” yet this is all untrue.

The whole thing is a scam that started with a phony story on a site called Saving Country Music titled “Elon Musk to buy country music for $89 billion: Time to fix it.”

The hoax article stated, “Billionaire entrepreneur, inventor, and investor Elon Musk is purchasing country music for $89 billion in a revolutionary development for one of America’s most long-standing cultural institutions.”

Also read: Something In The Water Music Festival – Coming To DC June 17th-19th

It went on to say that the 50-year-old bought it “with the hopes of restoring the genre to its former glory.”

The fake then claimed that the agreement would encompass all of country music’s record labels, major radio stations, the Grand Ole Opry, the Country Music Hall of Fame, the CMA and ACM Awards, as well as “the rights to the defunct Kenny Rogers Roasters fast food chicken restaurant.”

It’s evident from reading the story that has taken over Twitter that it’s all nonsense, yet it misled and bewildered internet users anyway.

The phony article added, “Musk’s reason for the purchase was the suppression, shadow banning, and outright rejection of many authentic country musicians by the country format over the last many years.”

We Repeat, Elon Musk Is Not Buying Country Music

If you go all the way to the conclusion of the piece, it actually says that it’s all “bulls*it.”

The author added, “Unfortunately, country music will not have some kindly billionaire benefactor sweep in to cure the genre’s ills via executive fiat.”

“Neither should country fans wait with bated breath for such an event,” it said, urging readers to share country music with their friends and family and to support country musicians.

“The industry is suppressing and shadow banning the best artists, while mediocrity and lack of authenticity reign in the genre, just like on social media,” it continued.

The post did, however, include a humorous video of Elon Musk roasting marshmallows over a campfire while singing Johnny Cash’s Ring of Fire, as well as a photo of him wearing a cowboy hat, both of which were 100% accurate.