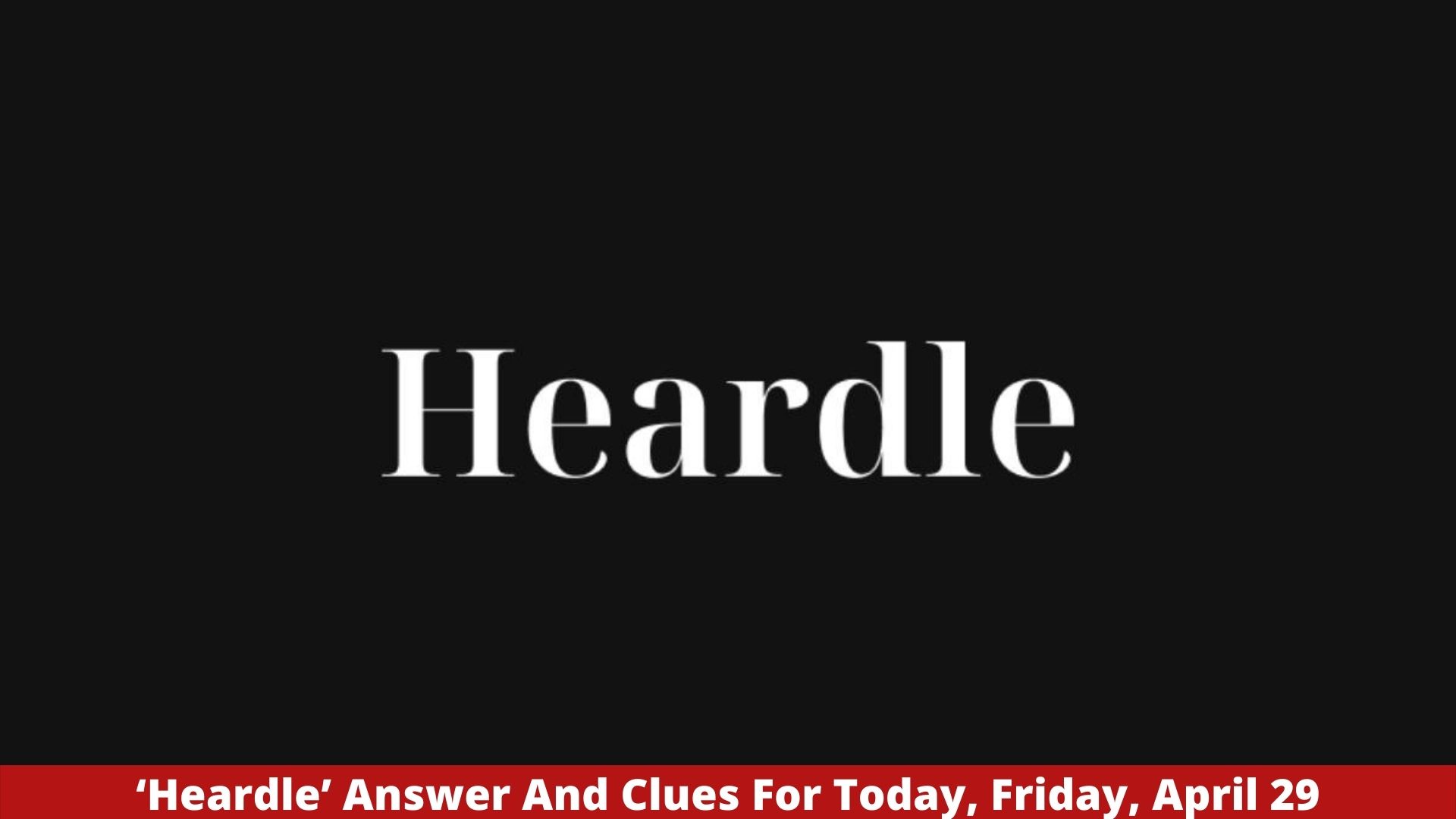 It’s been another enjoyable week of playing Heardle and attempting to deduce the solution to each day’s song (except for yesterday, when I was unable to do so). It’s time to move on to the next one. Let’s have a look at some clues and the solution to today’s Heardle song.

Heardle, a game in which users must guess the song of the day in six tries or less, has only been accessible for a few months. It’s one of the most popular guessing games on the market right now, as well as one of the few music-related games.

From a collection of popular songs, each Heardle song is chosen at random. The game starts with an introduction to the day’s song, after which participants can input their guess or skip a guess to hear more of it.

There are six elements at the start that will help you correctly predict the song, and you may share your score on social media once you’ve done Heardle for the day.

In the previous month, there have been a few songs that have been extremely difficult to predict, with the intro not providing enough information to determine the song. Other songs, on the other hand, are simple to predict even if you haven’t heard them before, with players simply entering a piece of the intro lines and choosing a song from the suggested tracks.

Also Read: Seasons Of Love From The Broadway Musical Rent

A new song is released every day at midnight local time, and we’ve been providing hints along with the answer for each Heardle.

Heardle’s tracks are fully mixed. One day you might hear music that was released less than six months ago, and the next you might hear a tune from the 1970s. As a result, it’s difficult to keep a winning streak going for long, which is why we’ve come up with our own tips to assist you.

Here are some Heardle 63 hints:

If you’re still puzzled after all of the hints, the answer to today’s song of the day is below:

Candi Staton – Young Hearts Run Free is the answer to Heardle 63, which will be released on April 29th, 2022.

This one came to me in two guesses. Although it has a distinct and memorable introduction, I was unable to identify the name immediately away. I decided to forgo the first guess in order to hear a little more of it. I then played the song over and over in my thoughts until I reached the chorus. After that, it was strictly academic.