The B-52s Farewell Tour – How To Buy Tickets And Other Details! 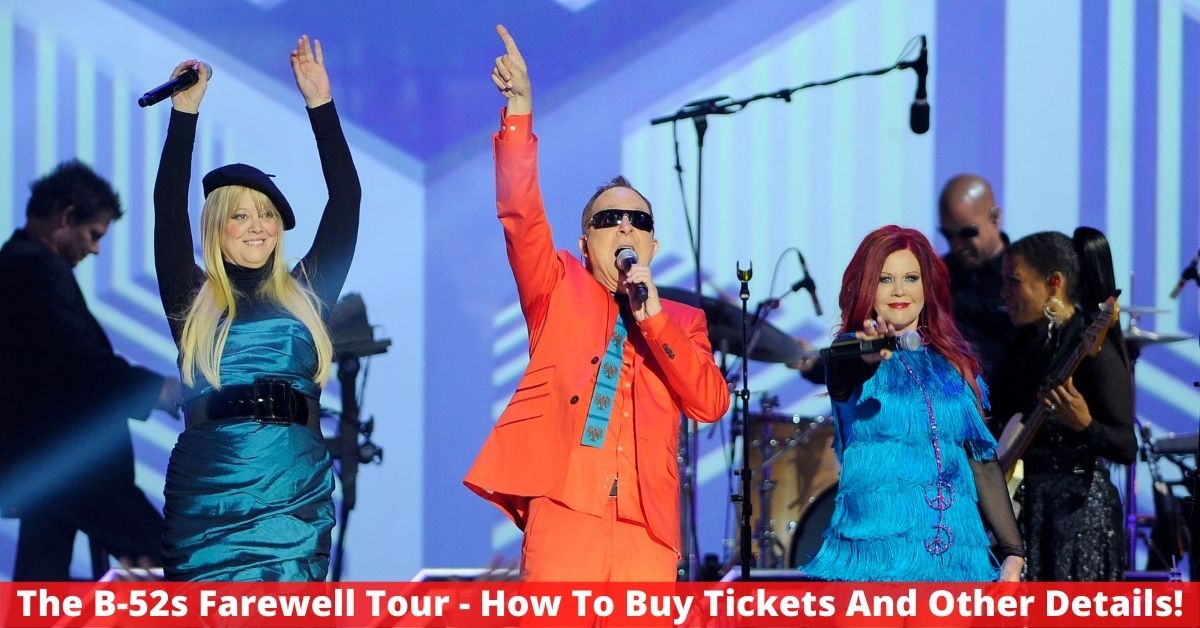 THE B-52s have announced that they will be completing their 45-year career with a farewell tour.

The band began in October 1976 over a shared flaming volcano cocktail at the Hunan Chinese Restaurant, and is best known for their hits “Love Shack” and “Rock Lobster.” In 1979, they released their self-titled debut album on Island Records, which was produced by Chris Blackwell.

After celebrating their 40th anniversary the year before by co-headlining a North American tour with Boy George & Culture Club and Thompson Twins’ Tom Bailey, they staged a summer farewell tour in the UK in 2019.

When is the farewell tour for the B-52s happening?

The B-52s‘ Final Tour Ever on Planet Earth will begin in Seattle, Washington on August 22, 2022, and will include 15 gigs across the United States.

They’ll perform their final show on November 11 in Atlanta, Georgia, just 71 miles from where they got their start.

“Who knew what started as a means to have some fun and play music for our friends’ at home parties in Athens in 1977 would expand into almost 45 years of making music and touring the world,” B-52s co-founder Kate Pierson said in a statement. It’s been a cosmic experience.”

Cindy Wilson, a vocalist, songwriter, and co-founder of the band, adds, “It’s been a wild ride, for sure.” We consider ourselves extremely fortunate to have had such a successful career encouraging people to dance, sing along with us, and feel free to be themselves while listening to our music.”

“No one likes to throw a party more than we do,” Fred Schneider said, “but after nearly a half-century on the road, it’s time for one more blow-out with our friends and family… our fans.”

What locations are The B-52s performing?

The following locations will have performances by the band:

Also Read: Something In The Water Music Festival – Coming To DC June 17th-19th

How to buy tickets?

Tickets for the pre-sale will be available on Ticketmaster beginning April 27 with the code ROADIE.

Tickets for the general sale will go on sale on Ticketmaster and The B-52s’ website on April 29.

Stubhub and SeatGeek are also good places to look for tickets.

GoodFellas Music: All Songs In The Movie