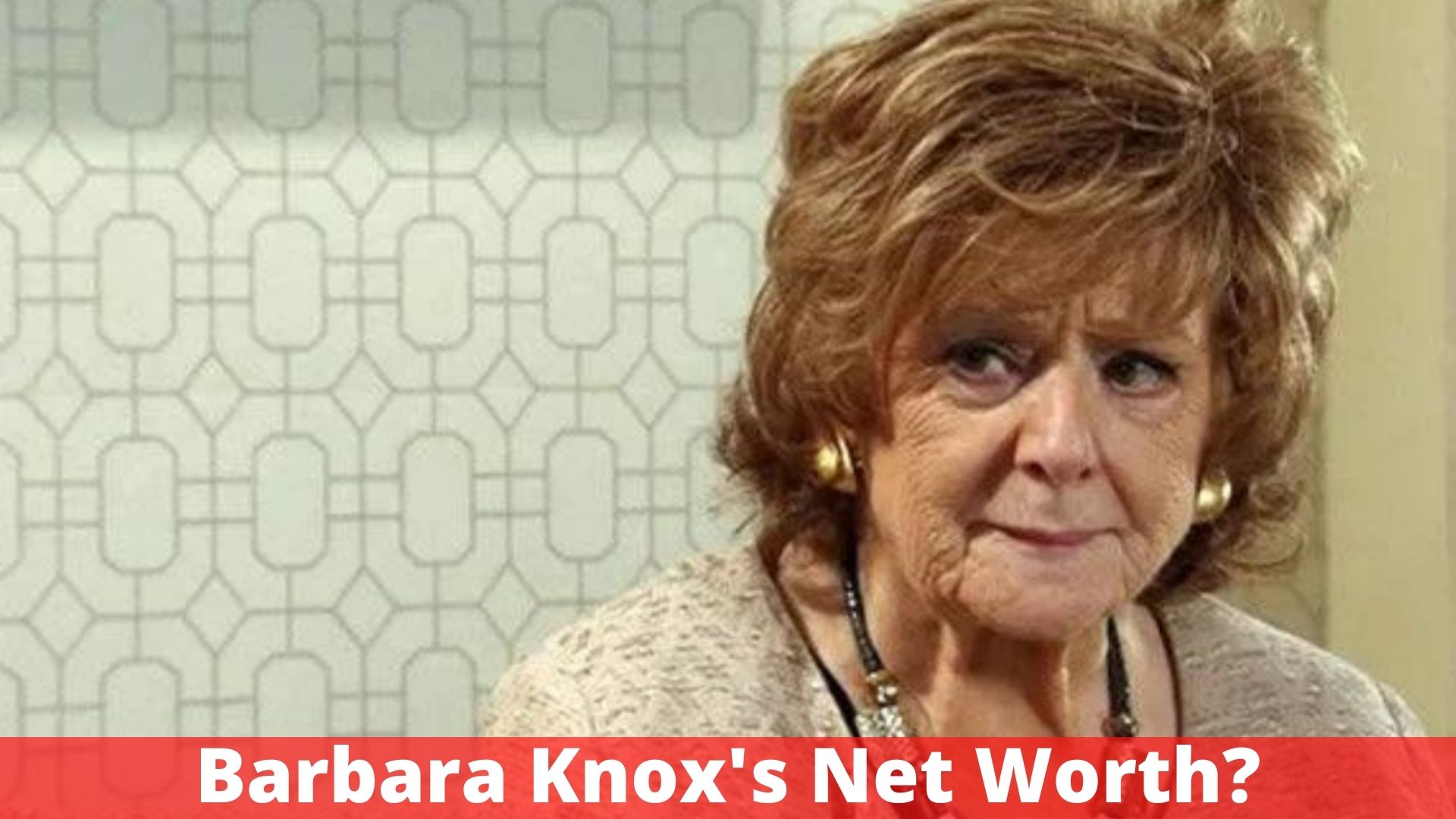 Barbara Knox’s net worth is believed to be $8 million. Barbara Knox, born 30 September 1933, is an English actress who is best known for playing Rita Tanner in the ITV serial opera Coronation Street. In December 1964, she made her debut appearance as Rita Littlewood for one episode before coming to the show as a full-time cast member in January 1972.

Knox is the show’s second-longest-serving member of the cast. Rita is one of the most well-known and well-liked heroines in any British soap drama. She is known for being one of the world’s longest-serving contemporary television soap opera performers.

Knox made her first appearance as Rita Littlewood in Coronation Street on December 2, 1964, in a one-off episode as Dennis Tanner’s buddy. She first appeared on the show in January 1972 as Rita Bates, Harry Bates’ common-law wife, and has been married three times since then, to Len Fairclough, Ted Sullivan, and Dennis Tanner. ‘On the Road Where I Live,’ a Philips Records LP, was released in 1973.

Knox has given several interviews since 2010, the first of which was on ITV’s Paul O’Grady Live in November 2010 to commemorate Coronation Street’s 50th anniversary, during which she also appeared in the ITV quiz game Coronation Street: The Big 50. She also appeared on This Morning twice, once in 2012 and again in 2013, to commemorate the show’s 25th anniversary and Knox’s 80th birthday.

Knox also worked on the ITV documentary Coronation Street: A Moving Story, which documented the show’s move from Granada Studios to MediaCityUK in 2014. ITV aired a special 60-minute documentary called Rita and Me on December 31, 2014, to commemorate Knox’s 50 years as Rita in Coronation Street. In December 2017, she appeared on ITV’s Lorraine for an interview. Knox has been the second-longest serving cast member behind William Roache, who has played Ken Barlow since the debut episode in December 1960, since the retirement of Eileen Derbyshire, who played Emily Bishop from January 1961 to January 2016.

Knox has had two marriages. Denis Mullaney was her husband in 1956 in Oldham, Lancashire. Maxine, John, and Amanda were the couple’s three children. In 1977, they divorced. Barbara Mullaney was her professional name until 1977 when she married John Knox. In 1994, the couple divorced.

Knox, like her friend and co-star Eileen Derbyshire, who played Emily Bishop, is a very private person who avoids exposure. She rarely conducts public interviews, however, she has given a couple for Coronation Street movies and has attended television awards presentations with her fellow Coronation Street co-stars.

On March 28, 2014, it was reported that she had been detained in her hometown of Knutsford, Cheshire, on suspicion of driving under the influence of alcohol.

Knox was formally charged on April 4, 2014, and she appeared in Macclesfield Magistrates’ Court on April 24. She first pled not guilty, but in January 2015, she amended her plea to guilty. She was given a one-year driving prohibition, as well as a £3,000 fine and £1,750 in expenses.