What is Brian Williams’ Net Worth? Know More About Career, Salary, Personal Life! 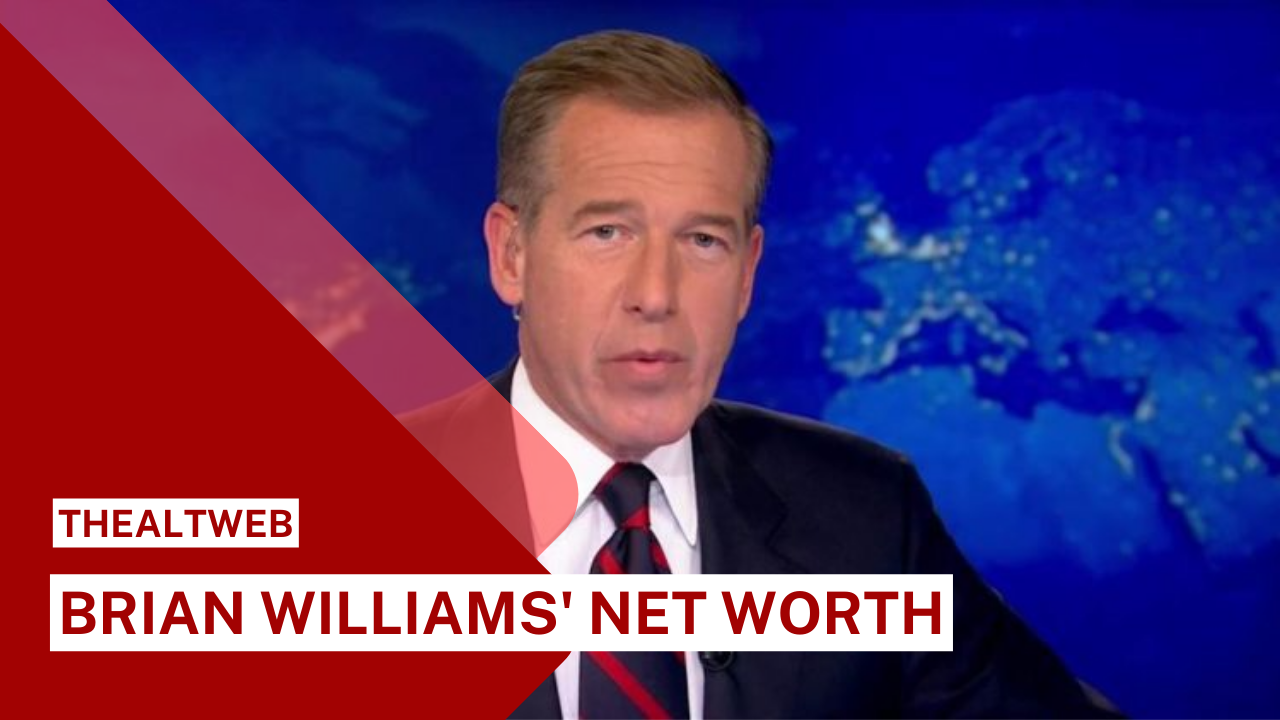 Brian Williams is a $50 million dollar news anchor in the United States. Brian spent 28 years at NBC, working in a variety of roles before announcing his leave in November 2021. Brian was the primary anchor for the NBC News cable news channel MSNBC in his later years. He also hosted the show “The 11th Hour with Brian Williams” on the network.

Williams’ career took a huge step forward in 2004 when he succeeded journalist and novelist Tom Brokaw as the lead presenter of NBC’s Nightly News. His original yearly compensation was $8 million. In 2006, it grew to $10 million. By 2014, his annual pay had risen to $13 million. Williams’ pay was slashed to $6 million per year after the controversy and demotion to MSNBC.

Brian Douglas Williams was born in Ridgewood, New Jersey, on May 5, 1959. He was reared in a Catholic household of largely Irish heritage as the youngest of four siblings. Dorothy May (née Pampel) and Gordon Lewis Williams are his parents. His mother was an amateur stage performer, while his father was an executive vice president of the National Retail Merchants Association.

He grew up in Elmira, New York, before moving to Middletown Township, New Jersey, with his family. He attended Mater Dei High School and served as the editorial editor for the school newspaper. He also spent three years as a volunteer fireman with the Middletown Township Fire Department when he was a teenager. Before going to The Catholic University of America and subsequently George Washington University, he completed his study at Brookdale Community College. He, on the other hand, never finished college and never received a diploma.

Williams worked for the National Association of Broadcasters after interning in the White House. In 1981, he began his broadcasting career at Kansas’ KOAM-TV. He subsequently went on to serve as a general assignment reporter for WTTG-TV in Washington, D.C., before going on to WCAU in Philadelphia and WCBS in New York City.

Williams’ major break came in 1993 when he joined NBC News as an anchor on “Weekend Nightly News,” a nationwide show. He was quickly appointed to White House Correspondent in Chief. In the summer of 1996, he got his own show, “The News with Brian Williams,” on which he was both anchor and managing editor. The show aired on both MSNBC and CNBC. He was also the principal replacement anchor and weekend anchor for “NBC Nightly News with Tom Brokaw” at the same time.

He appeared on John Stewart’s version of “The Daily Show” on a regular basis. He has made numerous appearances as himself on the NBC sitcom “30 Rock.” From 2004 to 2015, Williams served as the official replacement for Tom Brokaw as anchor of “NBC Nightly News,” and he also hosted “Rock Center with Brian Williams” from 2011 to 2013. “Rock Center” succeeded the drama “The Playboy Club” as the first new NBC News show to premiere in primetime in two decades. It was eventually discontinued in 2013 owing to a combination of low ratings and problems securing a stable time slot for the show.

In 2015, Williams became the Chief Breaking News Anchor for MSNBC. He has covered major events for MSNBC, including Pope Francis’ visit to the United States, terrorist attacks in Europe, and the Umpqua Community College tragedy. Williams also served as MSNBC’s lead elections anchor for the 2016 US presidential election. Along with his co-anchor Rachel Maddow, he became the anchor of the weekly wrap-up show “The 11th Hour with Brian Williams” in 2016. The MSNBC crew covering the 2020 US presidential election is led by Williams, Maddow, and analyst Nicolle Wallace.

Williams was banned from “NBC Nightly News” for six months in 2015 after lying about his Iraq War service. On January 30, 2015, he claimed that while covering the Iraq War in 2003, a military chopper he was aboard was “forced down after being damaged by an RPG.” In 2003, he narrated the narrative for the first time. When crew members who were on board the helicopter at the time came out against his version of events, his tale was debunked.

The network earned a Peabody award for Williams’ team’s coverage of Hurricane Katrina on “NBC Nightly News.” The George Polk Award and the DuPont-Columbia University Award were also given to the show. Williams was also commended for his coverage of Hurricane Katrina, which the New York Times described as “a pivotal event.” Williams has also received the Walter Cronkite Award for Excellence in Journalism from Arizona State University in 2009, eleven Edward R. Murrow Awards, and twelve Emmy Awards for News & Documentary. In 2007, he was also selected to Time Magazine’s list of the world’s 100 most influential people.

Williams married TV Producer Jane Stoddard Williams in 1986. They have a son and a daughter together. Allison Williams, their daughter, appeared in the HBO comedy “Girls” as well as the critically acclaimed thriller “Get Out” (2017). Doug Williams, their son, is the late-night host of “Geico SportsNite,” which airs on SportsNet New York, a regional station serving the New York metropolitan area.