What Is Faith Evans’s Net Worth? Complete Info! 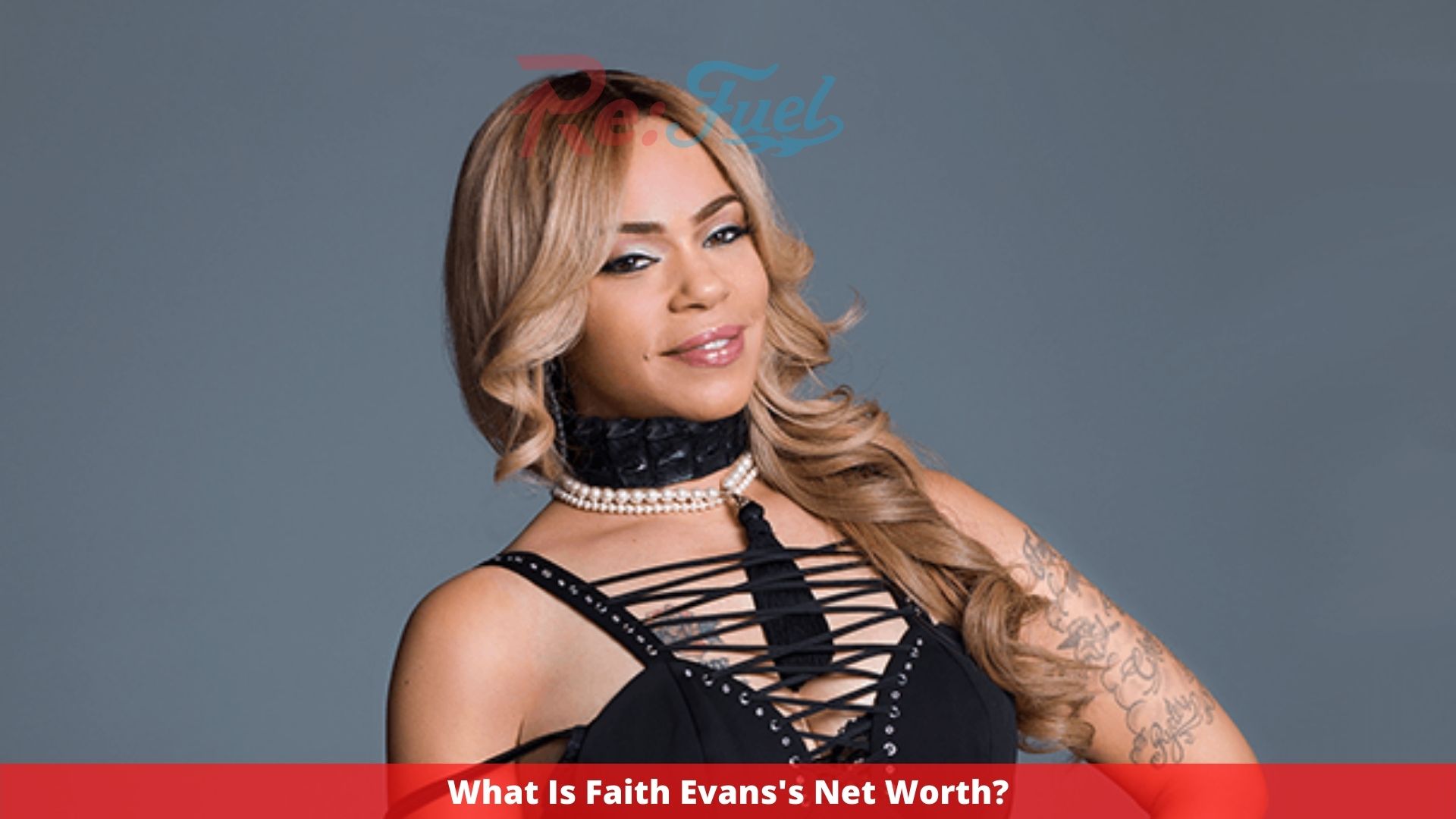 Faith Evans is an American singer-songwriter, actress, record producer, and writer with a $3 million net worth. She was the first woman to sign with Puff Daddy’s Bad Boy Entertainment in 1994, and both of her first two albums were given the Platinum award. Evans signed with Capitol Records in 2003, and in 2005, he put out “The First Lady.” That album was at the top of the R&B/Hip-Hop Albums chart on “Billboard.” Faith is also known as the wife of Christopher Wallace, who was killed in 1997 and went by the name “The Notorious B.I.G.” She worked with Puff Daddy and 112 to make a tribute song called “I’ll Be Missing You.” The song won Evans a Grammy in 1998. It also topped the charts in the UK, New Zealand, Australia, and the Netherlands, as well as the Hot 100 and R&B charts on “Billboard.”

She has put out seven studio albums and sold more than 12 million copies of those albums. Faith‘s first movie was “Turn It Up,” which came out in 2000. In 2008, she released “Keep the Faith: A Memoir,” which won the African American Literary Award for Best Biography in 2009.

Faith Renée Evans was born in Lakeland, Florida, on June 10, 1973. Helene, her mother, was a singer. Richard Swain, her musician father, left Helene before Faith was born. Six months later, Helene and Faith moved to Newark, New Jersey. Helene’s cousins Johnnie Mae and Orvelt Kennedy raised Evans while Helene worked on her singing career. While Faith was living with them, the Kennedys took in more than 100 foster children. A few years later, Helene moved in with the Kennedys because Evans didn’t want to move. Faith grew up in a Christian home, and when she was 2 years old, she started singing at church. She went to University High School in Newark, where she played in many jazz bands, and graduated in 1991. Evans went to Fordham University in New York City to study marketing, but she dropped out a year later to have a daughter, Chyna, whose father is a music producer named Kiyamma Griffin.

Faith married rapper Christopher “The Notorious B.I.G.” Wallace on August 4, 1994, after meeting him at a photoshoot. On October 29, 1996, they had a son named Christopher George Latore Wallace Jr. In June of that year, Tupac Shakur put out a song called “Hit ‘Em Up” in which he said he had an affair with Faith, who was no longer with Wallace. This put Faith in the middle of the rivalry between East Coast and West Coast hip-hop. Wallace was shot and killed in Los Angeles on March 9, 1997. As of this writing, his murder has still not been solved. Early in 1997, Missy Elliott put Evans in touch with Todd Russaw, an executive at a record company. While she was still with Wallace, Evans started dating Russaw. Faith and Todd had their first child, Joshua, on June 10, 1998. Later that summer, they got married. On March 22, 2007, Ryder, their second son, was born.

In Atlanta, Georgia, in January 2004, Evans and Russaw were stopped for having the wrong tags. They were arrested and charged with having marijuana and cocaine on them. To get the charges dropped, they agreed to go to a 13-week drug treatment program. In 2010, Faith was arrested in Marina del Rey, California, on suspicion of driving drunk. The next year, she filed for divorce. She later married producer and “Love & Hip Hop: Atlanta” star Stevie J. (Steven Jordan) on July 17, 2018. In May 2020, she attacked him in their Los Angeles home and was arrested for felony domestic violence. The charges were later dropped.

Evans moved to Los Angeles in 1993. In 1994, Sean “Puff Daddy” Combs signed her to Bad Boy Entertainment after hearing her sing backup for Al B. Sure! She helped Mary J. Blige and Usher with their albums before putting out her first one, “Faith,” in August 1995. The album reached its highest position on the R&B/Hip-Hop Albums chart at number two, and her next album, “Keep the Faith,” reached number six on the “Billboard” 200. “I’ll Be Missing You,” a song she wrote about her late husband, was #1 on the “Billboard” Hot 100 chart for 11 weeks in 1997. Faith’s third album, “Faithfully,” went Gold in 2001, and the single “I Love You,” which Jennifer Lopez wrote, reached #2 on the “Billboard” Hot R&B/Hip-Hop Songs chart.

“The First Lady,” her first album with Capitol Records, reached #2 on the “Billboard” 200 and was given a Gold rating. She also put out the holiday album “A Faithful Christmas” that same year. Evans started his own record label, Prolific Music Group, in 2010. For the label’s first album, he worked with Snoop Dogg, Raekwon, Keyshia Cole, and Redman to record songs. She also got a record deal with E1 Entertainment that year, and in October she put out the album “Something About Faith.” Her song “Gone Already” was on the “Billboard” Hot R&B/Hip-Hop Songs chart for more than eight months. In 2014, Faith put out the album “Incomparable,” and in 2017, she put out “The King & I,” which was a collection of duets with the late Notorious B.I.G.