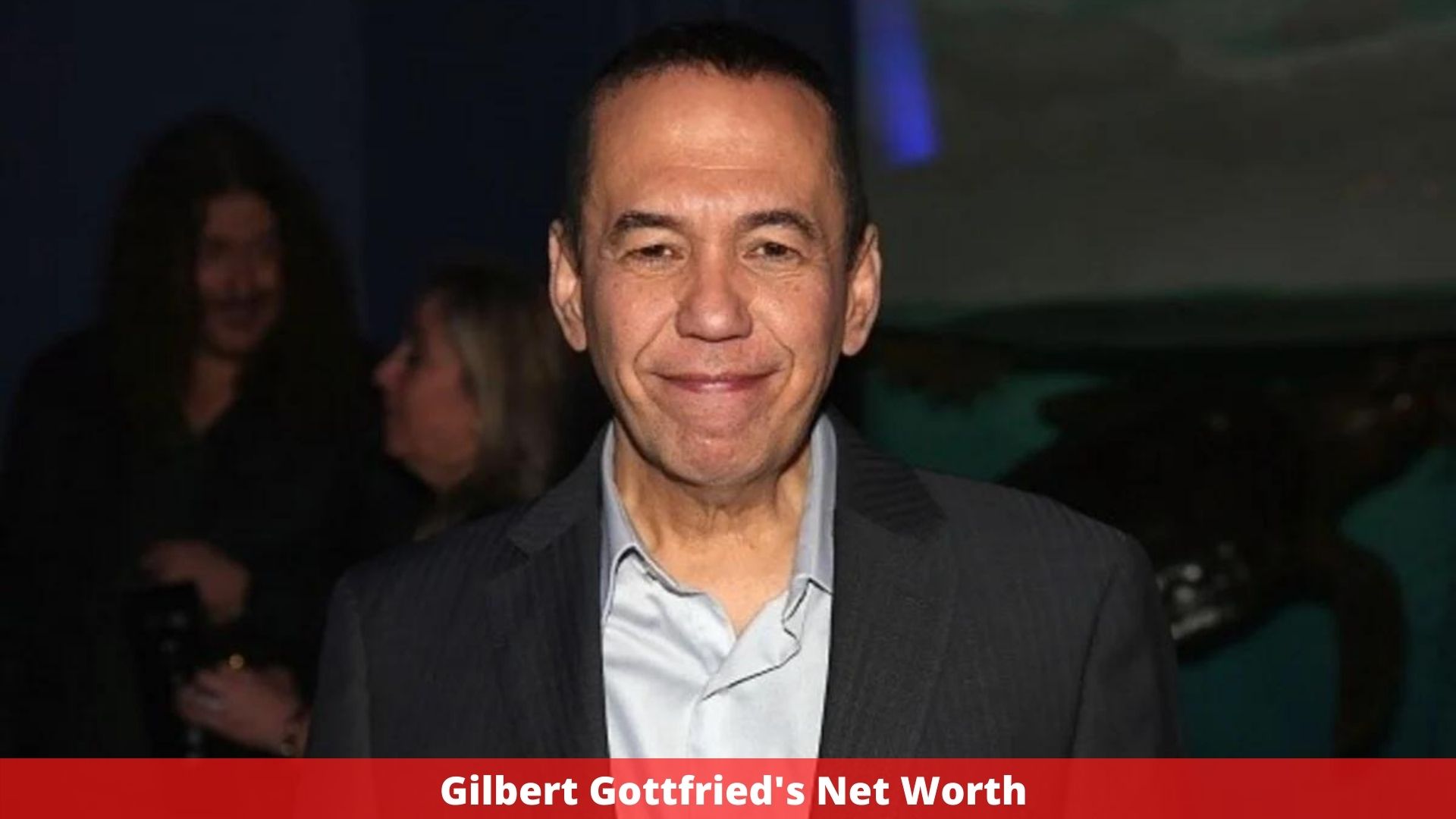 Gilbert Gottfried had a way of making people smile, but how much money did the Aladdin voiceover actor have?

Many people were surprised to learn about Gilbert’s death, and it didn’t take long for them to show their sorrow by sharing memorial tweets to the comedian.

Gilbert Gottfried died on April 12, 2022, leaving behind a wife and two children.

Gilbert died after a long fight with type II Myotonic Dystrophy. While speaking with People, his buddy and publicist Glenn Schwartz corroborated this.

What was Gilbert Gottfried’s net worth when he died?

Gilbert has an estimated net worth of $8 million, according to Celebrity Net Worth. Gilbert has always enjoyed comedy and knew it was the road he wanted to take since he was a child.

Gottfried’s mother was a housewife, while his father owned a hardware store, according to the journal. At the age of 15, Gottfried began performing stand-up comedy in New York City. Gottfried’s comedy drew the attention of Saturday Night Live showrunners by 1980, when he was roughly 25 years old. Even though he had a few recurring sketches, he was unable to make it large at the time.

Following his time on Saturday Night Live, Gottfried appeared on The Cosby Show, Late Night With David Letterman, Hollywood Squares, The Howard Stern Show, and The Tonight Show With Jay Leno. He is most known for his work as the voice of the Aflac duck in various ads. Later in his career, he made a number of film appearances, which helped to propel his career forward. He is most known for his role as Iago the Parrot in Disney’s Aladdin.

Dara Kravitz was Gilbert’s wife. She is an American film producer and radio podcaster, according to The Sun. They first met in 1997 at the Grammy Awards, when they interacted.

While Gottfried is best known for his cinematic work, Kravitz also has acting experience. She also assisted in the creation of Gottfried’s Colossal podcast.

In 2007, Kravitz married Gottfried. They met at a Grammy Awards celebration at Tavern on the Green, according to The New York Times.

Kravitz says Gottfried “picked it up and put it on his plate” after she dropped food on the table.

“I was thinking, ‘Who is this guy?'” I said. According to Kravitz. “He appeared to be unhappy, lost, and childlike. He was lovely in my opinion.”

The pair kept their relationship a secret for a long time because neither of them shared much personal information with the public.

Gottfried added, “The public also wants to know your bank account number, your Social Security number, and your PIN code.” “I can’t just walk into a women’s changing room and say, ‘Well, I’m intrigued about this,'” she says.

Richard Belzer, a stand-up comedian and regular on Law & Order, has known Gottfried for decades. He speculated that Gottfried didn’t want the world to know about his wife because it would impact the way the world saw him. “Knowing he had a girlfriend or was married could taint the world’s opinion of him,” Belzer noted.

Lily Gottfried and Max Gottfried are their two children. According to Closer Weekly, Lily and Max were born in 2007 and 2009. Lily will be 15 years old in 2022, and Max will be 13 years old.