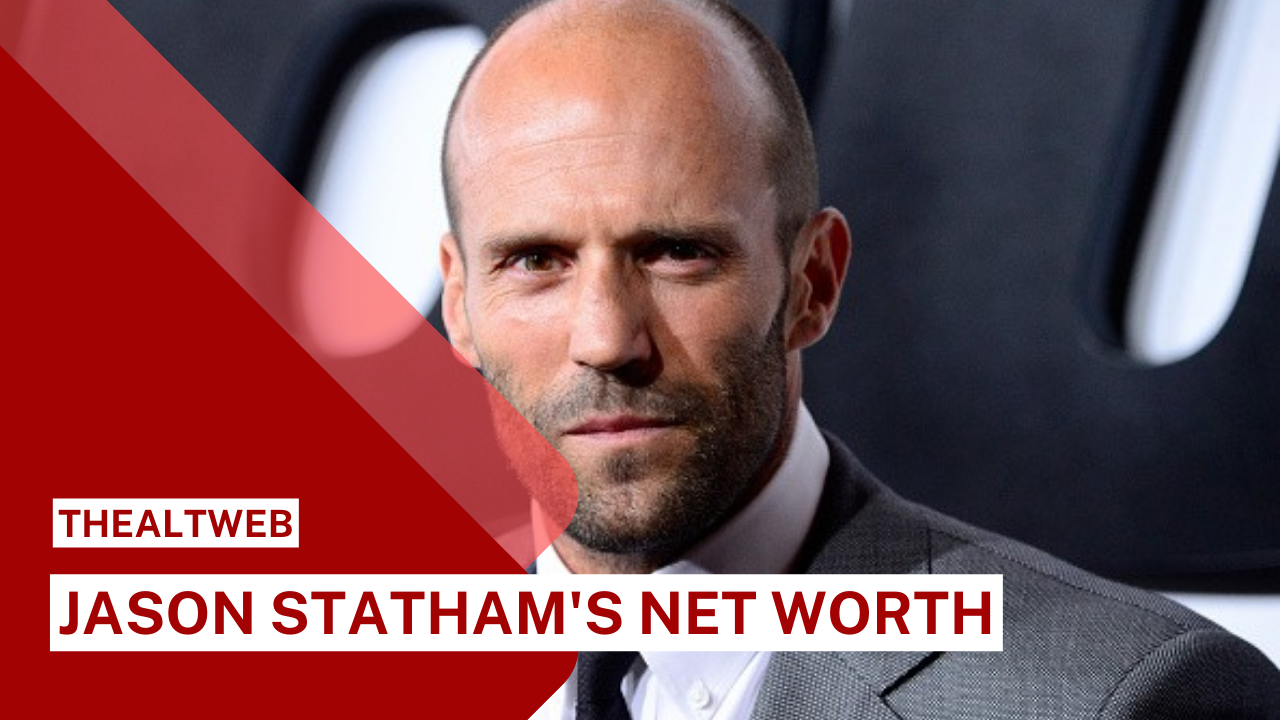 Jason Statham has a net worth of $90 million as a British actor. His films have made billions of dollars at the box office throughout the world. As a result, Jason is now one of Hollywood’s highest-paid action performers. He is capable of earning $10 million or more for a single film in which he is the main character.
His net worth is $120 million when coupled with that of his long-term spouse, Rosie Huntington-Whiteley. Despite having been together since 2010, they are not legally married.

Jason Statham was born in the English village of Shirebrook on July 26, 1967. He was raised in the English seaside town of Great Yarmouth. Eileen, his mother, was a dancer, and Barry, his father, was a street vendor. Statham was a local grammar school football player. Jason Statham started his career as a diver and spent twelve years with the British National Diving Squad before becoming a world-famous action hero. Jason was a member of the British Olympic squad that competed in the 1988 Summer Olympics in Seoul, South Korea.

In the 1990 Commonwealth Games, Statham competed as a diver for England. He opted to pursue acting and modeling as a career after some dismal results in both the Olympic Trials and Championships.

In 1998, Jason was discovered by an agent, and his acting career took off almost immediately. In his early career, he also did some modeling for the clothing company French Connection, which led to Guy Ritchie casting him in the film “Lock, Stock, and Two Smoking Barrels,” which grossed over $80 million at the box office and began Jason’s Hollywood career. In the 2000 picture Snatch, Statham teamed up with Guy Ritchie again, playing Turkish.

The picture, which starred Statham, Brad Pitt, and Benicio del Toro, grossed more than $80 million in theatres. During the early 2000s, he acted in a number of films, including “The One” and “Ghosts of Mars,” but it was the action thriller “The Transporter” that cemented his reputation. To prepare for the part, he learned karate, Wing Chun kung fu, and kickboxing. Two sequels, a reboot, and a television series have all come out of The Transporter. Ritchie cast Statham as the lead role in Revolver in 2005. It was, however, a critical and financial flop. Statham’s performances in The Bank Job and Death Race in 2008 earned him critical acclaim and cemented his status as a full-fledged action star.

Statham starred alongside Sylvester Stallone and Mickey Rourke in The Expendables, an ensemble action film released in 2010. In the United States, the United Kingdom, China, and India, the film debuted at number one. In 2011, he had a supporting part in The Mechanic, which was well received. In the police drama Blitz, Statham made his comeback to British cinema. Jason starred in The Italian Job and Cellular around this period, both of which he portrayed as the major villain.

Killer Elite, his second picture, was critically lambasted and made a loss at the box office. Statham appears in The Expendables 2 in 2012 and The Expendables 3 in 2014. The sequels received mixed reviews from critics, although they were still box office successes. When Statham starred in the action-comedy Spy with Jude Law, Melissa McCarthy, and Rose Byrne, he got to show off his humorous acting skills. For his performance, he received a Critic’s Choice Award nomination for a best humorous actor.

Mechanic: Ressurection was released in late 2016 as a sequel to his 2011 film The Mechanic. It became a commercial success, making over $109.4 million dollars throughout the world. He and Gal Gadot appeared in a Super Bowl LI ad for Wix.com in February 2017. The advertisement was seen by more than 22 million people. Despite the fact that Spy 2 was announced in 2018, director Paul Feig was cited as claiming that the studio has shown no interest in the project. The Meg, an action horror thriller released in August 2018, starred Statham as captain Jonas Taylor.

Statham has also starred in three Fast and Furious films, including Fast & Furious Presents: Hobbs & Shaw, in which he repeated his role as Deckhard Shaw. Statham’s performance received critical acclaim, and the picture was a commercial triumph, being the tenth highest-grossing film of the year.

Rosie Huntington-Whiteley, a model, has been dating Jason since 2010. In 2016, the couple married, and their first child was born in 2017. Beverly Hills is home to the family. In 2015, Statham lobbied for the Academy Awards to include a category for stunt performers, noting the talent as underappreciated. Jason likes to rock climb, windsurf, wakeboard, and jet ski in his spare time.

He paid $7.3 million for Ben Stiller’s Hollywood Hills house in 2011. Johnny Galecki of “The Big Bang Theory” bought the mansion in 2015 for $9.2 million. Hal Blaine, the famed session drummer, used to own this house years ago.

Jason and Rosie bought a house above the Sunset Strip for $2.7 million in 2015. Their main residence is a $13 million Beverly Hills estate located just down the street.