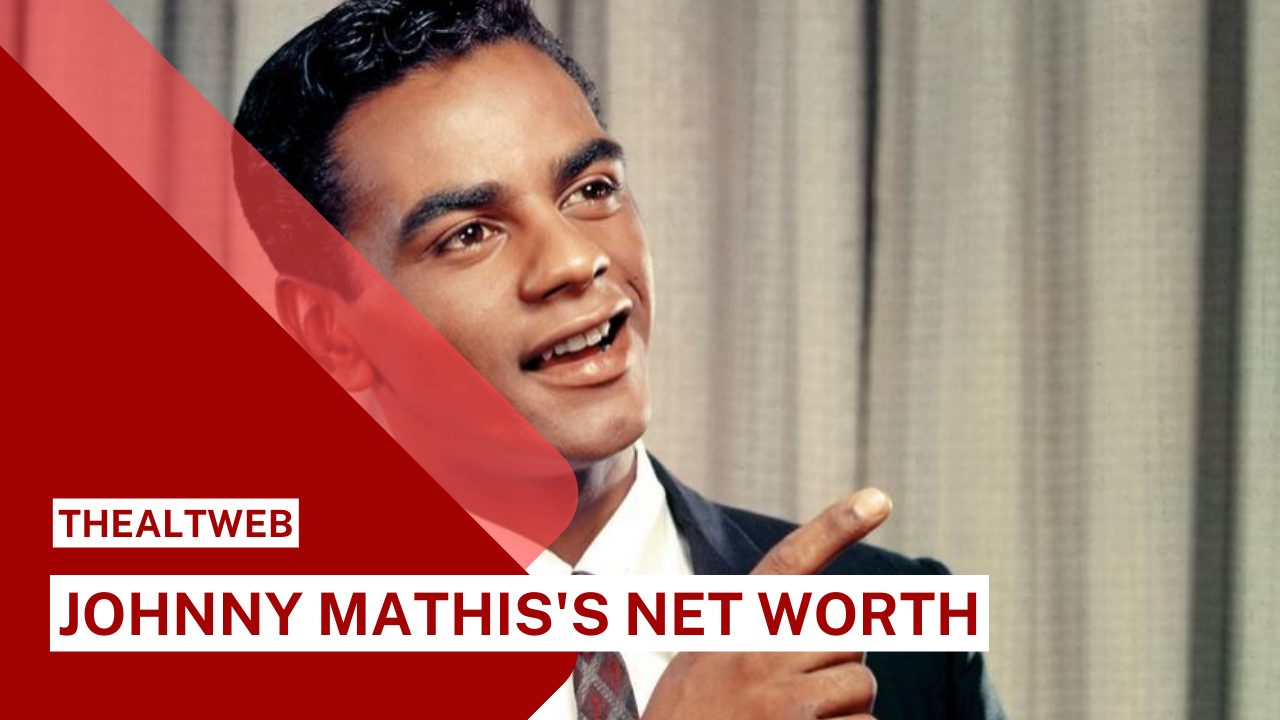 Johnny Mathis is an American singer with a $400 million dollar net worth. Johnny Mathis is best known for his hit singles and albums, which have sold millions of copies worldwide. Mathis has sold over 350 million recordings and appeared on 73 Billboard charts over his career. According to these figures, he was the third best-selling artist of the twentieth century and the last 60 years.

Johnny Mathis was born on September 30, 1935, in Gilmer, Texas. Clem Mathis and Mildred Boyd had seven children, and he was the fourth. They relocated to San Francisco, where Mathis grew up, and resided in the Richmond District. His father was a vaudeville performer, and when he saw his son’s musical potential, he bought an old upright piano and pushed him to practice. Mathis began learning songs and routines from his father, with “My Blue Heaven” being the first song he learned. He began dancing and singing for guests at his house, as well as at school and religious events.

He began training with Connie Cox, a vocal coach when he was 13 years old. He studied vocal scales, exercises, and voice production with her for six years. He also studied to sing classically and operatically. Mathis was a good athlete at George Washington High School and received an athletic scholarship to San Francisco State College in 1952. He planned to teach either English or Physical Education in the future.

Mathis got his start in the music industry when Helen Noga saw him during an unplanned jam session when he was 19 years old. Noga and her husband owned many nightclubs, and after working with some of the best jazz performers of the period, she began managing Mathis. Together, they began booking him for many shows, which led to a developing fan base and a record deal with Columbia Records.

Mathis’ reputation grew after his debut on “The Ed Sullivan Show” in June 1957. Later that year, he released “Chances Are,” which went on to become his second million-selling hit. Mathis released “Wild is the Wind” in November 1957, which was included in the film of the same name. In March 1958, the song was nominated for an Academy Award for Best Original Song, and Mathis sang it at the event.

His second album, “Johnny’s Greatest Hits,” stayed on the Billboard top 200 album charts for an incredible 490 weeks and nine and a half years, including three weeks at number one. It was the most weeks on the Billboard 200 albums in the United States for 15 years, until Pink Floyd’s “Dark Side of the Moon” hit 491 weeks in October 1983. Mathis had his second cinematic debut in 1958, in the film A Certain Smile, performing the song “A Certain Smile.” In addition, the song was nominated for an Academy Award for Best Original Song.

Mathis and the Nogas relocated from San Francisco to Beverly Hills in the summer of 1958, when the Nogas acquired a house and Mathis stayed with them. Mathis made an appearance on ABC’s “The Pat Boone Chevy Showroom” on New Year’s Day 1959. “Gina” and “What Will Mary Say” were two of his biggest singles in 1962 and 1963.

Mathis left the Noga in 1964 and formed Jon Mat Records, which was founded in California on May 11, 1964, to create his records. Mathis continued to make music, but the Beatles’ burgeoning success and early ’70s album rock kept his records off of the mainstream singles charts until the late ’70s, when he saw a comeback in popularity, beginning with the UK’s Christmas No. 1 single “When a Child is Born.”

In 1978, he recorded “Too Much, Too Little, Too Late,” a duet with Deniece Williams. It reached No. 1 on the Billboard Hot 100 pop chart in the United States and was certified gold and silver in the United Kingdom. He hadn’t had a No. 1 hit since 1957. “You’re All I Need to Get By,” the duo’s follow-up duet, peaked at No. 47 on the Hot 100. Mathis was motivated by the popularity of the duets to record more with a range of artists, including Dionne Warwick, Natalie Cole, Gladys Knight, and others.

Mathis continues to perform live, but he has reduced his concert appearances to fifty each year since 2000. He’s one of the few mainstream performers who still tours with a full orchestra rather than a band. Along with Bob Dylan, Barbra Streisand, and Bruce Springsteen, Mathis holds the record for the longest stay of any recording artist on the Columbia label. Only two other artists, Frank Sinatra and Barry Manilow have had five albums on the Billboard charts at the same time.

Mathis is also recognized for his passion for athletics and innate athletic ability. In reality, he could have become an Olympic athlete had he not missed the high jump tryouts. He is still an ardent golfer who has hit nine holes in one. In the United Kingdom and the United States, he has hosted multiple Johnny Mathis golf tournaments. He has held a charity golf tournament in Belfast since 1985.

Mathis also likes cooking and produced his first cookbook, “Cooking for You Alone,” in 1982.

For many years, he kept his sexual orientation a secret, but in 2017, he told Us Magazine that he is homosexual. Mathis has been to rehab for both alcohol and prescription drug abuse. He is a supporter of the American Cancer Society, the March of Dimes, the YWCA and YMCA, the Muscular Dystrophy Association, and the NAACP, among others.