What is Josh Richards’ Net Worth? Know More About Career, Salary, Personal Life! 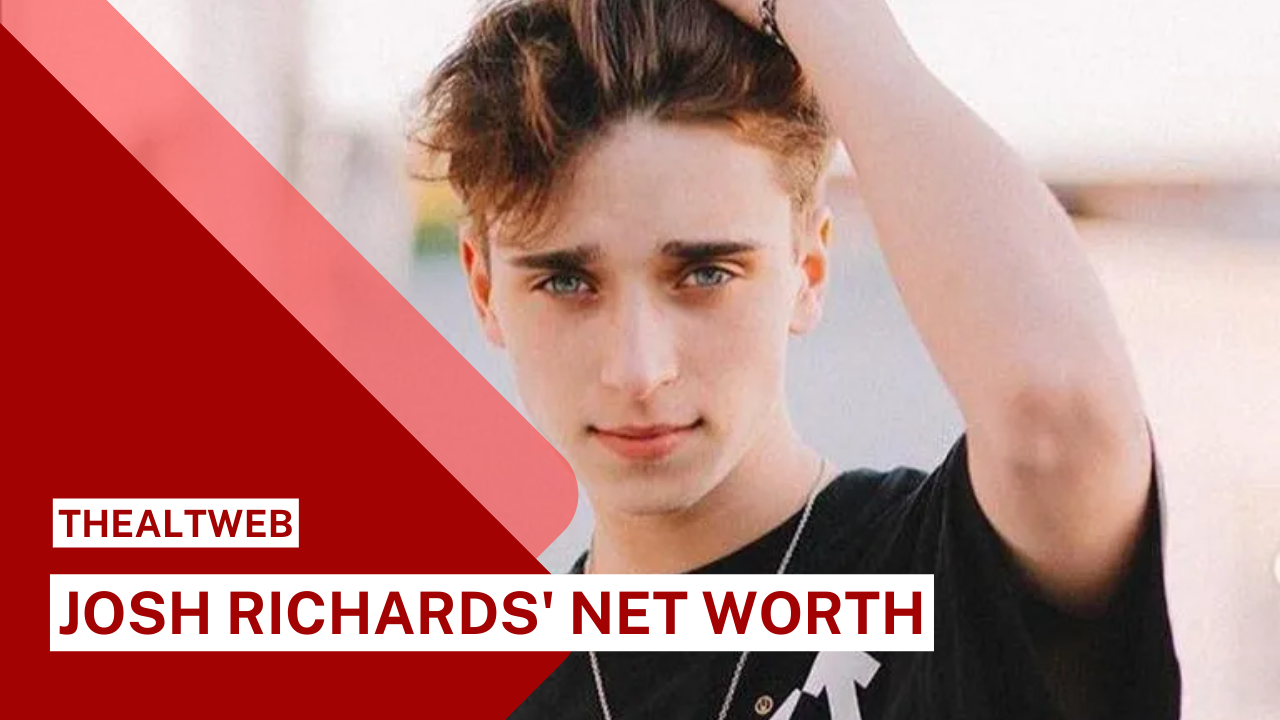 According to Forbes, Joshua Kenneth Richards (born January 31, 2002) is a Canadian social media influencer, actor, producer, host, and entrepreneur with a net worth of $2.2 million in 2022.

Josh was born in the city of Toronto in the province of Ontario, Canada. He moved to Los Angeles, California, after graduating high school to create TikTok content. So far, he’s been renowned for his social media accounts, as well as corporate endorsements, entrepreneurial endeavors, and his association with the famed content-creation organization “Sway House,” a group of young adult TikTokers. In May of 2020, he quit the group to pursue other interests.

In 2019, he got renowned on TikTok for doing dance and lip-sync videos. He had “dance movements and a generation-defining hairdo that made him a Gen Z star,” according to The Information.com.

He co-founded four companies, hosts the “BFFs” podcast, and presently acts as an advisor to start-ups and organizations that appeal to teenagers and young adults.

He has a huge amount of social media followers, and he is now interested in expanding his sphere of interest across a variety of digital platforms, such as Twitch.

Joshua’s principal source of revenue throughout his early years was TikTok and YouTube. He has broadened his horizons over time.

He’s been sponsored by sponsors including Reebok and HouseParty on TikTok, where he has 25.6 million followers.

Josh made $1.5 million between summer 2019 and summer 2020, according to Forbes, making him the seventh highest-paid TikToker in 2020.

Josh and colleague TikToker Bryce Hall co-founded ‘Ani Energy,’ a low-calorie energy drink, in 2020. The beverage is currently available at supermarkets such as Target and Walmart.

He and Hollywood star Mark Wahlberg founded ‘CrossCheck Studios’ in the same year.

CrossCheck Studios is a full-service production business “specializing in Gen Z content creation, with an emphasis on being the preeminent venue for internet-native artists, with the objective to be the definitive, go-to producers for Gen-Z film and television content,” according to the firm’s website. CrossCheck Studios recently signed first-look arrangements with Amazon and STX Films to develop long-form programming aimed at a younger population.

With his Sway House friends, he also co-founded Sway Fitness, a fitness company that focuses on gyms and sports gear for the teen and young adult population.

He presently works as a consultant for companies such as

Consumers may win monetary incentives by playing a prediction game in the Versus Game app.

Fan Controlled Football, or FCF, is a fantasy football app.

Influencers can monetize their content using this platform. It has a customer of over 100,000 creators.
In addition, he is the Chief Strategy Officer of Triller, a social media platform that competes with TikTok.

Josh is also a co-founder of TalentX, which, according to several media publications, is the largest TikTok production and management company today. According to People Magazine, Richards secured a recording contract with Warner Records in July 2020.

He’s also an investor, having helped to launch the $18 million ‘Animal Capital venture capital fund. He created it alongside his business partner Michael Gruen and Marshall Sandman, a former Goldman Sachs investment banker.

According to Forbes, Richards and his company, Animal Capital, revealed their investment and advising role in Colossal in September 2021. They are a startup that is utilizing current breakthroughs in CRISPR genetic engineering, as well as a new wave of disruptive conservation and restorative biology, to render extinction obsolete.

He’s also an investor in ‘Sillybandz,’ and according to his business partner Gruen, he’s profiting handsomely.

He’s aiming to expand his social media reach by using networks like Twitch, which is now owned by Amazon.

According to a Newsweek interview, he has always been business astute, launching a hockey t-shirt firm when he was 12-13 years old.

Josh is the co-host of two podcasts: “The Rundown With Noah Beck” and “BFFs With Dave Portnoy.”

Josh was a key member of the “Sway House,” a content-creation collective. The duration of this group was from 2019 to 2021.

Josh has also run a charity called ‘Dog For Dog,’ which focuses on caring for rescue dogs and donating to animal shelters.

He has acting credits in King Chip the Ripper: ‘Don’t You See I’m on the Phone?! ‘, ‘Player Vs Player with Trevor Noah (TV Series),’ ‘Summertime Dropout,’ and ‘Under the Stadium Lights.’ He’s also appeared in the films ‘WWE’s The Bump’ and ‘Jeremy Hutchins.’

Following his fight with TikToker Lil Huddy, he and Bryce Hall collaborated on the song “Still Softish,” which was released on March 21, 2020.

Josh relocated from Toronto to Los Angeles as a result of his TikTok success. In Bel-Air, LA, he shared a home with members of the Sway House.

According to Insider, he and his fellow TikTokers relocated to the previous address of the Hype House in Moorpark, California, in August 2021. According to The Cinemaholic, the 11,293 square-foot estates are located within a gated neighborhood and cover a total of 20 acres of land.

Josh owns a white Mercedes vehicle, which he has had since 2020, according to his videos on social media.