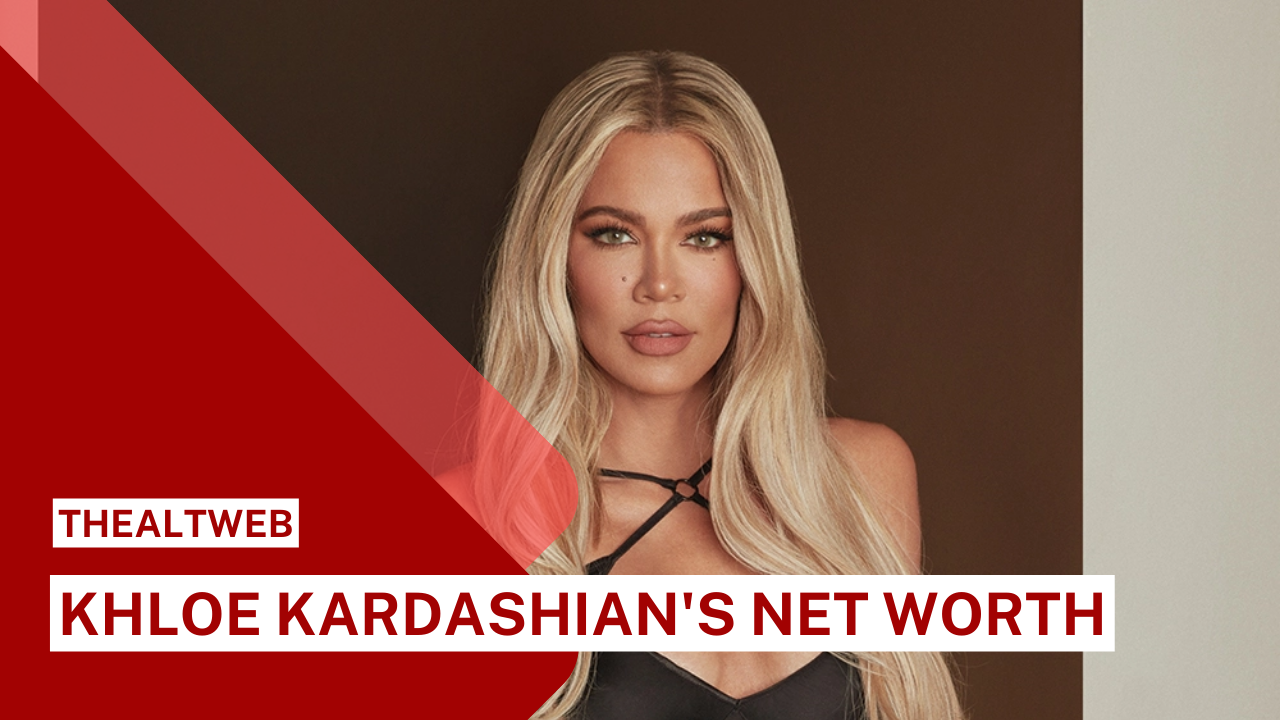 Khloe Kardashian is a $50 million-plus reality television personality, socialite, and model from the United States. She is well recognized for her role in “Keeping Up with the Kardashians.”

Khloe Alexandra Kardashian was born in Los Angeles, California on June 27, 1984, to Kris and Robert Kardashian. Her mother worked as a housewife and her father as an attorney at the time. Rob Kardashian is her younger brother, while Kourtney and Kim Kardashian are her elder sisters. In 1991, their parents separated. Kris later married Olympic athlete Bruce Jenner, who is now Caitlyn Jenner.

Khloe’s father was forced into the national spotlight in 1994 as a member of O.J. Simpson’s defense team during his murder trial, which proved tricky for the entire family.

Kardashian went to Marymount High Institution, a Catholic all-girls school in Los Angeles. However, once both of her sisters graduated and she felt alienated, she chose to drop out of school and participate in homeschooling. At the age of 17, she received her GED.

Kardashian had a traumatic brain injury in a vehicle accident in 2001 when she was thrown through the window and received a severe concussion, which resulted in long-term memory loss. Robert, her father, died of esophageal cancer when she was 18 years old, barely two months after being diagnosed.

Khloe and her family became the subject of a reality television show called “Keeping Up with the Kardashians” in 2007. It chronicles the Kardashian family’s turmoil, escapades, and career endeavors. The popularity of the series spawned spin-offs like “Kourtney and Khloé Take Miami,” which followed Kourtney and Khloé when they relocated to Florida to start one of their DASH apparel boutiques, and “Khloé & Lamar.” “Kourtney & Khloe Take the Hamptons” follows Khloe, Kourtney, and Scott Disick as they relocate to the Hamptons to launch a DASH shop and a pop-up. It had 10 episodes and lasted one season.

Careers and other business ventures

DASH is a clothing store run by Khloe, Kim, and Kourtney Kardashian. They also create swimsuits and jewelry. The success of “Keeping Up with the Kardashians” has resulted in a slew of product endorsement deals, with the sisters being paid per post for advertisements they share on social media. The sisters have written novels together, such as “Dollhouse” and “Kardashian Konfidential,” which were both launched in November 2010. In February 2011, Kardashian and her now-ex-husband Lamar Odom introduced Unbreakable, a unisex fragrance, followed by Unbreakable Joy.

Khloe Kardashian Odom held a radio show called “The Mix Up With Khloe Kardashian Odom,” in which she accepted requests and interviewed celebrities. On January 30, 2012, it was broadcast. In December 2018, Khloe was chosen as the brand ambassador for Burst Oral Care.

Concerns about the law

Kardashian, as well as her sisters Kourtney and Kim, were included in a $5 million class-action lawsuit against QuickTrim, the weight-loss product they promote, in March 2012. The Kardashians (together with QuickTrim’s maker, GNC, and others in the sales and marketing chain) are accused of misleading and deceptive promotion of the diet aid in a lawsuit filed in the United States District Court for the Southern District of New York. The claimants, who came from several jurisdictions, filed claims under their state’s consumer protection legislation.

On March 4, 2007, Khloe was arrested for driving while intoxicated. On July 18, 2008, she was reported to jail for a probation violation. She was sentenced to 30 days in prison and forced to enroll in an alcohol treatment program. Due to congestion, she was freed less than three hours after her booking.

Kardashian was sued by a woman who claimed she and 10 other individuals attacked her outside a nightclub in December 2009.

Kardashian married Lamar Odom, a basketball star for the Los Angeles Lakers, in September 2009, only one month after they met. She filed for divorce in December 2013 after a few rough moments at the conclusion of their marriage. Odom was taken to the hospital two years later after being discovered unconscious in a Nevada brothel. Kardashian decided to withdraw her pending divorce case so that she could make medical choices for him. In December of 2016, their divorce was completed.

In 2012, it was revealed that Khloe Kardashian’s biological father, Robert Kardashian, was not Khloe’s biological father. While Kris was married to Robert, rumors started to surface that Khloe was the result of an extramarital affair. The experience was documented for an episode of “Keeping Up with the Kardashians,” which included a paternity test that showed Robert was Khloe’s father and put the rumor to bed.

Kardashian has been featured in PETA’s “I’d Rather Go Naked Than Wear Fur” advertisements. She is a practicing Christian who likes attending church, and she is known to read a daily devotional to herself and the people around her every day. Her niece North West has her as a godmother.

Khloe acquired Justin Beiber’s home for $7.2 million in 2014. Soon after her divorce from Lamar Odom, she purchased the six-bedroom, seven-bathroom home on 1.3 acres. Eddie Murphy bought the house for his ex-wife Nicole after they divorced.

Khloe renovated the 11,000 square-foot house extensively. In May 2020, she put the house on the market off-market for a little less than $19 million.