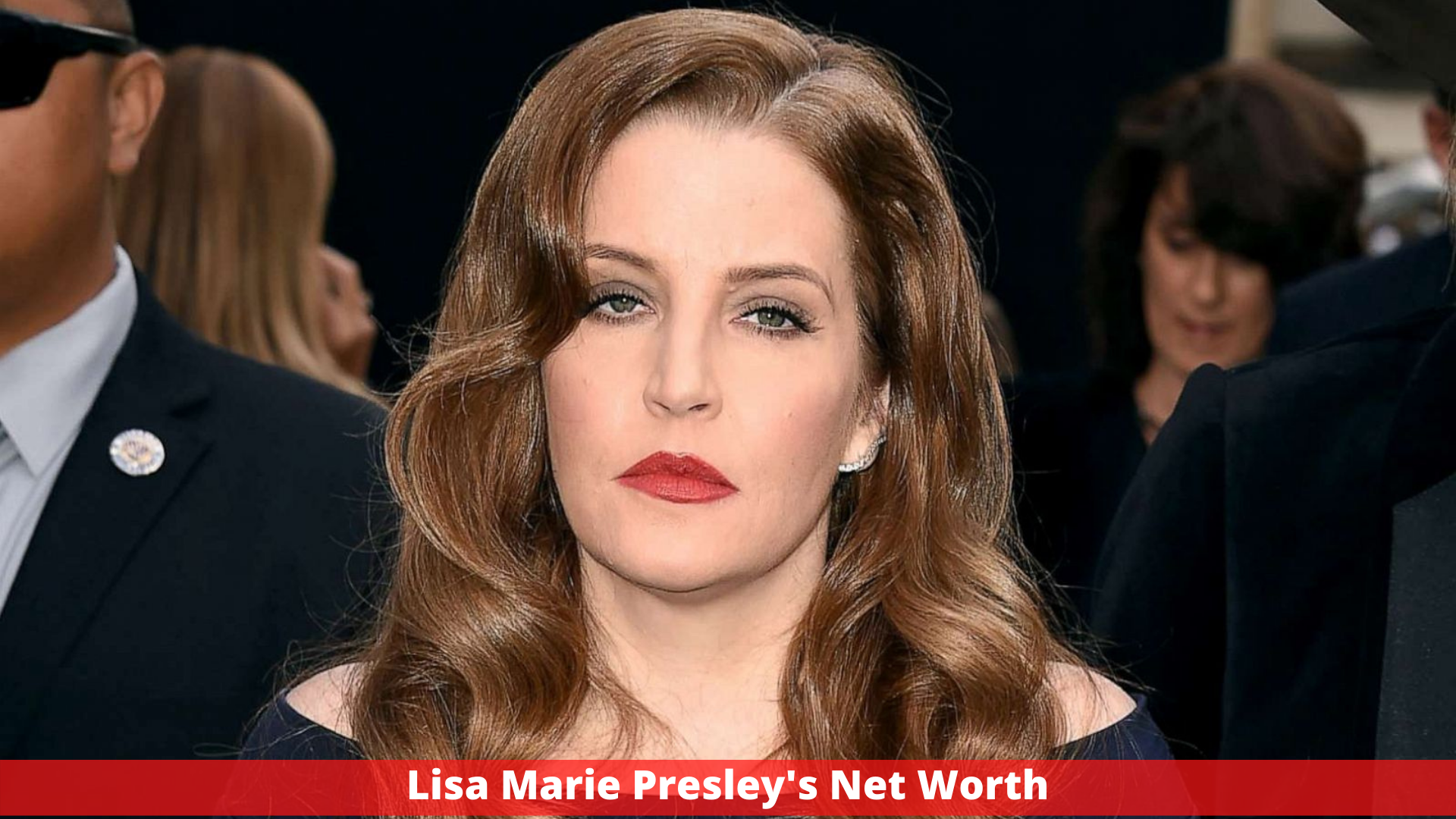 Lisa Marie Presley was born in Memphis, TN, on February 1, 1968. Lisa moved in with her mother after Priscilla Presley and Elvis broke up.

Lisa Marie Presley got married to Danny Keough in the year 1988. Before they split up in 1994, they had two children. In 2020, when Benjamin was 27 years old, he killed himself. After getting a divorce from Keough, Presley married Michael Jackson right away. Even though she helped Jackson with some of his personal problems, she still filed for divorce in 1996. Then Lisa got engaged to a musician named John Oszajca, but she broke up with him to marry Nicholas Cage. In 2002, Cage and Presley got married, but they split up later that year.

She got married to Michael Lockwood in 2006, and in 2008 she had twins. In 2016, she asked for a divorce and sole custody of the kids, saying that she had found child pornography on Lockwood’s computer.

“To Whom It May Concern,” Lisa Marie Presley’s first album, came out in 2003. In 2005, she released “Now What” as a follow-up. Like her first album, her second album did well on the charts. “Storm & Grace” was her third album, which came out in 2012. Aside from her work as a solo artist, Presley has worked with well-known musicians like Kylie Minogue, Michael Buble, and Coldplay. She has also been in music videos for Michael Jackson and other artists’ songs.

When Lisa was nine, her father died. Elvis didn’t care about being financially responsible, and he was known for spending a lot of money throughout his life. Still, the King of Rock ‘n’ Roll was totally ripped off by his manager, Colonel Tom Parker, who took about half of Elvis’s money. Elvis’ estate was worth $5 million when he died, which is the same as $14 million in today’s money.

His wife Priscilla, who was also Lisa’s mother, was the only person in charge of his will, which said that Lisa should get everything he had. But at the time, Lisa Marie was only nine years old. When all expenses and fees were taken into account, Priscilla saw that Lisa’s inheritance had dropped to just $1 million. She set out to rebuild the estate and deal with its dire situation. She did something new by turning Elvis’s house, Graceland, into a museum. Four days after the museum opened, she had paid off all of her debts and expenses. Lisa took over her father’s estate when she was 25 years old. It was worth $100 million, which is about $295 million in today’s money.

But instead of taking the money right away, she set up a revocable living trust and gave Barry Seigel the job of managing the money. Seigel decided to sell 85 percent of EPE (Elvis Presley Enterprises) in February 2005. EPE was the company that handled all of Elvis’ image rights and royalties. Even though EPE was worth $100 million, Lisa Marie only got $40 million from Seigel’s deal after taxes. On the other hand, the deal gave them stock worth $25 million in the company that will hold American Idol in the future, so it wasn’t all bad.

Unfortunately, between 2005 and 2015, there was no more money. Part of this was because Lisa spent too much, but it was probably also because Seigel and the other financial managers (who were making $700,000 a year) didn’t do their jobs well. When everything was over, Lisa Marie had only $14,000 left in the trust she had set up. She was also said to owe more than $500,000 in credit card debt.

Lisa Marie Presley fired Barry Siegel in 2015. Two years later, she sued her former business manager, claiming that he had thrown away $100 million of her money and left her broke. She said that the EPE deal was a bad idea and that he didn’t tell her the truth about how the Presley estate was doing.

In his defense, Barry Siegel said that the real reason the estate lost so much money was that Lisa Marie spent too much. He also said that they had regular business meetings where he told her what was going on and told her many times to cut back on her spending. Seigel also said that Lisa’s spending habits were so bad that her estate was $20 million in debt by 2003, which he later changed.

Lisa Marie replied that she didn’t know how her estate was doing and that if Seigel had told her what was really going on, she would have cut back on her spending and cut his $700,000 salary right away. She said that if she had only been able to use the income from the estate, she could have lived well on $1.5 to $2.5 million per year. Due to Covid-19, the ongoing court case was put on hold in 2020.

In 2018, court records from Lisa Marie and Michael Lockwood’s divorce case showed that she owed $16 million. About $10 million of the debt came from taxes that hadn’t been paid from 2012 to 2015. The rest of the debt was made up of unpaid credit card bills and lawyer fees. Lisa filled out the paperwork because her ex-boyfriend had asked for $450,000 to pay for his own legal fees.