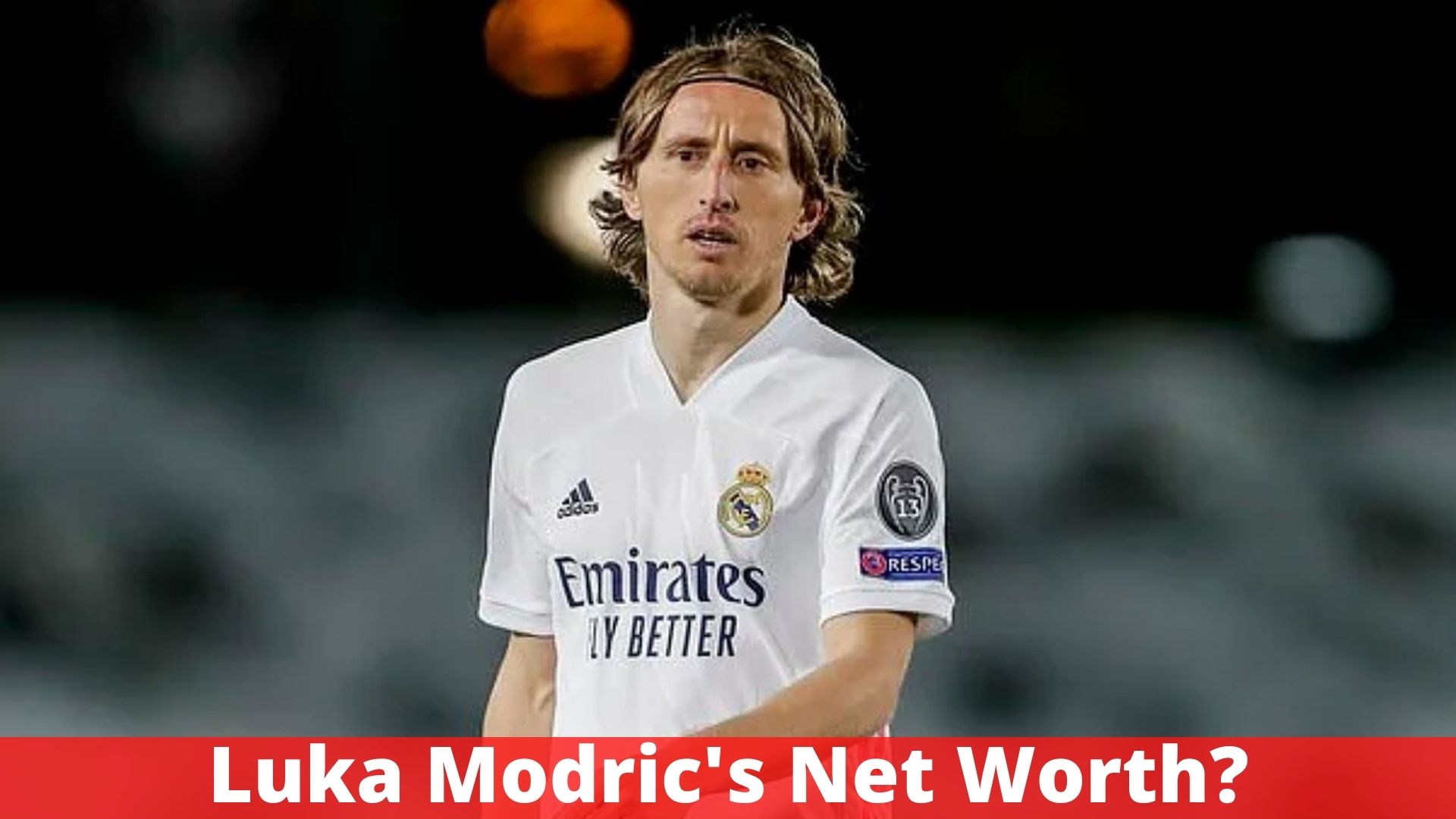 Luka Modric has a net worth of $75 million as a Croatian soccer player. Modric is a player for Real Madrid in the Spanish La Liga as of 2021. Modric is commonly regarded as the finest Croatian player ever to put on a pair of soccer boots, and he is highly regarded as one of the best midfielders of all time. He began his career as a 16-year-old with Dinamo Zagreb and later moved to Tottenham, where he spent several years in the English Premier League.

Luka Modric was born in Zadar, SR Croatia, SFR Yugoslavia, on September 9th, 1985. Luka was raised in a stone house owned by his grandfather, and as a five-year-old, he passed the time by shepherding goats. The Croatian War of Independence changed his life forever in 1991. Luka’s family was forced to flee, but not before Serb rebels lined up and shot his grandfather. Modric’s family house was then burned to the ground, but fortunately, his family had already left.

Luka joined Real Madrid in 2012 after demonstrating his worth. He soon established himself as a key member of “Los Blancos,” winning numerous Champions Leagues and other trophies during his time with the Spanish club. Modric has won many honors for “Best Midfielder” and the coveted Ballon d’Or as an individual player.

Luka has also played a major role in the Croatian national team, which he now captains. The 2018 World Cup was perhaps the pinnacle of his international career, as he led Croatia to the final, where they were defeated by France

Luka’s family spent the following five years as refugees, sleeping in hotels while his father served in the Croatian army as an aeromechanic. Luka played football for the first time in Zadar, despite the fact that he was surrounded by thousands of bombs on a daily basis. For the young boy, football was a form of escape. Luka’s potential was eventually revealed. His soccer training at a sports academy was supported by his family, who scraped together what little money they possessed.

Modric began his professional career with NK Zadar before joining Dinamo Zagreb at the age of 16. The team loaned him out at first, and he played in the Bosnian Premier League. Luka developed his style of play during this time and, at the age of 18, earned the Bosnian Premier League Player of the Year Award. He was recalled to Croatia after establishing himself and broke through with Dinamo Zagreb’s first team. Modric agreed to join Tottenham Hotspur for a price of 16.5 million pounds in 2008.

Luka took some time to establish himself in England due to his slight frame and knee ailments, but he eventually disproved his detractors. Modric was moved to a more natural role as a central midfielder when Harry Redknapp took over as Tottenham’s new manager. This was when he began to establish himself as one of the world’s top playmakers. Luka was built into Redknapp’s complete team, and the Croat signed a six-year contract deal in 2010.

Also Read: Jimmie Johnson’s Net Worth – Everything We Know!

Despite this, Luka would only stay at the club for two more years until it became evident that he was destined for bigger things. Chelsea pursued Modri tenaciously, but the Croatian was eventually snatched up by Real Madrid. Modric was signed for 30 million pounds by Real Madrid in 2012, and he would go on to become one of the most impactful players to ever wear the renowned white jersey. Luka struggled to settle in under José Mourinho, just like he did when he first arrived in England.