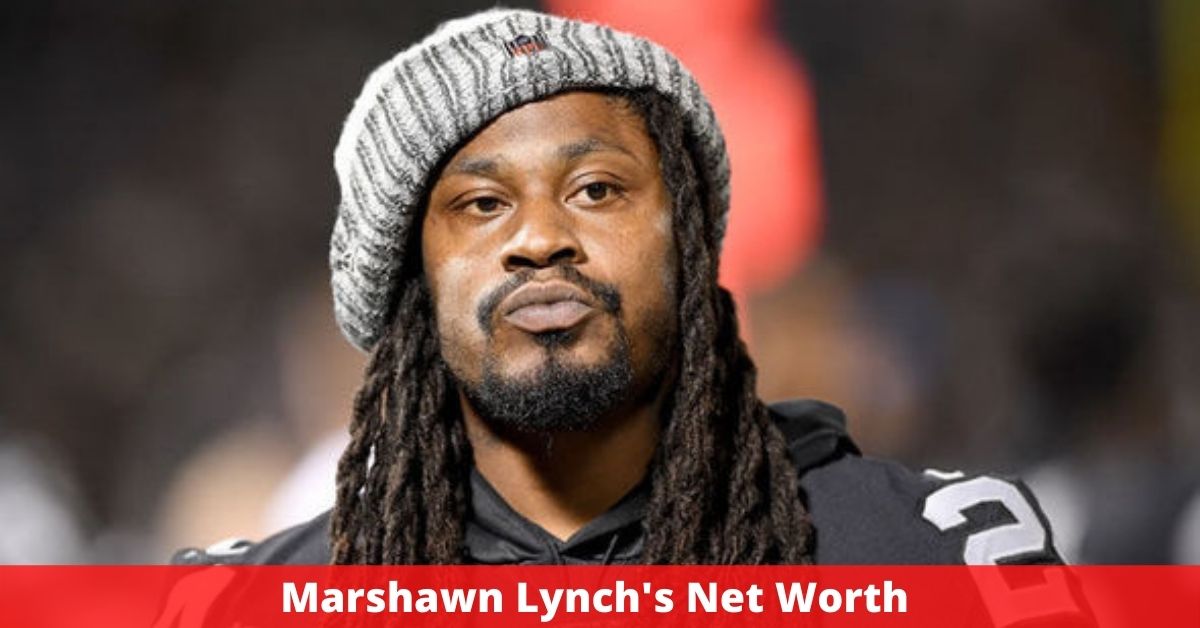 What Is Marshawn Lynch’s Net Worth?

Marshawn Lynch has a net worth of $35 million as a professional football player in the United States. After playing collegiate football at the University of California, Berkeley, he was picked by the Buffalo Bills in the 2007 NFL Draft. With 17 100-yard rushing games, he now retains the Cal record.

Marshawn Terrell Lynch was born in Oakland, California, on April 22, 1986. He has three brothers and sisters. Denise, a former 200-meter sprinter at Oakland Technical High School, raised him by herself.

Lynch attended Oakland Technical High School, where he competed in football as well as track, basketball, and wrestling.

Marshawn Lynch started his football career as a member of his Oakland high school’s football team. He was a member of the California Golden Bears football team while in university. In 2004, he was the primary backup to senior J. J. Arrington, but after Arrington graduated in 2005, he took over as the starting running back.

Lynch was chosen to the All-Pac-10 First Team in 2006, and he received many honors. The Buffalo Bills selected him in the first round of the 2007 NFL Draft the following year.

He agreed to a six-year, $18.935 million contract. He earned 90 yards on 19 carries in his debut season game in September. He was instrumental in the team’s victory over the Cincinnati Bengals in November.

He made up for his prior troubles in his debut season with Seattle, rushing for 573 yards in 12 games. His local supporters dubbed his actions the ‘Beast Quake’ after the play, which sealed his playing style in NFL history.

Lynch was enticed out of retirement by the Oakland Raiders in April 2017. He signed a two-year contract with the company. Even though he retired, the Seahawks kept his rights and traded him.

In interviews, Lynch mentions his liking of Applebee’s, and his teammates joke that he likes chain eateries. He is also well-known for his active participation in the community. In 2013, he was included in Red Bull’s “Athletes Give Back” campaign for organizing a successful food drive in his community. For his friendliness and generous personality, he is universally loved and revered by his teammates.

Also Read: What Is kylie fitts’ Net Worth? Everything You Need To Know!

Lynch was regularly seen nibbling on Skittles during games, a habit that began when he was in high school and led to a 2014 contract with Skittles. In addition to personal remuneration, the deal stated that for each touchdown he scored in Super Bowl XLVIII, $10,000 would be donated to his Fam First Foundation. When he was caught eating Skittles during a nationally televised game in 2011, the Mars corporation awarded him a two-year supply of the candy as well as a special dispenser for his locker.