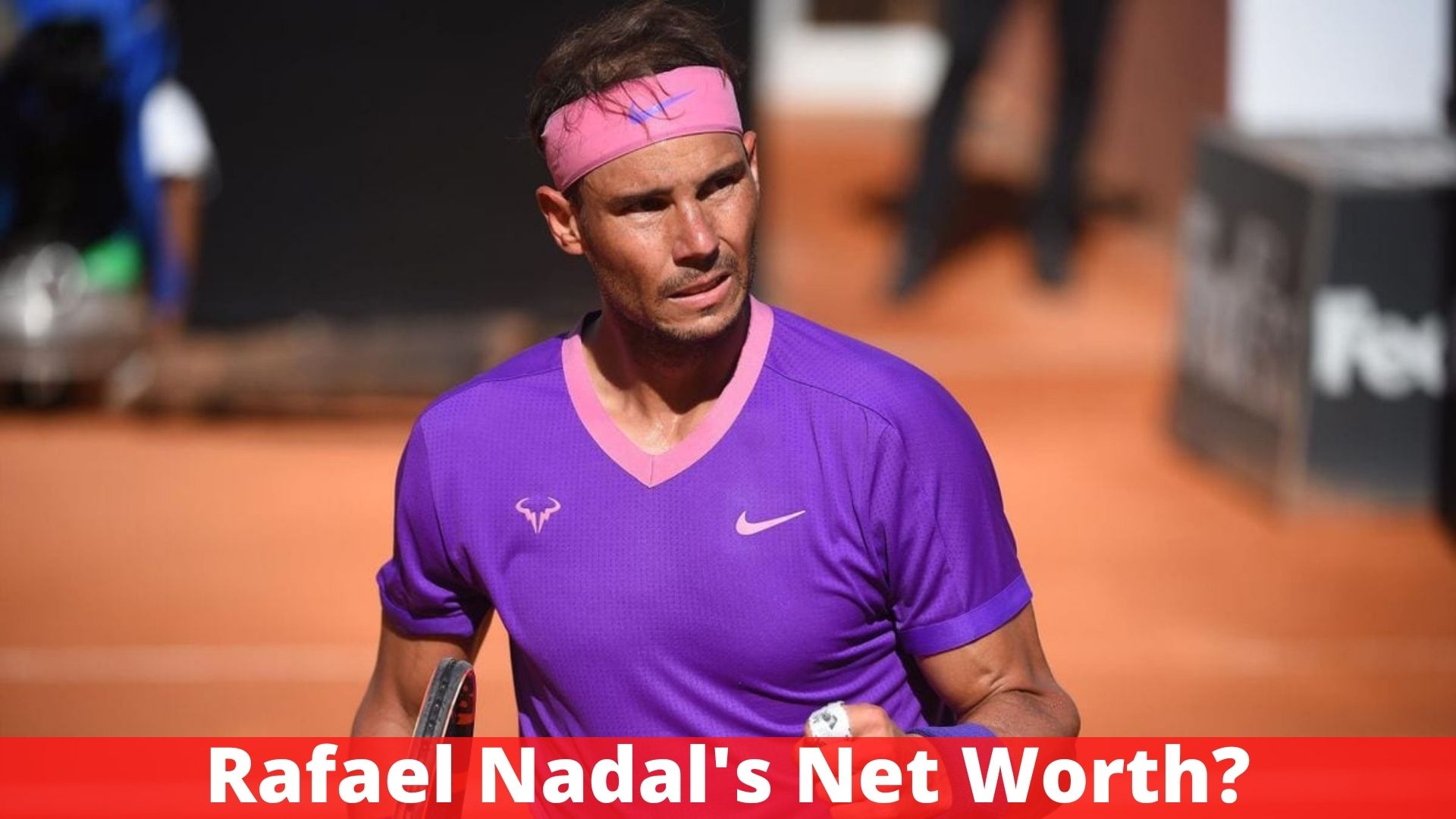 Rafael Nadal is a wealthy tennis player from Spain, with a net worth of $220 million USD. Rafael Nadal is regarded as one of the greatest tennis players of all time, having won numerous events throughout his career. Nadal dubbed the “King of Clay,” has a record of 82 consecutive victories on a single surface clay.

Another record is that he has won at least one Grand Slam every year for the past ten years. When Nadal won the Australian Open in January 2022, he became the 21st player to win a Grand Slam. With this victory, his career on-court earnings surpassed $127 million, putting him around $3 million behind Roger Federer and $27 million behind Novak Djokovic, the highest-paid men’s tennis player of all time.

Nadal has earned numerous trophies throughout his career, including the Sportsmanship Award and five ATP Player of the Year awards. He also won the Laureus World Sportsman of the Year award once and was awarded ITF World Champion four times. Rafael earns $40 million per year from tournament winnings, appearance fees, and sponsorships in a given year.

Rafael Nadal was born in Mallorca, Spain, on June 3rd, 1986. His father was a multi-millionaire businessman, while his uncle was a former professional football player. When Nadal was three years old, a different uncle spotted his athletic ability and urged him to begin learning to play tennis. Rafael Nadal was winning under-12 tennis competitions by the age of eight, and he was also showing promise as a footballer. Nadal’s father eventually forced him to select one sport or the other in order to free up more time for education.

Despite the fact that the Spanish tennis organization wanted Nadal to transfer to Barcelona to practice with government money, his family declined. Instead, his father paid for his training, and he continued to grow in Mallorca.

Nadal became only the sixth player in history to win an ATP match before turning 16. He advanced to the semi-finals of the Boys’ Singles tournament at Wimbledon the following year. He also played in Spain’s Junior Davis Cup victory over the United States.

Nadal was ranked 79th in the world in 2003, and he continued to build on his previous accomplishments. In Croatia, he competed in several tournaments and won his first ATP championship (a doubles event). He earned his first ATP singles championship the following year when he won the Prokon Open. He also defeated Federer for the first time in a singles match during the Davis Cup and won his maiden singles match.

Nadal continued his fight with Federer over the next few years, winning more Grand Slam titles. Nadal won 79 matches in 2005, while Federer won 81. Nadal developed his supremacy on clay courts during this time, and he eventually defeated Federer in the French Open final, becoming the first man to defeat Federer in a Grand Slam final. Nadal had firmly established himself as the world’s number two player by the end of the year.

Also Read: Jack Antonoff’s Net Worth – Everything We Know!

In 2007, Federer and Nadal alternated victories and losses once more, however, Nadal was dogged by injury rumors heading into 2008. In the Wimbledon final that year, he faced Federer in what many believe to be the greatest tennis match of all time. The match became the longest in Wimbledon history due to rain delays and evenly matched skills. Finally, Nadal won the last set just as the sun began to drop over the court. Nadal concluded the year as the world’s number one player.

Nadal has won more than $127 million in tournament prize money since turning pro in 2001. Every year, Nadal earns millions of dollars from his different commercial endorsements. He earned more than $21 million from endorsements alone between June 2016 and June 2017.