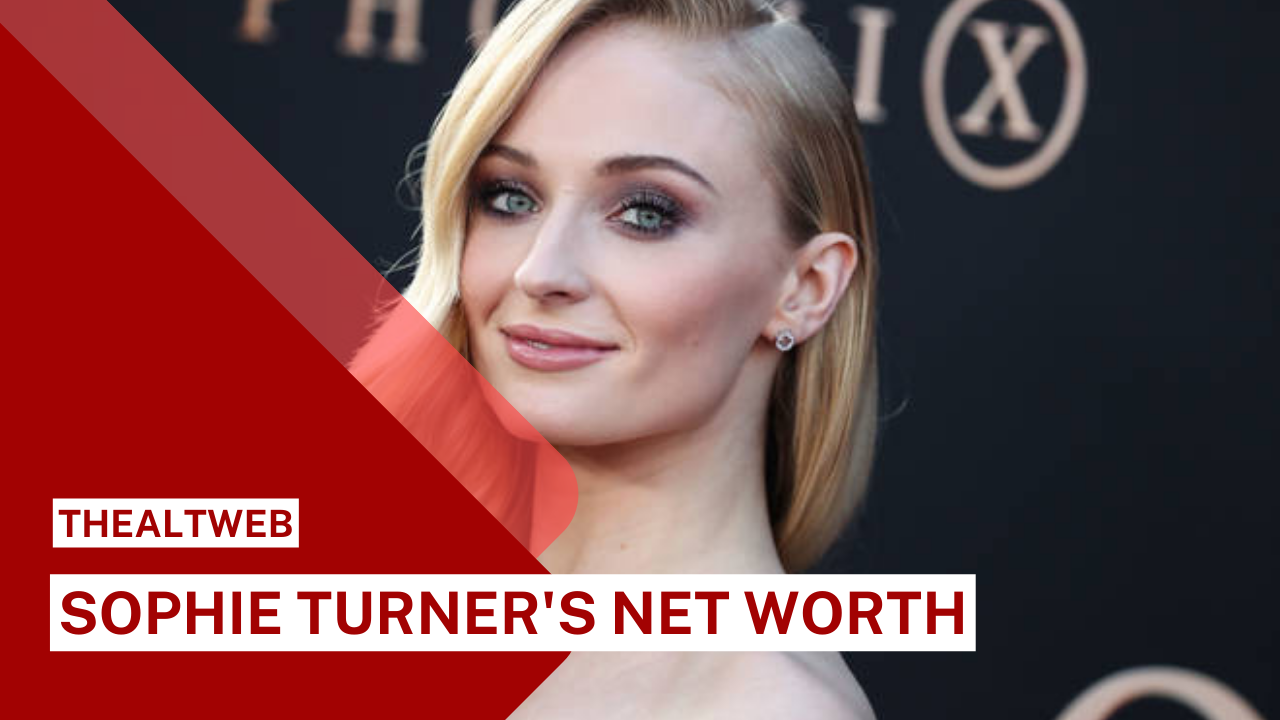 Sophie Belinda Turner was born in the English town of Northampton on February 21, 1996. Her mother Sally (a former nursery school teacher) and father Andrew (a pallet distribution company employee) raised her in Chesterton, Warwickshire, with elder brothers James and Will. Sophie had a twin brother, but he died before Sophie was born.

Turner expressed his feelings about the tragedy when he remarked, “My mother had a miscarriage, but my twin survived. That had a significant impact on me since I always felt like something was missing. I have two elder brothers who are close in age, and I’ve always felt as though I needed or should have had someone in my life. I suppose there’s a sense of bereavement there that I’ve exploited to elicit emotions onscreen.” Sophie went to Warwick Prep School and The King’s High School for Girls, and she had a tutor on set until she was 16, when she joined the cast of “Game of Thrones.” At the age of three, Turner joined the Playbox Theatre Company.

After season one of “Game of Thrones,” Sophie and her family decided to adopt the dog who portrayed her character’s dire wolf. Turner made her big-screen debut in the 2013 film “Another Me,” and she also starred in the television drama “The Thirteenth Tale” the same year. She starred in 2015’s “Barely Lethal” and 2016’s “X-Men: Apocalypse,” which made $543.9 million at the box office. She voiced the Cassandra Clare audiobook “City of Heavenly Fire” in 2014. Sophie played Jean Grey again in the $252.4 million-grossing “Dark Phoenix” in 2019.

Turner starred in the revenge thriller “Heavy” in 2019 after starring in the film “Josie” in 2018. She also participated in the science-fiction picture “Time Freak” in 2018. She portrayed Westley in “Home Movie: The Princess Bride,” a film filmed during the COVID-19 epidemic with the actors capturing their roles on their phones while isolated at home, in 2020. Sophie was cast as the daughter of novelist Michael Peterson (who was convicted of murder in the 2001 death of his wife, Kathleen) on the HBO Max true-crime series “The Staircase” in June 2021, and she was announced as a member of the cast of the animated HBO Max series “The Prince” in November 2020.

Sophie and musician Joe Jonas started dating in 2016 and got engaged in October 2017. Turner formally changed her last name following the wedding, which took place on May 1, 2019, in Las Vegas. On June 29, 2019, the couple married for the second time in Paris, and on July 22, 2020, their daughter Willa was born. Sophie inspired the Jonas Brothers’ song “Hesitate,” which appears on their 2019 album “Happiness Begins.”

During her tenure on the show, Turner was depressed “It just started to go south I guess when I started to enter puberty, and truly puberty, however, at like 17,” she said on Dr. Phil’s podcast, “Phil in the Blanks,” in 2019. My metabolism seemed to be drastically decreasing, and I was gaining weight as a result. Then there was the social media scrutiny and all of that, and that’s when it hit me.” Sophie disclosed that she was on medication and therapy at CAST Centers (dubbed “the nation’s premier mental health and addiction treatment center”) and that she was taking a break from acting to “work on [her] mental health” at the time of the interview.

Sophie and Joe bought a 15,000-square-foot property in the Encino neighborhood of Los Angeles for $14.1 million in 2019 and sold it for $16.75 million in June 2021. The property contains a pool, spa, putting green, and guest house, as well as a wine cellar, gym, home cinema, and two kitchens.