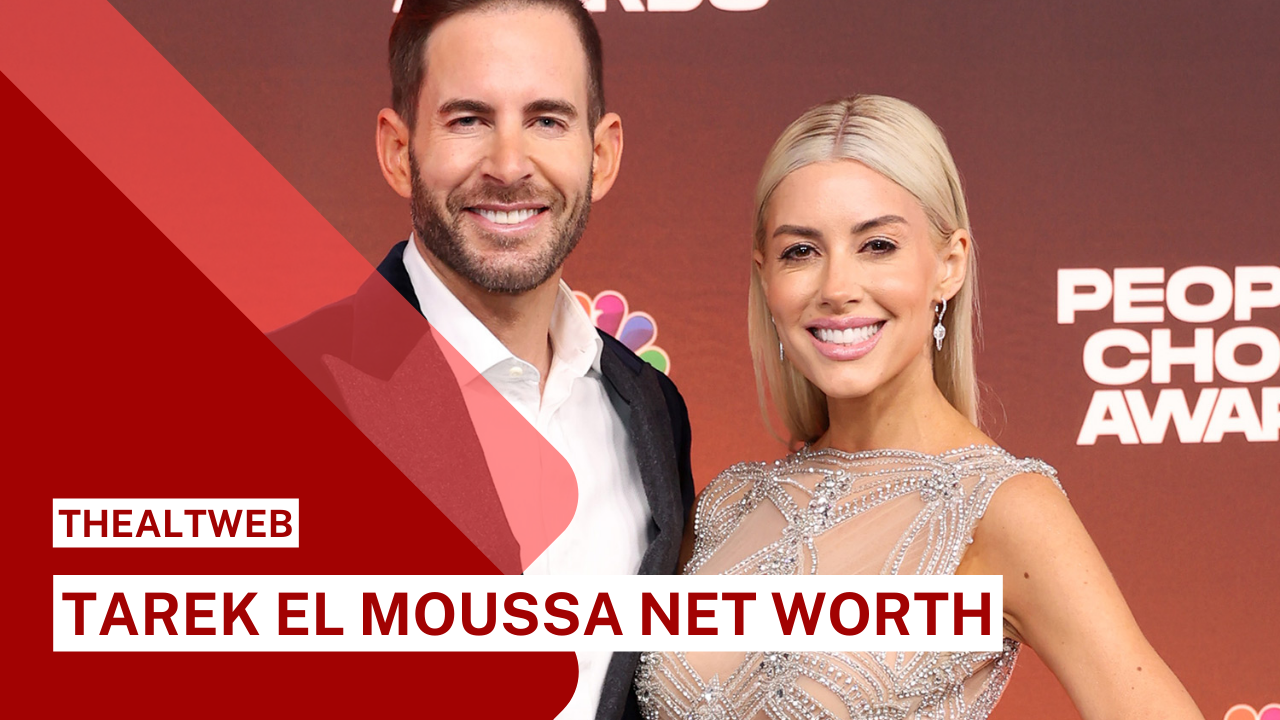 Before HGTV, there was a time when

Tarek el Moussa grew up in Long Beach, California, where he was born on August 21, 1981. His ancestors are Arab and European. He is half-Arab. In Lebanon and Egypt, his father was raised as a Catholic. My father emigrated to Europe in his late teens, and his mother is from Belgium. Tarek is an American national. Dominique is his little sister. Tarek enjoys a tight relationship with his family, which includes his mother, father, and stepfather, all of whom reside nearby and occasionally assist him with his children.

Tarek works as a real estate agent and flipper in Orange County, California. He is well-known for buying homes at auction, remodelling them, and then reselling them for a profit. At the age of 21, he obtained his real estate licence and began flipping houses right away.

Through the flipping business, he met his future wife, Christina Haack. Christina focused on design, while Tarek handled the renovations. The economy grew until 2008 when it crashed. Following the crash, Tarek and Christina famously downsized from a $6,000-a-month mansion to a $700-a-month studio apartment.

During the housing market meltdown, Tarek and Christina owned The El Moussa Group in Orange County, California, which had one of the highest foreclosure rates in the country. Tarek, Christina, and their partner Pete De Best paid $115,000 in Santa Ana for their first investment property. The trio divided the $34,000 profit and continued to flip houses, growing their real estate investment firm into Arizona and Nevada.

Tarek and Christina married in 2009 and have two children: Taylor Reese and Brayden James.

Related – What Is Jim Cornette’s Net Worth? Complete Info!

Rise to Fame on HGTV

Tarek and Christina’s real estate business improved as the global economy improved. Tarek recruited a buddy to video him and Christina flipping a property from beginning to end in 2011 on the spur of the moment with the intention of turning it into an audition tape. Producers from Pie Town Productions and HGTV were impressed by the tape, as well as Christina’s Instagram profile.

In 2012, Christina and Tarek struck a deal with HGTV, and their show Flip or Flop launched in April of the following year. The show follows the couple as they bid on a house, renovate and restore it to make it marketable, and then resell it. Tarek is in charge of the remodelling, while Christina is in charge of design and scheduling. Christina and Tarek shot 92 episodes over the course of seven seasons between 2013 and 2017. The couple gained a lot of attention.

In 2020, HGTV announced Tarek’s new show, Flipping 101 with Tarek El Moussa. Tarek is featured in the show as he trains real estate newbies in order to teach them the keys to a successful flip.

A registered nurse and admirer of the show, Ryan Reade, wrote to the production company in 2013. She recommended having a doctor look at a tumour on Tarek’s neck that she had seen while watching Flip or Flop. Cancer was discovered. Tarek had testicular cancer as well as thyroid cancer. Tarek’s life was most likely saved by the nurse, who allowed him to get treatment before the condition became too serious. The El Moussas praised Reade in a video shown on HGTV.com after he contacted the producers.

Tarek and Christina, unfortunately, separated in May of 2016. After an argument, Tarek fled the house and was supposedly suicidal, police were summoned to their residence. Tarek said that he was never suicidal and that he went on a trip with a gun to protect himself from wild creatures. They decided to divorce in January 2017. The future of their show, as well as their co-owned real estate firm The El Moussa Group, was in jeopardy following their divorce.

In January 2018, their divorce became final. They did manage to film the eighth season of Flip or Flop after the divorce, and their post-divorce and co-parenting relationship appears to be rather friendly. The El Moussa Group was disbanded following their divorce, and Tarek and Associates are now in charge.

In December 2018, Christina married Ant Anstead, an English television host. Hudson Anstead, their son, was born on September 6, 2019, and is their first child. They acquired a $4.1 million house just two blocks from their wedding in Newport Beach, California.

In February 2010, she earned Playboy’s Playmate of the Month. Heather is a Southern California native, like Tarek. When she was 18, she started modelling professionally. She works with celebrities, entertainers, and athletes as a real estate agent, specialising in high-profile and rich customers. Heather is an animal rights advocate. She is committed to staying in shape and eating a nutritious diet. Her three dogs, Sebastian, Baxter, and Brandy, like running on the beach with her.

Heather can’t stop gushing about Tarek, their relationship, how much she loves him and his children, and how his daughter Taylor is one of her best friends during season two of Selling Sunset.

Tarek announced in late April 2020 that he was selling the house he acquired after he and his now-ex-wife split up in favour of a new home in Newport Beach with Heather — but they later backed out owing to issues with the house. Tarek’s previous property had already sold, so they decided to rent a sleek, modern beach house just a block from the coast for at least a year. Heather has a West Hollywood apartment as well, which is closer to her Sunset Strip office.