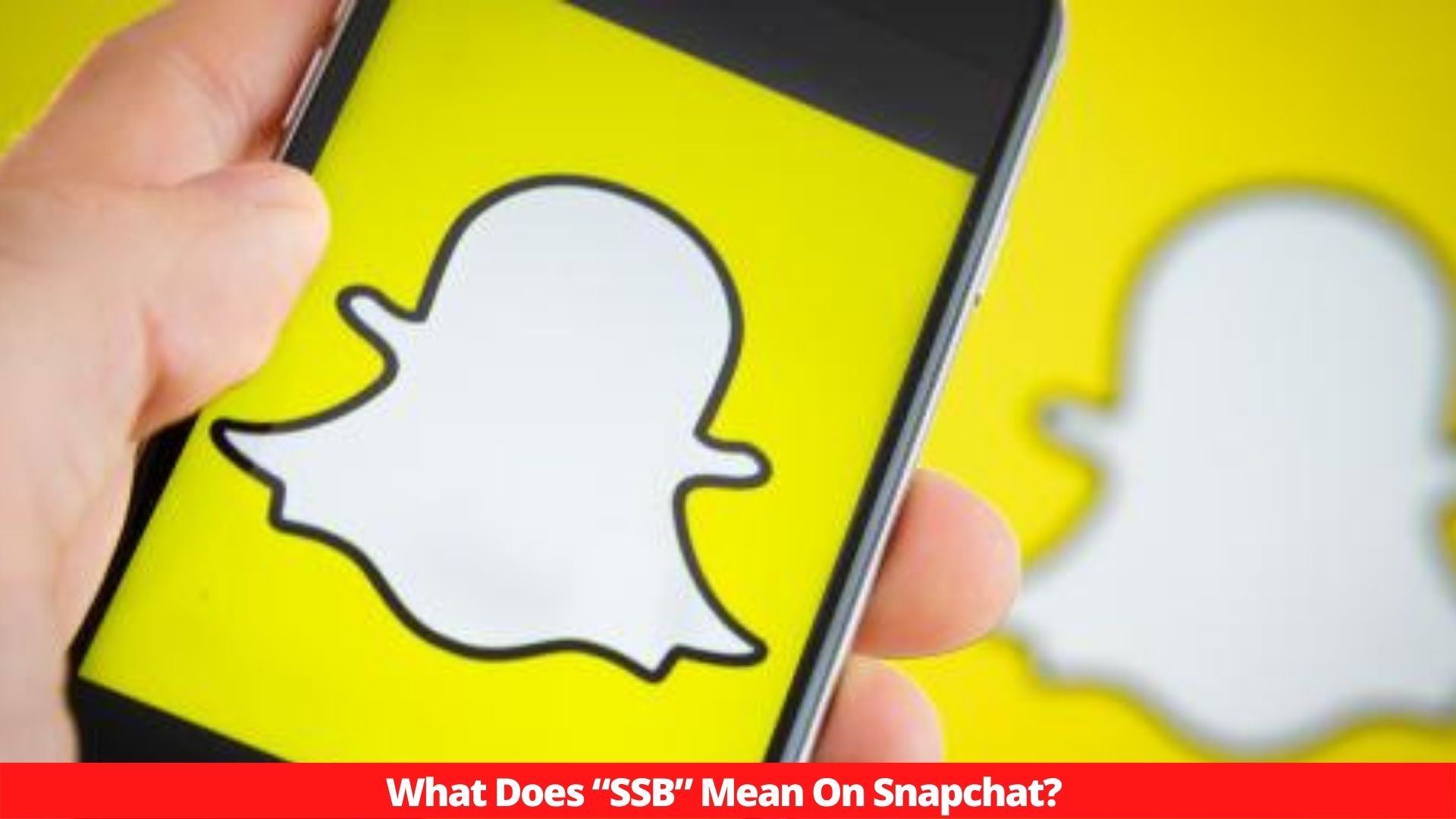 Spend a little time on a new social platform if you want to feel like an old fart. You’ll be bombarded with more unfamiliar acronyms than you’ll ever want to understand.

The good news is that if you simply ignore these new terms long enough, they will eventually become obsolete and be replaced by something else. For example, no one calls photographs of attractive people “thirst traps” any longer, and no one refers to their significant other as “bae.”

Acronyms, on the other hand, tend to last a little longer. The phrase “SSB,” which has become popular on Snapchat, has numerous meanings. It also has ties to an older TV show (which has been given the HBO Max treatment). So, what is “SSB” on Snapchat stand for?

What Does “SSB” Mean On Snapchat?

To put it another way, it means “Send snap back.” If someone sends you a Snapchat photo with the hashtag “SSB” attached, it indicates that they would like you to reciprocate the gesture. It can be presumed that they are looking for a photograph in the same vein as the one they sent you. Consequently, if a dude takes a picture of his feet and captions it with the phrase “SSB,” it is likely that they are curious about your toes as well.

It could also simply indicate that they wish to communicate with you via text message, but you should make an effort to gauge the general tone of the conversation as a whole.

There are also more definitions for the term that are not related to Snapchat, so we’ll go through those as well.

“Secret Single Behavior,” which is a term coined by S** and the City, succinctly characterizes the type of behavior that one engages in when alone in their home with no one else there. It acknowledges that when one is dating or emotionally linked with someone, there is a certain amount of theater or pageantry to one’s existence.

Secret Single Behavior, often known as “SSB,” is something that is kept hidden from one’s significant other in order to retain some kind of sanity. The main character, Carrie (Sarah Jessica Parker), quickly recognizes that the “SSB” standards do not apply to the guy she’s dating since she simply wants to spend time with him and sit in his lap while he reads a book.

Nonetheless, there are some unique “SSB” activities that the characters in the program get themselves into on occasion. Charlotte scrutinizes herself in the mirror, paying close attention to every pore. What is Carrie’s “SSB”? Stacking saltines between pieces of jelly is a fun activity. This is something she would never do in front of anyone else.

“SSB” Can Also Be Short For ‘Super Smash Bros’

Also read: Snap Is Launching A Flying Drone Camera For Snapchat – Everything You Need To Know

Do you use the “SSB” abbreviation, and does it have a different meaning for you than it does for me? I’m quite sure there are fishmongers all around the world that use it as a shorthand for “Super Salty Branzino,” but I’ve never worked in the fisherman industry, so I can’t confirm or refute that.