Tournament Of Champions III 2022 – Everything We Know! 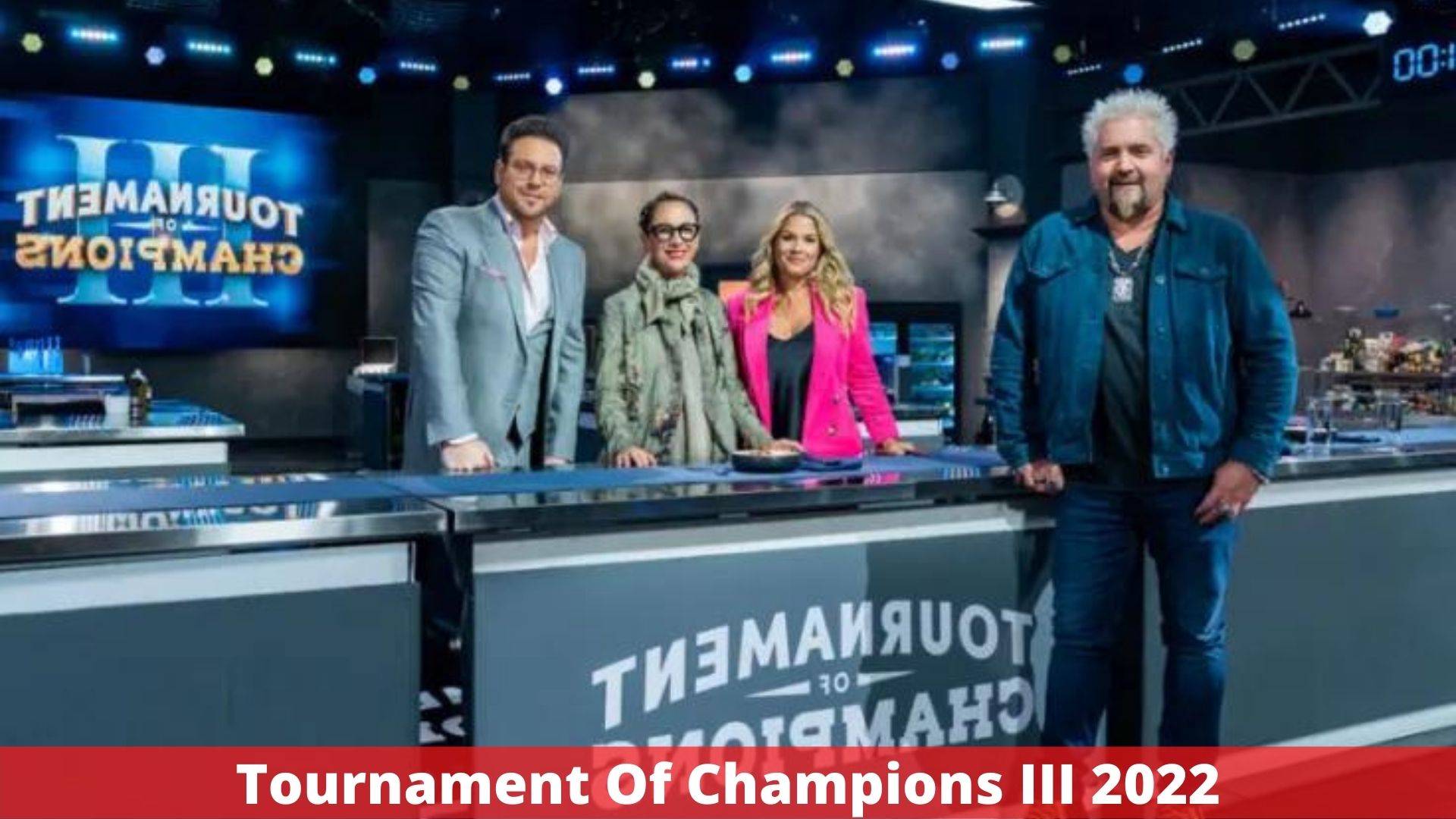 Four chefs advanced to the Tournament of Champions III quarterfinals last week, as the upsets persisted and the incumbent champion battled to win once again. The final eight chefs are now competing in a culinary fight to see who will be the next to join them.

Among them are Season 1 champion Brooke Williamson, who is hungry to reclaim her title, and Michael Voltaggio, who is salivating at the prospect of winning the event. We also have a number of newcomers who are quickly establishing themselves, as well as the one and only Brian Malarkey.

Returning culinary icons Nancy Silverton and Rocco DiSpirito are joined this week by Scott Conant at the judges’ table. Conant has previously appeared on Tournament of Champions but is best known as one of the regular judges on Chopped.

Voltaggio appears to be the most determined of all the chefs who have returned to participate in this season’s Tournament of Champions to not just make it to the Final but to win it all. And if he keeps cooking like this, he’ll be able to do it with ease.

With the exception of the Oyster Grill Pan, which the chefs had to figure out how to use efficiently, the Randomizer was extremely generous to the cooks. But it didn’t take long for them to devise a strategy and decide what they would do.

Voltaggio went Italian and made Vegetable Linguine with Clams, but the moment he saw who the judges were, he began second-guessing himself. He didn’t have to be concerned because the judges all praised the dish, with Conant describing it as “a little naughty.”

Derry’s Rice Salad with Leek Chili Oil and Grilled Maitake Mushrooms was also a hit, but it didn’t come close to Voltaggio’s dish in terms of impact. With a 93-85 win, he proved once again that this could be his year.

In Week 6 Of Tournament Of Champions III, Who Chefs Were Eliminated?

In a matchup of Tournament of Champions rookies, Sampath is coming off a tremendous upset victory over Darnell Ferguson in Round 1, while Akunowicz is coming off a strong seven-point triumph.

Both chefs focused on the Romantic Dinner feature that the Randomizer assigned to them, attempting to elicit romantic feelings in the judges through their food. Both chefs went global by preparing some extremely unusual dishes that most Americans are unlikely to be familiar with.

Akunowicz, meantime, cooked a Moroccan-Style Skate with Saffron Couscous and Watercress Chermoula. Her Skate wasn’t as well cooked as Sampath’s, and her dish had some seasoning difficulties as well.

For the second time in Tournament of Champions history, the result was a tie. Both cooks received a 74, but Akunowicz won because she received a 26 in the Randomizer category compared to Sampath’s 24.

The second of two clashes between tournament newbies featured two chefs who each pulled off remarkable upsets on their route to meeting each other, with Dorzon knocking off No. 2 seed Christian Petroni. Add in a forgiving Randomizer, and you’ve got yourself a classic battle on your hands.

When it came to their take on a fast-food favorite, both cooks went a little outside the box. Dorzon created a classic in the shape of Fish and Chips served with a smoked pear salsa on a wood plank. Conant was the only one who had a major problem with the dish, pointing out the knife cuts in the salsa.

Admony, on the other hand, made Swordfish Kabobs with Tahini and Asian Pear Salad. Conant had another issue, this time with the plating, which he didn’t think was in keeping with the fast-food aesthetic. Meanwhile, Silverton and DiSpirito both thought the ground swordfish had a weird texture that they didn’t like. Dorson was able to pull off an unexpected 81-77 victory as a result of this.

In the main event, Williamson faces up against Malarkey, who is a lot more accomplished chef than Food Network fans give him credit for due to his noisy attitude.

Also read: Neal Mcdonough’s Net Worth – All You Need To Know!

This was the night’s toughest Randomizer, as razor clams are one of the most difficult shellfish to cook. Regardless, Williamson and Malarkey had a game plan in place to attempt and win.

Williamson made Razor Clam Chowder with Edamame Polenta Fritters. The judges liked it and understood her intent, but Conant and Silverton believed the chowder was too thick.

Clam Dumplings with Edamame and Razor Clam Ceviche. His biggest issue was self-control and not trying to accomplish too much. And it worked, as the judges believed his meal demonstrated a cook with a lot of skill and finesse.

However, the judges felt his sauce was too hot, overpowering the clams and detracting from the dish’s enjoyment. Williamson won 87-80 and will face Voltaggio in the Great Eight.

That means a fresh chapter in one of the best Tournament of Champions rivalries. We get to see Brooke Williamson vs Michael Voltaggio in Round 3!