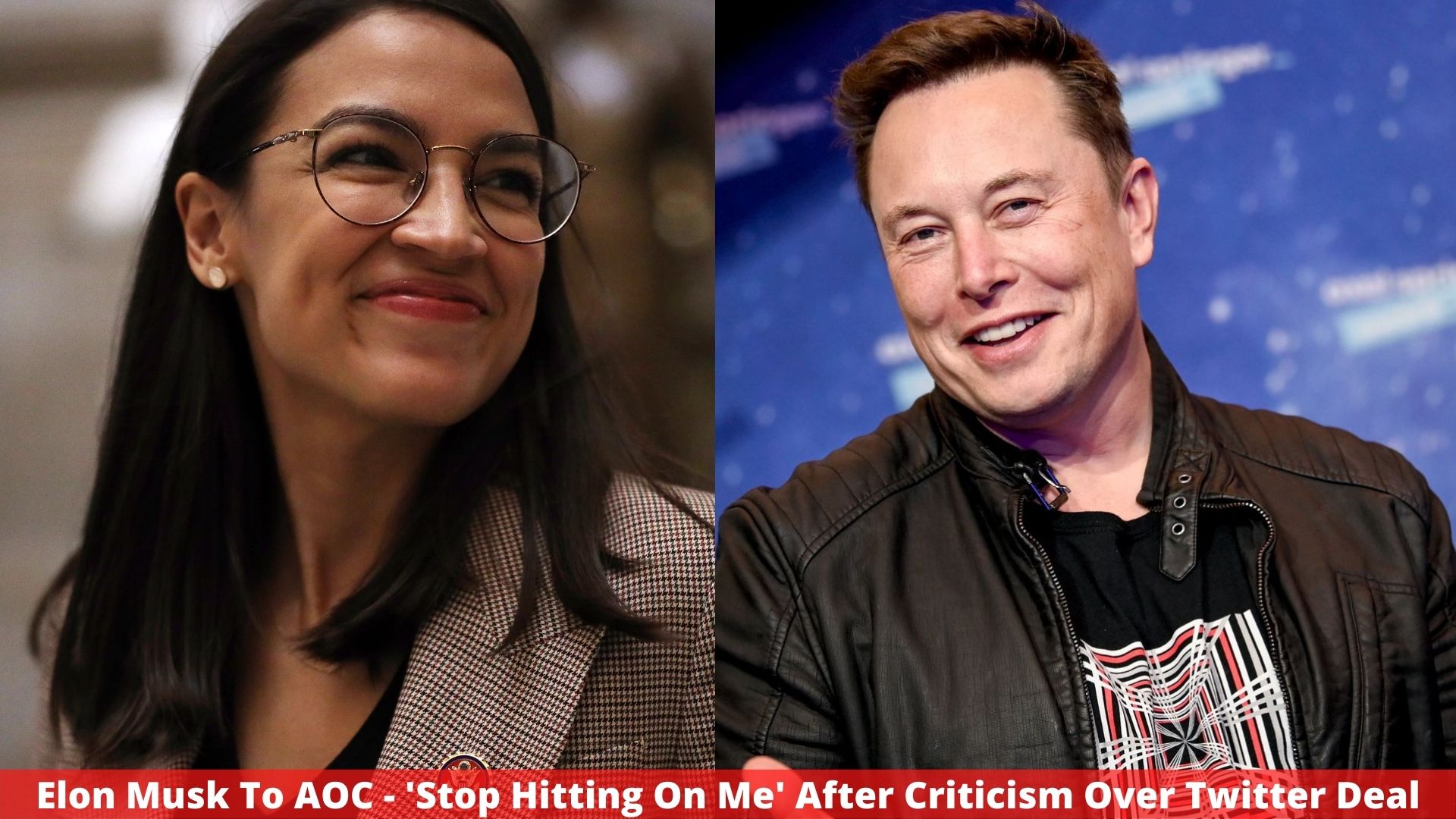 Elon Musk and Representative Alexandria Ocasio-Cortez got into a Twitter dispute when she chastised billionaires and provided an oblique reaction to Tesla Inc. CEO Elon Musk’s remark that the Democratic Party “had been seized by extremists.”

Elon Musk accused Alexandria Ocasio-Cortez of flirting with him after she slammed his purchase of Twitter for inciting hate crimes.

‘Stop hitting on me, I’m really shy,’ he wrote, accompanied by a blushing emoji.

Musk was responding to a tweet made by a Democrat Representative earlier on Friday, implying that he’d only purchased the platform on the advice of Fox News anchor Tucker Carlson and PayPal co-founder Peter Thiel.

‘Tired of having to collectively worry about what explosion of hate crimes is happening because some billionaire with an ego problem controls and skews a large communication platform because Tucker Carlson or Peter Thiel took him to dinner and made him feel special,’ she tweeted.

AOC then responded to Musk’s jab by claiming she was referring to Mark Zuckerberg, the founder of Facebook and Instagram.

‘I was talking about Zuckerberg, but ok,’ she added, before deleting the tweet a minute later. The spokesperson for the Bronx and Queens has yet to comment on why she withdrew the sign.

Musk has backed politicians from both parties. Many Republicans, on the other hand, have applauded his intention to take over and reform Twitter, claiming that conservative viewpoints have been blocked, a claim that Twitter and other internet companies refute. However, the agreement has enraged Democrats, who are concerned that the world’s wealthiest person would ease regulations designed to prevent the spread of disinformation and hate speech.

Also read: What Is Coca Cola Net Worth? Does Elon Musk Want To Buy Coca-Cola?

“Free speech is the bedrock of a functioning democracy, and Twitter is the digital town square where matters vital to the future of humanity are debated,” Musk said. “I also want to make Twitter better than ever by enhancing the product with new features, making the algorithms open source to increase trust, defeating the spam bots, and authenticating all humans. Twitter has tremendous potential – I look forward to working with the company and the community of users to unlock it.”

Musk, who agreed to pay $44 billion for Twitter Inc., tweeted about Democrats to his roughly 89 million followers on Thursday, just hours after tweeting a cartoon of liberals running far to the left since 2008.

Earlier in the day, Ocasio-Cortez chastised Musk for claiming that the Democratic Party had been taken over by the “extreme left” in recent years.

Also read: Elon Musk May Buy Country Music for $89 Billion – Is It A Hoax?

‘The extreme left is taking over WHERE,’ she wrote. ‘In Texas, Republicans passed a law allowing rapists to sue their victims for getting an abortion. Can anyone name a “far left” policy that extreme implemented anywhere? We can’t even get our party to import cheaper RXs from Canada. foh.’

Several Senate Commerce Committee Democrats suggested on Thursday that they might call Musk to testify about his ambitions.

Musk’s tweet on Thursday, “I passionately backed Obama for President, but today’s Democratic Party has been hijacked by fanatics,” appears to have sparked the back-and-forth. That came only hours after he tweeted a cartoon from 2008 depicting liberals running to the left.

In a series of tweets, Ocasio-Cortez countered Musk’s claim without identifying him.