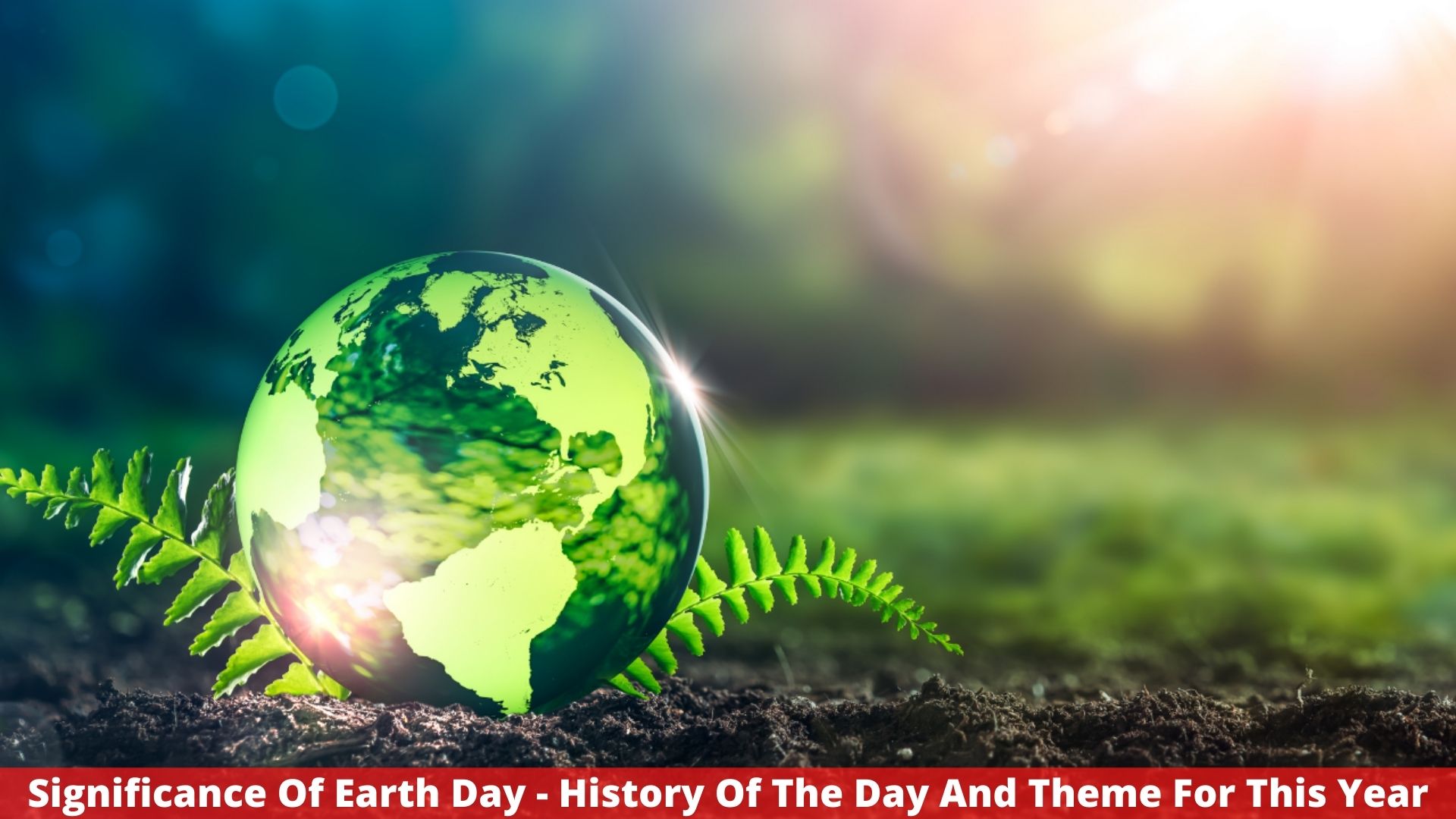 The theme for this year’s Earth Day is “Invest in Our Planet,” which falls on Friday.

Kathleen Rogers, president of EarthDay.org, the global organizer of Earth Day, wants this year’s message to provide optimism to people all across the world.

“People, I believe, cannot function in a state of dread… “So we searched for messages that could encourage people to look to the future in a way that engages them and allows them to think optimistically about what they can do to alter it,” Rogers told USA TODAY “brings three parties to the table: the government, the private sector, and the general public. “We must all work together.”

Here’s what you need to know about Earth Day in 2022 and how you can help save the world.

History of the Earth Day

Earth Day has a long history dating back to 1970. Senator Gaylord Nelson teamed up with Senator Pete McCloskey and environmental campaigner Denis Hayes, a young activist at the time, to organize teach-ins on college campuses and promote events across the country.

According to EarthDay.org, the group chose April 22 as a weekday between spring vacation and final examinations with the aim of increasing student involvement. The first “Earth Day” mobilized more than 20 million Americans to oppose the negative effects of industrial expansion on the environment and human health, with hundreds of campus protests and city rallies taking place around the country.

The momentum of Earth Day at the end of 1970 resulted in the establishment of the United States Environmental Protection Agency and the passage of other environmental laws, including the National Environmental Education Act and the Clean Air Act.

In 1990, Earth Day became a global celebration, with 200 million people from 141 nations coming together to raise awareness about environmental challenges throughout the world. Since then, the level of observance has increased.

Is Earth Day observed as a holiday? Why are we celebrating it?

Every year on April 22, Earth Day is the most commonly observed secular festival in the world. Although it is not a federal holiday in the United States, it has been celebrated for 52 years by Americans across the country.

While EarthDay.org emphasizes that we should invest in our planet every day of the year, Earth Day is regarded as a particularly significant day of action. More than a billion individuals around the world are celebrating the holiday by working to improve climate policy and ordinary human behavior for the sake of our planet.

Environmental advocacy and action are important in the face of the escalating climate crisis, underscoring the need to “Invest In Our Planet.”

The UN’s Intergovernmental Panel on Climate Change released a report earlier this month warning of the dangers of rising global warming levels, stating that limiting global warming to 1.5 degrees Celsius may be “beyond reach” unless significant emission reductions across all sectors are implemented immediately.

The IPCC report, according to UN Secretary-General António Guterres, revealed “a litany of unfulfilled climate commitments” by governments and corporations around the world. “It’s a file of shame,” Guterres said, “cataloging the hollow pledges that have put us firmly on the path to an unlivable world.”

Governments agreed in 2015 in Paris to limit global warming to far below 2 degrees Celsius. Since pre-industrial times, temperatures have risen by more than 1.1 degrees Celsius.

What do people do on April 22nd to celebrate Earth Day?

People celebrate Earth Day in a variety of ways as a day of action.

Rallies and protests are anticipated across the United States this weekend, from Chicago to Oklahoma City. On Friday, EarthDay.org and its allies will broadcast a live stream of the Earth Day Climate Action Summit. Volunteer community cleanups, local “fun runs,” and other events are being organized by nonprofits across the country.

EarthDay.org also includes a list of 52 methods to help the environment, including how to measure your carbon footprint, organize a community cleanup, and contact government leaders.