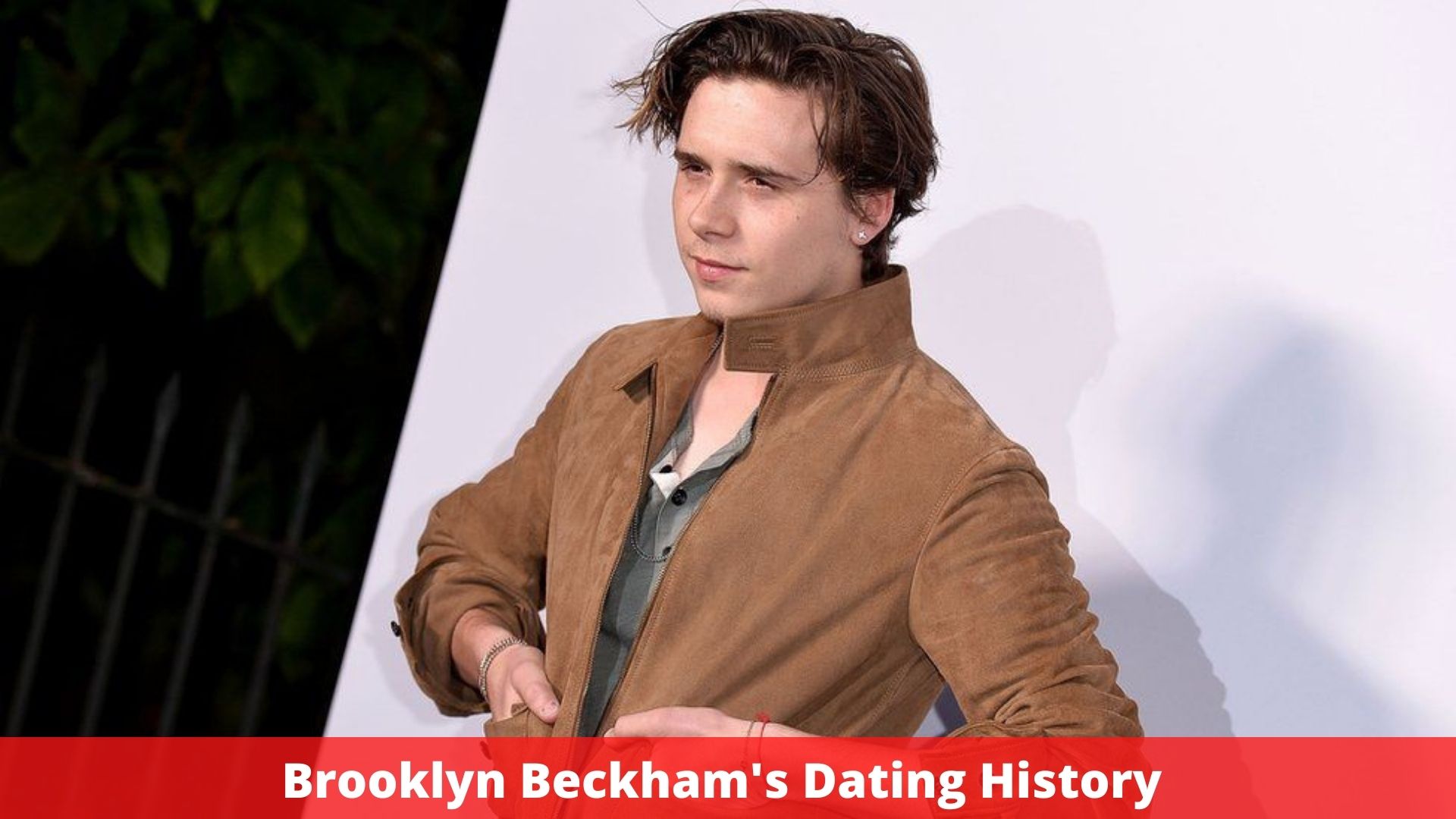 Brooklyn Beckham has worked as a footballer, model, photographer, and chef. He is the son of power couple David and Victoria Beckham.

In the years leading up to meeting his wife, Nicola, Brooklyn Beckham, 23, has had a colourful love life. The ambitious chef is about to tie the knot with the Bates Motel actress, putting an end to his bachelor hood.

After asking her to marry him barely nine months into their relationship, the eldest of the Beckham boys wasted no time in popping the question to the Bates Motel star.

In a gushing tweet where he shared the wonderful news with the world, Brooklyn, 23, referred to Nicola as his “soulmate.”

Brooklyn has a history of quick flings and loves that go from zero to 100 before coming apart before settling down with millionaire heiress Nicola.

Continue reading to learn the whole dating history of the aspiring photographer!

Chloe and Brooklyn’s relationship was a rollercoaster, as are most first partnerships. One of Brooklyn’s earliest public girlfriends was the now 25-year-old Hollywood actress.

They met in August 2014 at a SoulCycle exercise class in Los Angeles.

The couple made their first red-carpet appearance at the Teen Choice Awards, so it must have been a special meet cute.

After their relationship soured and became more on-and-off than smitten young love, the couple split in 2016 after only a few years together.

The duo didn’t remain apart for long, as followers noticed in 2017 that they were back on Instagram, writing romantic comments on each other’s pictures.

They were back together, and Chloe told US Weekly, “It’s been years now off and on and it’s just one of those situations where you come back and it’s like no time spent apart at all.”

However, the year 2018 was the final nail in the coffin, as the two parted ways for good.

During one of his separation from Chloe in late 2015, he began dating French actress Sonia Ben Ammar.

The couple was together for five months before splitting up in March of 2016.

“I was very young,” she previously told Glamour of her bond with Brooklyn. It doesn’t seem to apply to my current situation. I’m only going to state that I have no regrets.”

The two were spotted at the Louvre Museum in Paris on a family date with Victoria, but it appears that they were simply looking for friendship.

Another affair was with Sofia Richie, Lionel Richie’s daughter, which was neatly tucked into one of Brooklyn and Chloe’s pauses.

They were first seen together in October 2016 during a night out with friends in Beverly Hills, but they kept their relationship a secret until January of the following year.

They were apparently seen together at Bloomsbury Bowling Alley in London.

However, the model traded Brooklyn for Kourtney Kardashian’s ex Scott Disick five months later, indicating that the connection wasn’t meant to be.

They say that old is gold, but maybe not in this case. In 2017, Brooklyn reconnected with Afton, a former classmate.

She moved to France when she was ten years old and attended the Paris-based Cours Florent French Performing Arts School.

But the relationship didn’t work out, and Afton now works as a model in Beverley Hills and is a certified yoga teacher and personal trainer.

Brooklyn was the “most famous person” to block her on Instagram, she claimed on her TikTok account.

BB and Madison were photographed kissing during a date at The Grove shopping centre in Los Angeles in 2017.

This rush of enthusiasm wasn’t meant to be, and Brooklyn relocated to New York City to study barely over a month later.

Brooklyn, an aspiring chef, was photographed kissing Playboy model Lexi at the Hideaway at Suite X tattoo parlour in Los Angeles in April 2018. This happened not long after he and Chloe had called it quits on their relationship.

Brooklyn seems to have a thing with Lexi/Lexys! According to reports, the photographer was carried up in a “whirlwind relationship” with Lexy, who was ten years his senior.

Despite the strong and fiery nature of their love, it was finished before it had even begun, and Brooklyn had moved on after only a few months.

Alex and Brooklyn were never officially together, but they did date for a few months after Alex’s divorce from Lexy.

“They’ve been hanging around for approximately two months, but aren’t officially boyfriend and girlfriend yet,” a source told US Weekly at the time.

Brooklyn’s relationship with model Hana Cross was announced in December 2018.

The couple acknowledged their relationship on Instagram, but she had already met his parents, so they had probably been dating for a while.

Hana was spotted at the Haig Club House Party in Notting Hill, London, with Brooklyn and his parents.

In the same month, they were pictured leaving a British Fashion Awards after party hand-in-hand.

Hana also shared a video of the two dancing to The Jacksons’ Blame It On The Boogie, in which they appeared to be in love.

“David’s had a tight bond with Brooklyn, and it’s been upsetting for him and Victoria to witness him battling with Hana,” a source close to the family told the Sun in June 2019.

“They’ve been so up and down in recent weeks, and David wants Brooklyn to seriously consider whether or not they have a future together.”

By the end of the month, the couple had stopped making public appearances and had split up.

Nicola appeared on the scene in October, only a few months after her breakup with Hana. The duo were then Insta official by January 2020, if they kept up the pace.

The couple was socially distant for the most of their relationship, which could be one of the reasons why Nicola didn’t fall into the fling category like so many of his previous loves. Or maybe Brooklyn was meant to meet Nicola all along, and the preceding flurry of women were just filling in the gaps until she arrived.