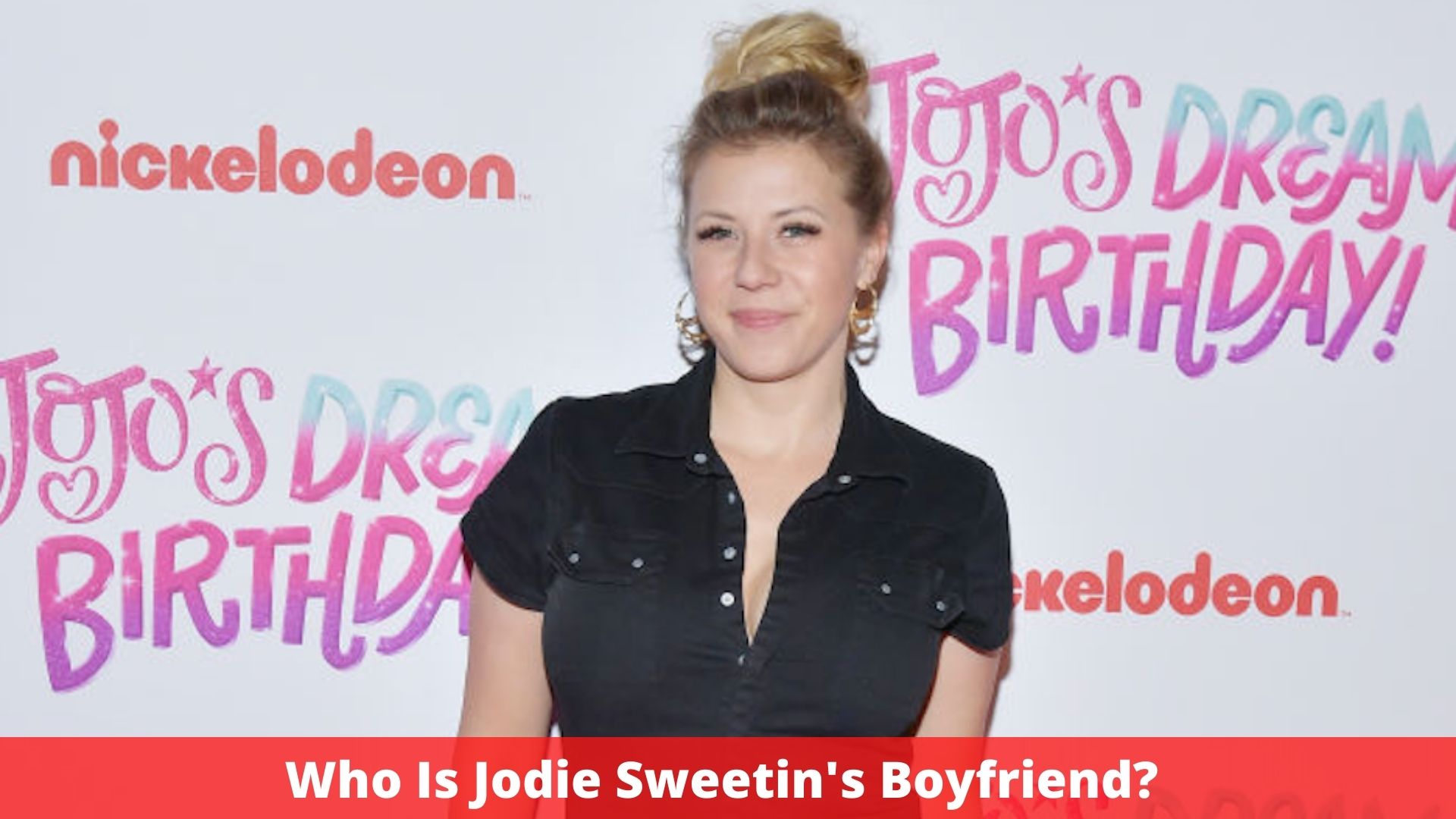 Jodie Sweetin of Fuller House has found her true love! In January 2022, the actress announced her engagement to her boyfriend, Mescal Wasilewski on Instagram with a charming snapshot of her diamond ring.

The actress, who played Stephanie Tanner in the US sitcom, announced the news just one week after her on-screen father, Bob Saget, died.

Sweetin announced the happy news on Instagram, saying she couldn’t wait to “see the life that lies ahead.”

“I love you Mescal, for always,” she captioned a photo of herself, her boyfriend, and her engagement ring beside a statement from US poet Maya Angelou.

“You’re my person. I can’t wait to see the life that lies ahead for us.

“Here’s to us, @ghostfacelito, and our adventures in life.” Together.

“I think I’m really gonna like turning 40” she added.

Also Read: Who Is Josh Radnor Dating? Complete Information About His Net Worth And More!

According to Mescal’s LinkedIn profile, he works as a therapist with Catalyst Recovery, a program that provides at-home addiction treatment and rehabilitation services. He earned his bachelor’s degree at California State University before going on to Hunter College in New York City to get his master’s degree in social work.

He wrote on his profile, “I’ve worked in the field of addiction and mental health for over 16 years, helping to treat individuals with a variety of illnesses and issues.” “I’ve spent a lot of time working with people who have addictions and mental health concerns, as well as a lot of time working with adolescent clients.” “I’m a certified interventionist, a sober coach with years of experience, and a case manager.”

How long have they been together?

In February 2018, Jodie and Mescal made their romance public on Instagram. The Dancing With the Stars alum sent a sweet Valentine’s Day tribute to her boyfriend, which included a snapshot of the two kissing.

Jodie has continued to send images with Mescal from date nights, baseball games, and concerts since then. In February 2022, the delighted couple traveled to Costa Rica to attend a friend’s wedding. Jodie confirmed in her Instagram message after publishing photographs from the seaside ceremony that she and her future husband had not yet tied the knot.

“No… Mescal and I didn’t tie the knot! She wrote, “Not yet!” “But before we left, we did get to go on an adventure day, and yep, that’s me white water tubing and hanging upside down on a canyon zip line.”

She had been married and divorced three times prior to meeting Mescal. She married Shaun Holguin, a police officer in Los Angeles, in 2002. In 2006, the couple decided to call it quits. The Beyond the Edge participant married Cody Herpin a year later. In 2008, they became parents to Zoie, their daughter. Finalization of their divorce took place in 2010.

Also Read: Who Is Cristin Milioti Dating? Everything We Know!

In 2012, she married Morty Coyle, a native of California. When Beatrix was born in 2010, she was the product of the former couple’s union. Legal separation was granted to Jodie in 2013; the couple’s divorce was finalized in 2016.