Why Did Janelle And Kody Brown Get Separated? 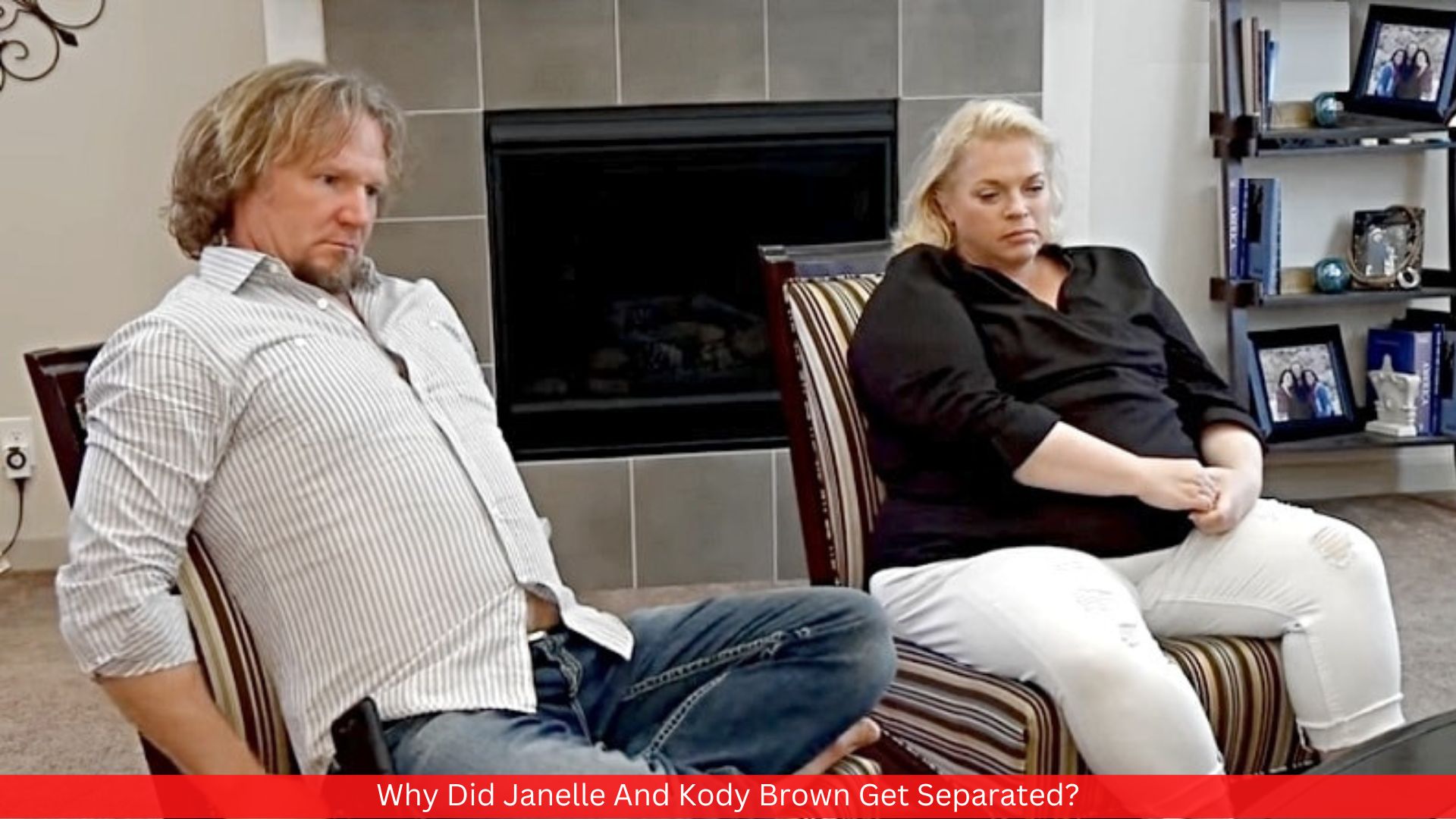 Janella and Kody Brown, who are a very interesting couple, have decided to break up because they can’t stay together in their polygamous family. When the couple broke the news that they were splitting up, viewers of Sister Wives were shocked and sad.

In an upcoming preview for One-on-One specials, the famous former couple made it clear that they were no longer together after 30 years of marriage. Let’s look into this shocking new information about Kody Brown and Janella.

We all know that Kody Brown and Janelle got married at the beginning of 1993 and that they have six kids named Logan, Madison, Hunter, Garrison, Gabriel, and Savannah. After Christine Brown’s divorce from Kody Brown, which came as a surprise, it was a very tense and dirty year for the Brown family. The separation really hurt the Brown family a lot, so Christine decided to move to Utah.

So, when Christine Brown and Kody Brown broke up, it put a lot of stress on Janelle’s marriage. She was very close to Christine, and even after they broke up, Janelle still spent time with Christine and her kids in a healthy way. But there were also other things that upset the balance of their relationship, especially in the last few years.

In a sneak peek of the upcoming Sister Wives, Kody Brown, the family patriarch, said, “I am no longer with Janelle, and Christine and I are no longer married.” Then Janelle took a stand and said, “Kody and I have broken up.”

Janelle was the Brown family’s second matriarch, and she was a pretty woman. In 1993, she and her husband got married in a polygamous union. When Kody Brown and Christine’s nearly 30-year marriage ended, the patriarch decided to get along with Robyn and Meri and live with them.

Janelle and Kody’s Relationship Was Strained By The Pandemic

When the pandemic was the most important thing in our lives, both Kody Brown and Janelle talked about how rough their relationship was. They also both said that the sudden pandemic really hurt their family, but they have stood the test of time, as they have in the past, and have been able to stay together.

Even Janelle said at the time, “Kody and I have had a lot of problems this year because we have had to be apart more than we ever have.” So I had to think about that and realize that I still like him and want him around, which was kind of nice. We’ve been married for nearly 30 years.”

But these words and actions seem pretty different now, and it seems that this time, things between them turned out to be a lot stranger than they had planned. Things really changed when Kody Brown’s wives started to point out his hypocrisy during the time of Covid and keeping covid protocols in place.

In the last season of Sister Wives, Kody Brown presided over a very interesting wedding that took place inside. So, after the wedding, Kody Brown didn’t follow the Covid rules. He never put himself in quarantine, but he made his wives stay away from him.

So, after his questionable hypocrisy, Kody Brown said that his wife Janelle didn’t agree with him on covid limits. This added fuel to Janelle’s already burning anger, and it’s clear that the comments hurt her.

Also read: What Is Brock Purdy’s Net Worth?

After what Kody Brown said, Janelle said again that she is not a “Covid denier,” which is how Kody was trying to picture her. She followed every rule and took all the necessary steps to avoid covid. Janelle said loudly that she has been vaccinated and didn’t do anything wrong, so she can’t defend herself or be beaten into submission.

The other big problem for the Brown family after the pandemic was that Kody Brown grew apart from his children. Kody’s kids, especially the ones he has with Janelle and Christine, grew apart from him. Gabriel and Garrison, Janelle’s sons, said they hadn’t talked to their father in months. They blamed Kody for not giving his family the time they needed with him and for ignoring their existence.

Also, his son Gabriel said that he was a terrible parent, and Kody Brown forgot his son’s birthday because he was so caught up in the Covid pandemic. Gabriel and Kody Brown never talked again after that.

Janelle said at the time that she couldn’t be a go-between for her sons and her husband. She also said that they should talk about and figure out this problem together because it was making their relationship a mess.

So, we can only say that the unexpected pandemic really hurt his polygamous family, and he was also losing everything he had worked for because he was dishonest and bad at his job. So the Sister Wives program really cost a lot when two divorces happened out of the blue after it.