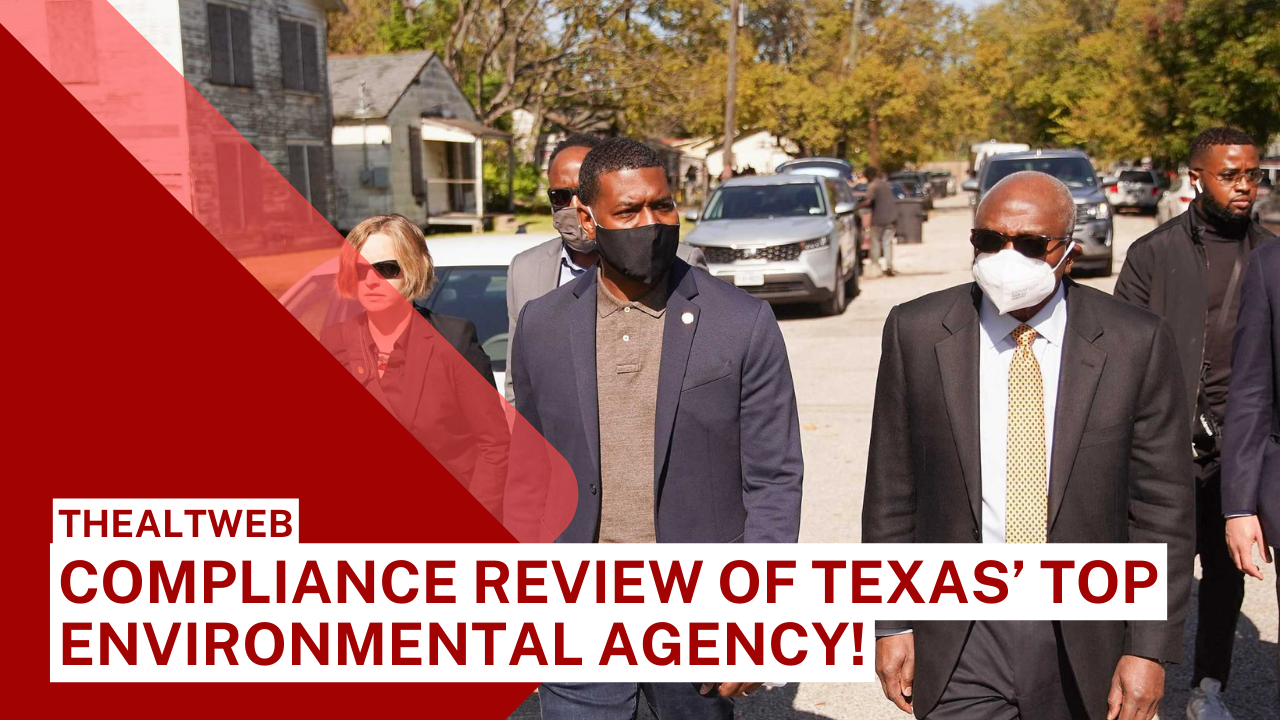 Feds were asked for a compliance review of Texas’ top environmental agency!

A Dallas community advocacy group and 12 other organisations are requesting a federal investigation into the Texas Commission on Environmental Quality, claiming the body has violated environmental and civil rights laws by failing to assess how air pollution from industrial sites affects low-income and minority neighbourhoods.

Additionally, the TCEQ is said to have limited local involvement throughout the permitting process in the 61-page petition submitted to the Environmental Protection Agency. The groups are asking for a review of the state’s air permitting program’s compliance and a directive to the TCEQ to update its rules. The state’s primary environmental regulator is the TCEQ.

According to Erin Gaines, senior attorney with environmental law nonprofit Earthjustice and co-lead attorney for the petitioners, “a lot of the groups involved have been raising these issues with the TCEQ for years through individual permits, and it was important to go this route because we weren’t seeing any changes being made in response.” “We think there are structural problems and TCEQ won’t change its ways without EPA getting involved,”

A TCEQ official named Stella Wieser stated that the organisation declined to comment. Requests for comments from the EPA about the petition’s future steps received no response.

The concerned neighbourhood organisation, West Dallas 1, has been working for years to remove an asphalt shingle business and two concrete batching plants from the region. It claims that the TCEQ gives the majority of Latino neighbourhoods in West Dallas little to no public notice when an industrial site applies for a permit to operate there and that it is the responsibility of locals and community advocates to draw attention to how close these sites are to residences, schools, and other gathering places.

Along with local NGOs and coalitions in Houston, El Paso, Corpus Christi, Port Arthur, and the Rio Grande Valley, the groups also include major environmental organisations like the Sierra Club and the Environmental Integrity Project. On June 28, the petition was submitted to the EPA.

The burden of demonstrating environmental harm lies on people in many underprivileged neighbourhoods across Texas, according to Raul Reyes, president of West Dallas 1.

He declared, “TCEQ has to start protecting our communities instead of the polluters.”

West Dallas has a long history of industrial manufacture and the effects it has on the environment, including a significant lead smelter factory that was situated there from the 1930s through the 1980s and generated high amounts of lead that were identified in children living nearby. Additionally, residences, parks, and schools all have contaminated soil.

The 75212 ZIP code has about 28,000 people, 62 per cent of whom are Hispanic, according to the results of the 2020 Census. About $40,000 is the median household income. Compared to the 11 per cent average for the Dallas metro region, close to 24 per cent of inhabitants are below the poverty level.

One West Dallas ZIP code, 75212, had some of the worst air pollutions in the city, according to a 2020 study by Paul Quinn College researchers.

As of late last year, according to Dallas, there were 38 operational batch factories for concrete in the city, and according to TCEQ data, at least five concrete manufacturers had permits in the 75212 ZIP code. The batch plants have been named by locals as producers of dust and other particulate matter that damage their ability to breathe.

Densely populated urban areas in Texas, including the Houston, Galveston, and Brazoria areas, currently exist in a state of perpetual nonattainment with health and welfare-based federal standards, according to the petition. This is because Texas has failed to comply with basic Clean Air Act requirements. And it is abundantly obvious from the facts that communities made up of individuals who live close to or below the poverty line, people of colour, and other disadvantaged groups suffer disproportionately as a result of industrial pollution.

The TCEQ said last year that it was starting an environmental justice effort to promote public involvement and access to TCEQ decision-making processes in a variety of languages. The announcement from April 2021 emphasised setting goals and developing a plan of action to achieve them.

In relation to Title VI of the Civil Rights Act of 1964, which forbids programmes receiving federal funding from discriminating on the basis of race, colour, or national origin, such plans are published on the state regulator’s website under “Title VI Compliance.”

The agency promises to operate transparently as part of its public engagement agenda, “with knowledge of and sensitivity to the changing demographics of Texas.” It also outlines tactics for reaching underprivileged areas, assisting the public in understanding how the TCEQ operates and identifying who is in charge of organising language interpretation and translations at TCEQ events.

However, a state legislative study that examined the TCEQ and was published in May said the organisation isn’t open and transparent enough about what it does and how decisions are made, which is causing the public trust to decline.

According to the state’s Sunset Advisory Commission study, permitting hearings “rarely result in significant public input” and the TCEQ website lacks and makes it difficult to obtain publicly available data, among other problems.

The study stated that while the TCEQ examines pollution studies and creates scientific standards to safeguard public health, the public seldom ever knows about, much less participates in, these procedures. Those attempting to offer feedback on how such studies and standards affect their day-to-day lives are discouraged by the lack of transparency and public engagement.

The Sunset Advisory Commission issued a number of suggestions, among them that the TCEQ enhance its website, publicise its notices, and provide the public additional chances to comment on permit applications before they are approved.

The TCEQ is charged with breaching Title VI in the petition as well.

According to the petition, TCEQ has failed to consider the environmental justice implications of individual air permits before issuing them despite requests from state residents and groups to do so.

According to state legislation, “affected persons” have the right to request an administrative hearing to contest a decision to grant an application for an air permit. The TCEQ normally interprets that phrase as those who own property or reside within one mile of a proposed industrial site, according to the petition.

The groups requesting the EPA review claim that does not take into consideration the cumulative effect of having many industrial facilities in one region and leaves out citizens who live outside of that zone but are nonetheless impacted.

Additionally, it is said in the petition that the state agency permits applications for air permits to hide publicly available information, such as emissions statistics, under the pretence that doing so may expose trade secrets and confidential company information.

How long it will take the EPA to make a decision is unknown. Gaines cited a similar petition that was submitted last October by a number of environmental organisations asking the EPA to take over a state-wide effort to reduce surface water pollution on the grounds that the TCEQ wasn’t adequately examining permits and their possible implications. The federal agency, according to her, is still considering that plea.

West Dallas 1 is being represented by Wendi Hammond, an attorney with Legal Aid of Northwest Texas, who expressed her hope that the wait won’t be too long.

“In the petition, we made it clear to EPA that they must answer within a reasonable timeline, but what constitutes’fair’ is subjective,” said Hammond. “The community has waited long enough; we don’t know precisely how long it will be until the EPA takes up this matter, but hopefully sooner rather than later.”

More local organisations are placing pressure on municipal leaders to address air quality issues as a result of problems with the state process. In response to a petition from West Dallas 1, the city recently gave two batch plants in their neighbourhood permission to stop operations.

The Dallas City Council approved modifying zoning regulations in May, requiring all concrete batch factories to get council and city planning commission permission for a particular use permit in order to operate lawfully.

Before the groups decide whether to vote on an operator’s application, both processes have public hearings.

Dallas formerly permitted permanent batch plants without a particular use permit on locations classified for industrial production, avoiding the need for a public hearing procedure. Additionally, there was no need for permits for plants that wanted to operate briefly.

The city is also thinking about other rules, such as changing the zoning law to set minimum operating distances for plants from residences, schools, parks, and other public areas. 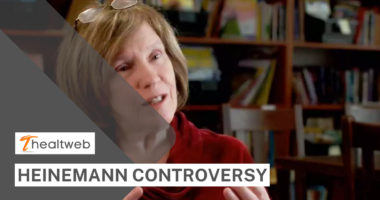 Sonja Cherry-Paul, the co-founder of the Institute for Racial Equity in Literacy,…
BEREA, Ohio — The Cleveland Browns don’t have a quarterback issue in… 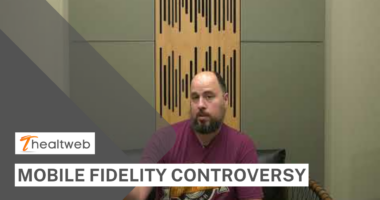 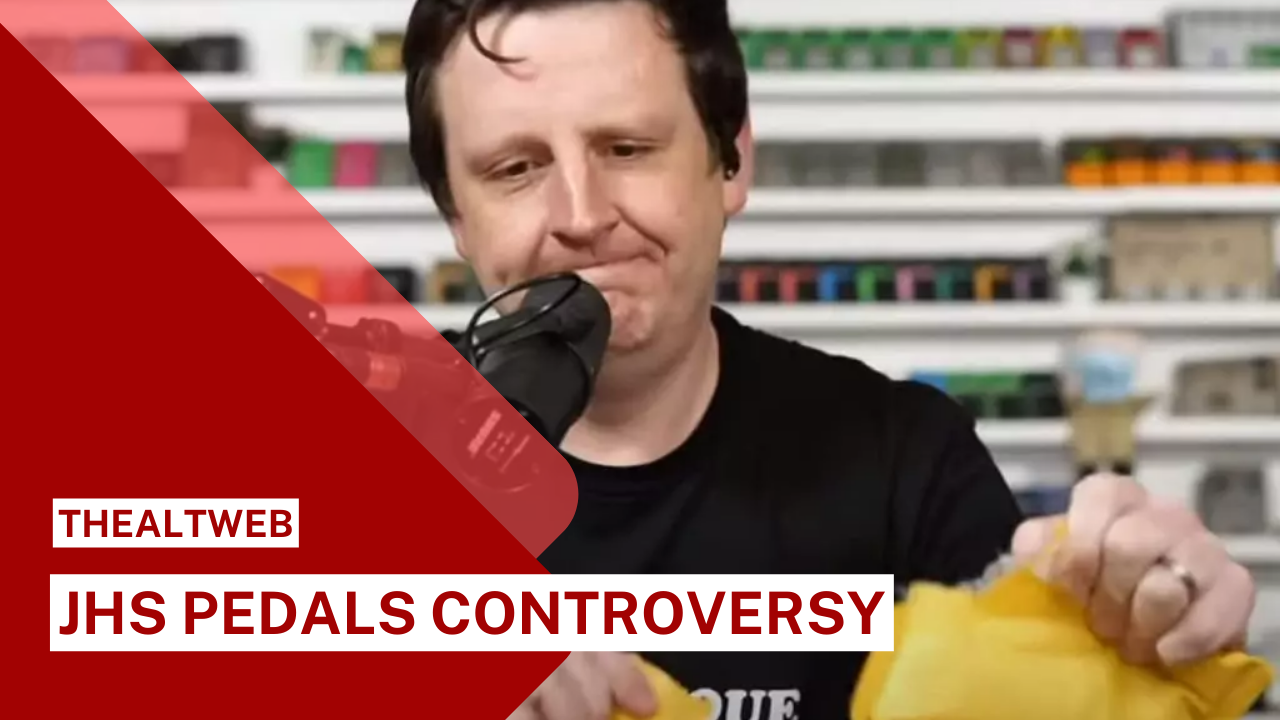 Cate Blanchett was born in 1969 in Melbourne, Australia. Robert, her dad,…
American comedian Iliza Shlesinger is from the U.S. She was born in…
John Stamos was born John Phillip Stamos in Cypress, California, on August…
From New York, live, The 48th season of Saturday Night Live has…
Go to mobile version