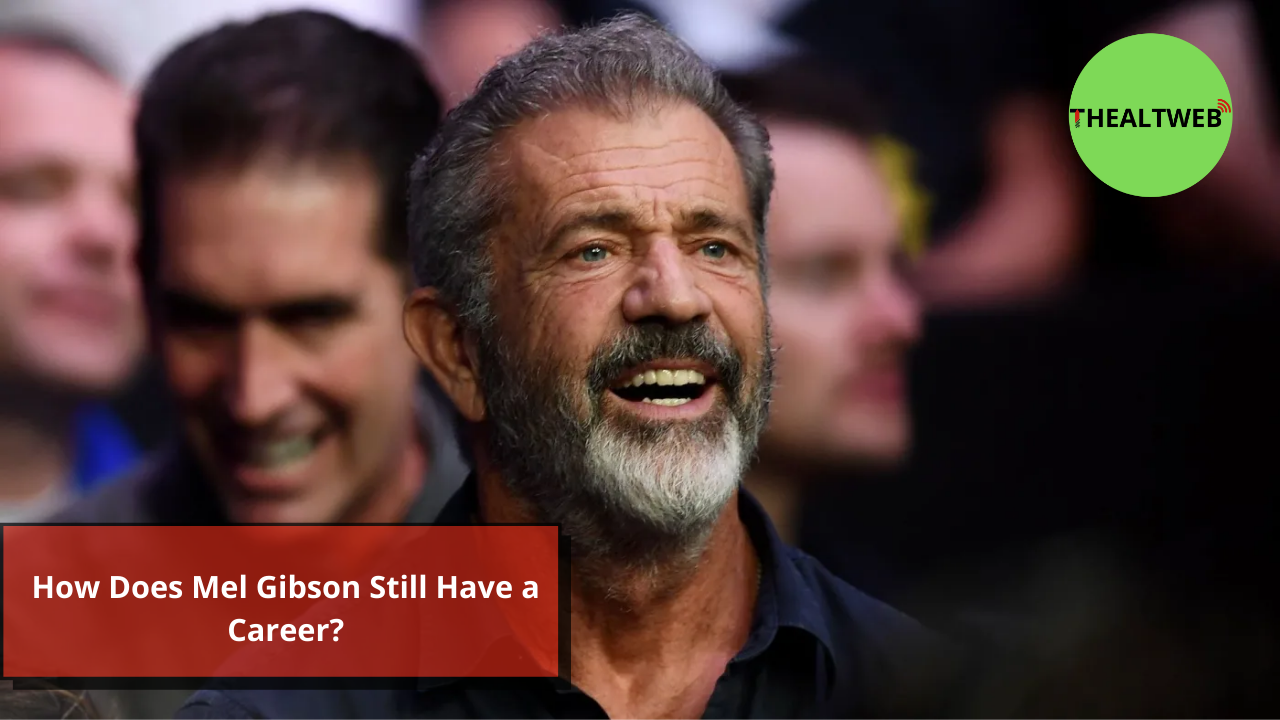 How Does Mel Gibson Still Have a Career? Why Hollywood is Still Working with Mel Gibson (Anti-Semite) After the Boycott?

Mel Gibson received a 10-minute standing ovation at the Venice Film Festival in 2016, where he screened “Hacksaw Ridge,” which went on to receive six Oscar nominations after a rousing welcome in Italy. Gibson received a nomination for best director. Gibson helmed the World War II drama for the first time in over a decade.

The break was partly due to his banishment from Hollywood, which was precipitated by his infamous Malibu DUI arrest in 2006, during which he launched an anti-Semitic tirade. Then, in 2010, secret audio surfaced in which Gibson screamed racial remarks at his then-girlfriend, Oksana Grigorieva, the mother of one of his nine children, including using the n-word. Gibson, she later said, was physically cruel to her. Gibson had a history of being in problems for homophobic remarks even before his fall from popularity.

Gibson’s star power was lessened and he was nearly unhireable as a result of the ugly headlines, but he bounced back.

Winona Ryder said last week that she remembered Gibson making anti-Semitic and homophobic remarks in the 1990s, including calling her an “oven-dodger,” a reference to the Holocaust, which Gibson vehemently rejected, branding her a liar. It wasn’t the first time Ryder had mentioned the alleged incident, which initially surfaced in a magazine interview more than a decade ago, but her recent remarks reminded the public of Gibson’s history of bad behavior. Gibson has managed to thrive in the age of cancel culture, where one misstep may end a career, despite insulting and demeaning LGBT, Black, and Jewish people on multiple occasions.

The entertainment business has taken notice of the social justice movements that have swept Hollywood and is holding its own members accountable. Following George Floyd‘s death, a number of comedians have apologized for using blackface in skits, including Jimmy Kimmel, Jimmy Fallon, and Howard Stern; reality stars from “Vanderpump Rules” have been fired for racist tweets, and Lea Michele has lost endorsement deals after a former co-star accused her of bad behavior on set.

Gibson’s career has been dogged by charges of anti-Semitism, homophobia, racism, and domestic abuse over the years.

Gibson’s numerous troubles have resurrected as a result of Ryder’s statement, which is now being examined through the socially conscious perspective of 2020.

“Mel Gibson is an anti-Semitic lowlife who doesn’t even deserve to hold another job in Hollywood,” wrote one Twitter user, echoing the sentiments of many other recent Hollywood controversies.

“Winona Ryder’s account is another evidence of Mel Gibson’s terrible anti-Semitism and homophobia,” Jonathan Greenblatt, CEO of the Anti-Defamation League, tweeted. But it isn’t all about hatred. The same white male privilege and power that allows a bigot like Gibson to thrive also protects a system that keeps so many wonderful, diverse artists from succeeding.”

Gibson’s most recent film, Lionsgate’s action thriller “Force of Nature,” was released this week, and Lionsgate declined to comment on Ryder’s claims. The actor has a slew of projects lined up, albeit with lesser-known production houses. Low-budget flicks “Fatman,” “Last Looks,” and “Boss Level” are among them, as is one major studio feature — Gibson’s reworking of “Wild Bunch.” Gibson is still contracted to direct “Wild Bunch,” according to Warner Bros., which confirmed the news to Variety this week.

Gibson was famously dropped by Ari Emanuel at the time of his 2006 arrest, with whom he has subsequently made amends. After the success of “Hacksaw Ridge,” he was signed by the CAA, which signed him in 2017. The agency did not respond to a request for comment.

However, following Gibson’s rejection of Ryder’s “oven dodger” remark – in which he claimed the actress was lying rather than admitting her version of events – industry insiders are questioning whether Gibson has evolved. As a result, they are rethinking their relationship with the actor, writer, and director. According to Variety, one high-powered publicist received a call from a producer requesting advice on working with Gibson, especially in this day and age when firms are increasingly avoiding controversy and taking genuine duty and care with their business partners.

Gibson’s part in the animated sequel to “Chicken Run” will be recast. Despite claims to the contrary, sources tell Variety that the recasting had nothing to do with Gibson’s previous actions. Aardman Animation, which is producing “Chicken Run 2” for Netflix, declined to comment, but a source close to the project says Gibson’s team was informed long before Ryder’s comments that he would not be asked back because the sequel will focus on younger birds, requiring younger voice performers.

“I don’t think it’ll hurt his career at this point,” Howard Bragman, longtime Hollywood crisis manager and founder of La Brea Media, adds, noting that Ryder’s statements were about a previous encounter. “Mel Gibson has shown himself to be an outlier. If a fresh event occurs, many in Hollywood who have supported him will have to reconsider their support.”

At the time of the released recording incident in which Gibson was heard yelling at Grigorieva, who claimed she was punched many times, Bragman briefly represented Gibson’s ex. Gibson has made a comeback, according to the PR specialist, and he believes he will continue to work. “I never dismiss someone who is a superstar,” Bragman says. “I always believe they’re capable of greatness again.”

Should Hollywood, on the other hand, continue to give Gibson chances?

He is one of the few actors who can smoothly go from historical epics like “Braveheart” to gritty action films like “The Road Warrior” to rom-coms like “What Women Want.” He’s also an Oscar-nominated filmmaker. His ability to re-enter show business was undoubtedly aided by the quality of his work.

However, his art has attracted a lot of criticism throughout the years. GLAAD organized protests in the mid-90s over the portrayal of a gay character in “Braveheart,” claiming the film portrayed “a classic homophobic caricature,” and Gibson agreed to meet with the organization for an in-person discussion in 1997.

Many critics lambasted “The Passion of the Christ” for propagating anti-Semitism, but the epic biblical drama, which Gibson self-financed through his Icon Productions, went on to gross more than $600 million at the box office in 2004.

“What Winona Ryder is claiming is consistent with everything he’s ever done,” says Frank Rich, a writer who slammed “Passion of the Christ” for its anti-Semitism propaganda and has written other critical pieces about Gibson over the years. “I want his intestines on a stick,” Gibson declared back when he wanted to kill Rich and his dog. Rich is now an executive producer on HBO’s “Succession,” despite never having owned a dog.

Anti-Semitism has emerged from the shadows. “He is in fashion — even if he isn’t in Hollywood,” Rich argues, “and that is part of the nasty, horrible, vicious aspect of our culture.”

Close pals Jodie Foster, Whoopi Goldberg, and Robert Downey Jr., who asked the industry to give Gibson a second opportunity when he collected the American Cinematheque award in 2011, are among Gibson’s many Hollywood admirers. Gibson has mended fences with Hollywood heavyweights including Emanuel and former Sony CEO Amy Pascal. Gibson’s anti-Semitic Malibu outburst has been linked to drinking by “Hacksaw Ridge” producer David Permut, who claims Gibson is not the guy shown in the headlines. (Gibson addressed the DUI incident in a 2016 interview with Variety, stating he is now sober and finds it “annoying” that people bring it up 10 years later.)

Those close to Gibson feel he has paid the price and has demonstrated that he is a changed man, with no new scandals erupting in the ten years since his sobriety.

Did my mother just email the head of a major movie studio to get them to hurry up and green light our movie? Yes. Yes she did.

“I don’t really care if he’s hired to voice an animated movie or not,” Rich says, referring to “Chicken Run 2.” “Those who contributed to a Mel Gibson film do not want him to do a romantic comedy.” They want him to create something provocative and consistent with his beliefs. It’s depressing that a film with anti-Semitic bias is released abroad, not only in America.”

According to Bragman, a substantial chunk of Gibson’s audience is elderly and ignores social media buzz.

“You have to distinguish between the PC cops and the moviegoers.” Mel Gibson has had a tumultuous career, yet he has been immensely resilient throughout. “Right or wrong, his followers haven’t abandoned him – and I don’t think they’ll abandon him now,” Bragman adds. “I believe that Mel Gibson fans are the individuals who are most likely to fight against political correctness.”

God wanted a fighter and He found one. @MarkWahlberg stars in the inspiring true-life story, Father Stu. Exclusively in movie theaters this Easter. #FatherStuMovie pic.twitter.com/m2DHiJuAki

Gibson is known on set as a respectful and affable colleague with a great work ethic, despite the off-camera problems. Several others who have worked with the celebrity tell Variety that their professional connection with the filmmaker has been nothing but positive, from time spent on-location to traveling during press tours.

A producer who has lately worked with Gibson praises him but admits that his casting was initially unsettling owing to the possibility of public outcry. “We all thought he should be out of jail because he was starring in big films and garnering awards hype.” We figured it had been long enough, and we hoped he’d changed his ways and made atonement.”

The producer claims that there were no concerns on-site with Gibson and that the Oscar winner was an excellent collaborator. “There aren’t any problems.” “Not in the least,” the producer stated. “He was the first to arrive in the morning and the last to depart at night.” He was pleasant to all, and everyone on set adored him. I’ve never heard or seen anything negative about him, and he appears to have transformed that aspect of himself. I have no idea how he is with his family or friends, but he is one of my favorite A-list celebs I’ve ever dealt with professionally.”

Even though he worked on a project with Gibson that has yet to be released, the renewed interest in his behavior following Ryder’s comments is a minor issue for this producer. Bragman, on the other hand, believes that unless there is a new controversy, this will pass.

“You’re a bad boy if you’re Mel Gibson,” Bragman says. “It would be incredible if Tom Hanks said one of those things.” But we’ve come to expect it from Mel Gibson. Mel Gibson makes you numb because he’s that man.”

“Some people can get away with things, and others can’t,” says Bragman. “It may be because they earn a lot of money for others, or it could be because they’re pleasant to be around.” There are no rules in Hollywood, and everyone has their own DNA. Two persons may do the identical thing, but one will lose their job and the other will be alright.”

After all of this USC nonsense, Pete Carroll is now the head…
BEREA, Ohio — The Cleveland Browns don’t have a quarterback issue in… 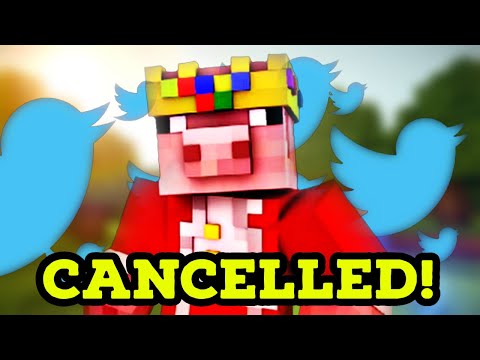 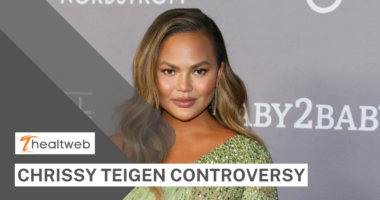 Chrissy Teigen, the previous ruler of Twitter, has recently encountered a great…