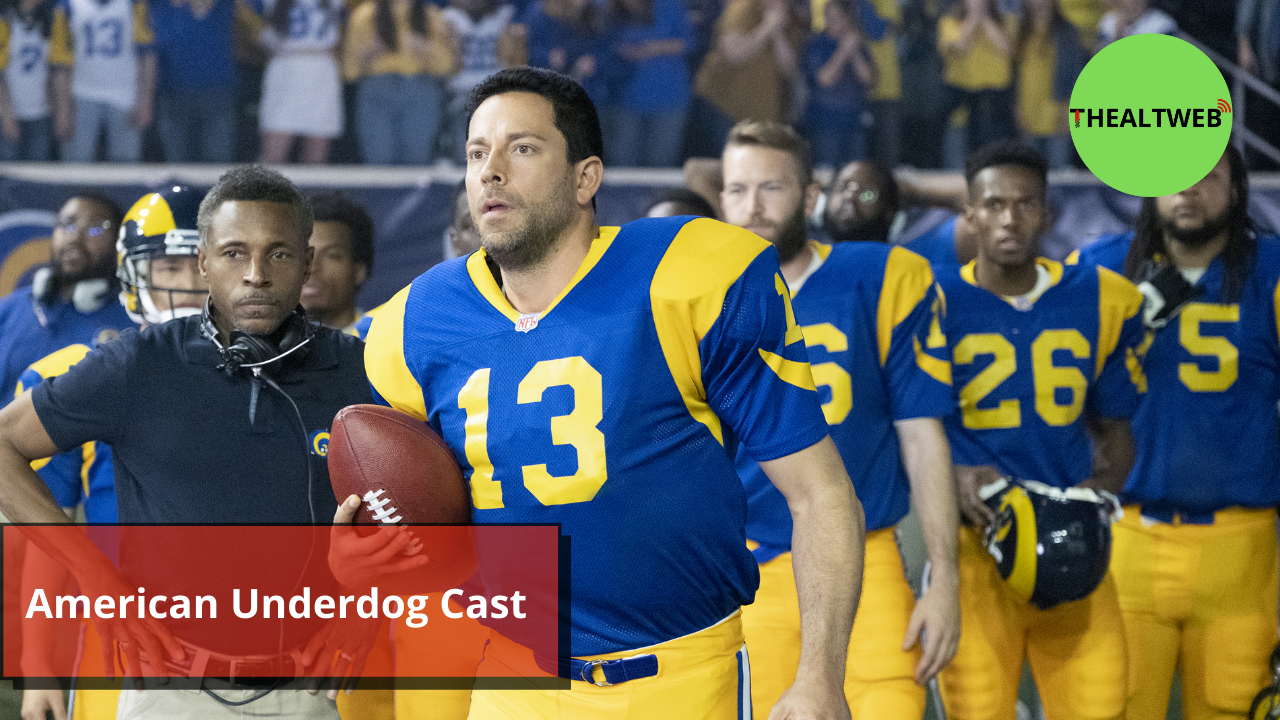 The film American Underdog is based on the true-life of Kurt Warner, a former NFL quarterback, and has a cast of well-known actors. Here’s a list of the cast members.

Kurt Warner is a retired American football quarterback who spent the majority of his career with the St. Louis Rams and Arizona Cardinals in the National Football League. Warner was named NFL MVP and Super Bowl MVP and was inducted into the Pro Football Hall of Fame in 2017. He is regarded as the greatest undrafted player in NFL history.

The film then recounts Warner’s journey from stocking shelves at a supermarket to becoming the two-time NFL MVP, Super Bowl MVP, and Hall of Fame quarterback that we all know and love today. On December 25, 2021, American Underdog was released with mostly positive reviews.

Kurt Warner is played by Zachary Levi. Kurt had a good chance at the NFL draught after playing for the University of Northern Iowa football team, but he went undrafted and took a job at a grocery store after a failed tryout with Green Bay. When Jim Foster approaches him, his life changes forever, and his professional football career begins.

Zachary Levi is most known for his roles in the TV series Chuck, Heroes Reborn, and The Marvelous Mrs. Maisel, where he played Chuck Bartowski, Luke Collins, and Dr. Benjamin Ettenberg. On the big screen, he voiced Eugene in Tangled and played Fandral in Thor: The Dark World and Thor: Ragnarok. He also played Billy Batson/Shazam in DC’s Shazam! and Shazam! Fury of the Gods.

Brenda Warner, Kurt’s wife, and a former US Marine Corps corporal, is played by Anna Paquin. She has been at his side through the highs and lows of his personal and professional life.

Flora McGrath in The Piano, Rogue in X-Men, X2, X-Men: The Last Stand, and X-Men: Days of Future Past, and Sookie Stackhouse in True Blood are among Anna Paquin’s most noteworthy roles.

Dennis Quaid plays Dick Vermeil, a former football coach who is now the head coach of the St Louis Rams in American Underdog, and hires Kurt Warner on a permanent basis because he believes in him.

Dennis Quaid is best known for his roles in The Right Stuff, Wyatt Earp, The Parent Trap, The Day After Tomorrow, Yours, Mine, and Ours, as well as the television, shows Vegas, The Art of More, and Goliath.

In American Underdog, Bruce McGill plays Jim Foster, the founder of the American Football League and a former NFL and USFL executive who gives Kurt Warner the quarterback job for the Iowa Barnstormers.

D-Day in National Lampoon’s Animal House, Ron Motley in The Insider, Bradley in Ali, Jack Dalton in the TV series MacGyver, Stanley Gordon in Suits, Jordan Ramsey in Shades of Blue, and Bobby Spencer in The Crew are among Bruce McGill’s most prominent roles.

Also Read: The Book Of Boba Fett Season 2: What’s Next For Boba Fett? Check Out The Latest Update