Anatomy of a Scandal Season 2 – Updates on Release Date, Cast, Plot, and More! 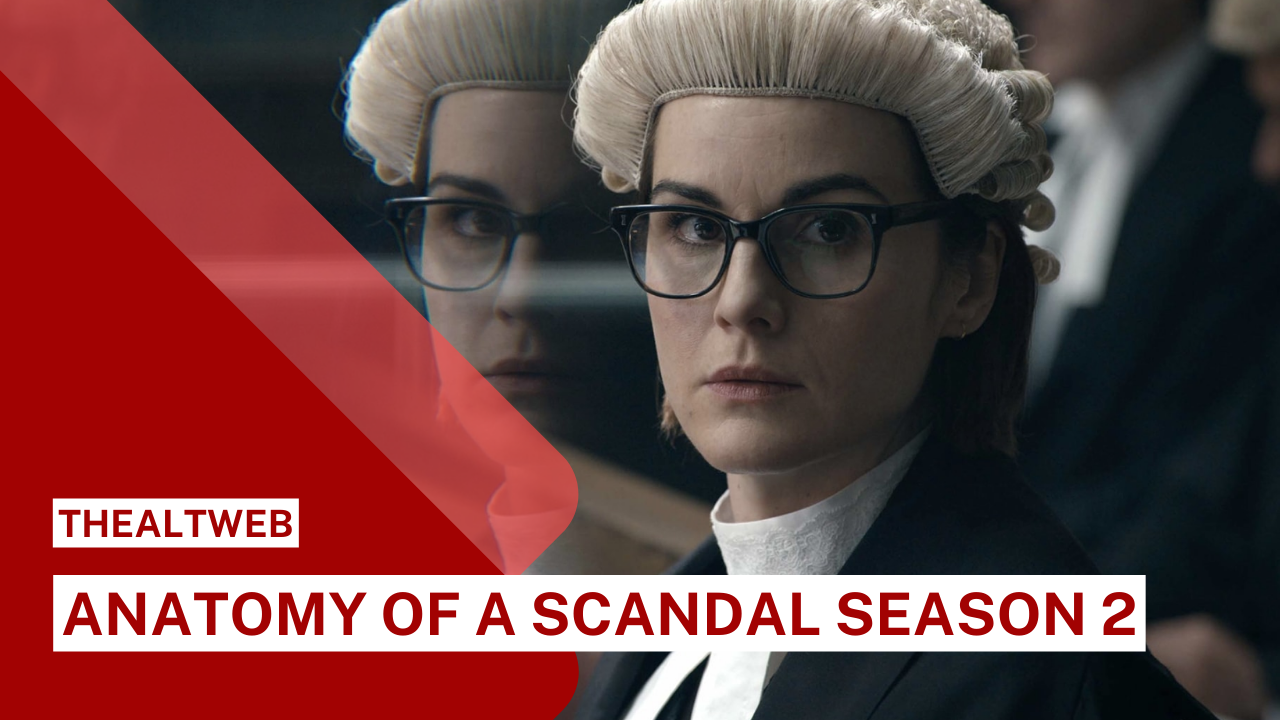 With its nail-biting and distressing tale of sexual assault and controversy, Netflix’s Anatomy of a Scandal has sucked the wind out of fans’ sails.

The series features James Whitehouse, a married MP and junior government minister, and is based on Sarah Vaughan’s novel of the same name (played by Obi-Wan Kenobi and The French Dispatch star Rupert Friend). When James’ romance with an aide, Olivia Lytton (played by Charlie’s Angels star Naomi Scott), is uncovered, his political and personal life is thrown upside down.

When Olivia accuses James of rape, the situation quickly worsens for James.

What follows is a tense legal struggle that spans the past and present, exploring the issue of consent and how it impacts everyone in their lives, including James’s wife Sophie (Sienna Miller), who is forced to rethink all she believes as more details about his behavior emerge.

Here’s everything we know thus far regarding the show’s future.

Will there be a season 2 of Anatomy of a Scandal, and when would it air?

Folks, we have some good news and some bad news. The bad news is… The show as we know it is unlikely to return for season two.

Netflix has designated this show as a limited series, which means it will only air for one set of episodes, with the story complete.

The first season of Anatomy of a Scandal centered on a straightforward court case that was wrapped up at the end of the season — and whether you liked the ending or not, it was at the very least final.

The anatomy of a Scandal might, however, be developed and transformed into an anthology series.

When Deadline originally reported the project in May 2020, it was stated that the first season, based on the book, will act as a springboard for an anthology series centered on British middle-class scandals.

Anatomy of a Scandal is expected to be fictional stories rather than dramatized renditions of actual events, in the manner of comparable series like A Very English Scandal and A Very British Scandal.

The difficulty is that, due to coronavirus, the show instantly ran into filming issues and has now been delayed by nearly two years, or many months.

Anatomy of a Scandal was recently advertised as a limited series, which usually signifies “one and done.” In any case, we’ll keep you updated.

Season 2 of Anatomy of a Scandal: Who Will Star?

If the show is renewed for a second season, it will most likely be as an anthology series, with a completely new cast and story.

If the show chooses to focus on political scandal, Rupert Friend, who plays accused James Whitehouse, might return to the House of Commons as an MP. Season 1 also features a younger James, played by Ben Radcliffe.

Alternatively, Michelle Dockery, who plays tough-as-nails barrister Kate Woodcroft QC in Downton Abbey, may be used as a connecting thread between each case and return.

But, as previously stated, we’ll learn more once a second season is formally confirmed.

What will be the plot of season 2 of Anatomy of a Scandal?

This one’s title contains the clue. The show will be a deconstruction of a controversy, possibly as the court case proceeds, with all sides of the narrative told from the perspective of the people who are telling it.

The show’s first season centers on a rape allegation made by a political staffer who was having an affair with a high-flying MP.

The charge turned out to be genuine at the end of the season, with James’s wife divorcing him after discovering clear evidence that, despite his not guilty verdict in court, he had a history of sexual assault.

Sophie struck a fatal blow in the dying hours by releasing a narrative concerning not just the MP, but also the Prime Minister, who had taken heroin while a Libertine at Oxford and then antagonized a fellow member of the elite club to his death. James then assisted the Prime Minister in covering it up.

Is there a trailer for Season 2 of Anatomy of a Scandal yet?

Place a fire there! The first season of Anatomy of a Scandal just premiered, so we won’t see anything fresh for a time.

But be assured, as soon as we learn more, we’ll let you know. Meanwhile, binge-watch the show to catch up on what you missed.