As Above, So Below Twisted Ending – EXPLAINED! 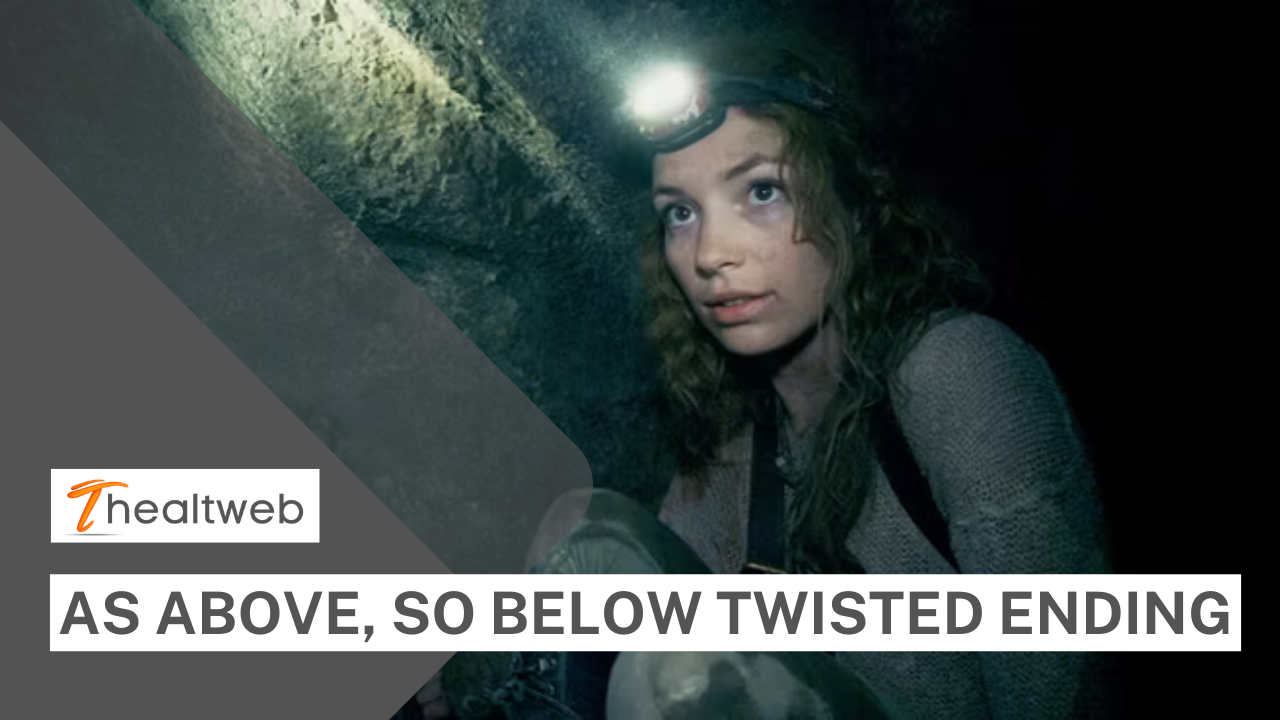 Here’s what the terrible surprise finale of the puzzling yet ingenious horror film As Above, So Below is all about. The sixth film from filmmaker John Erick Dowdle, As Above, So Below, is a found-footage horror thriller in the same vein as The Poughkeepsie Tapes and Quarantine. Even if that criticism of the sub-genre is partly justified, Dowdle has established himself as one of the best found-footage filmmakers working today. In contrast to previous movies, As Above, So Below needs some prior knowledge in order to be fully appreciated, namely in the fields of alchemy and the works of Italian poet Dante.

The story of As Above, So Below centers on alchemy student Scarlett (Perdita Weeks of Magnum P.I. ), who is on a quest to locate the philosopher’s stone. Fans of Harry Potter may recall that the stone is a supposed artifact that Nicolas Flamel, a French alchemist, discovered in the 14th century that has the ability to grant immortality and change metals into gold and silver.

AS ABOVE SO BELOW (2014) Ending Explained

Related – The Ending Of Circle – EXPLAINED!

Scarlett recruits a group to accompany her after learning the stone is in the cramped catacombs beneath Paris, including her ex-boyfriend George (Superstore’s Ben Feldman), cameraman Benji (Edwin Hodge), French guide Papillon (François Civil), and his companion Zed (Ali Marhyar). Dante’s poetry enters the picture as they explore the tombs, and things start to become weird. The group’s journey essentially follows the outline of Dante’s Inferno, the first and unquestionably most famous chapter of his epic poem the Divine Comedy.

In Inferno, Dante, the book’s narrator, enters Hell and must descend through its nine circles in order to find salvation. In order to escape, the characters in As Above, So Below, like Dante, must descend through the catacombs, with each stage standing for one of the nine circles. Some of them can’t do this, so when Papillon is confronted with his sinful past and asserts his innocence, he dies. Sometimes it’s much preferable to own up to mistakes than to try to hide them.

By the end of As Above, So Below, only Zed, a severely injured George, and Scarlett—who believes she has the stone in her possession—remain from the original gang. George’s sins are related to his part in his brother’s unintentional death, while Zed’s sins are related to having a son he will never meet. Scarlett committed two sins: she stole the philosopher’s stone and ignored her father’s pleas for assistance just before he committed suicide.

Scarlett rushes back through the catacombs to place it back where she found it after realizing they must atone for their transgressions in order to escape. She also understands that there is no actual stone during this process. As a result of Scarlett’s trust in both the stone and herself, the power of the stone lies inside the person who is holding it.

Scarlett uses this information to rescue the injured George from certain death. Following their confession of sins and descent down a manhole, the As Above, So Below survivors emerge above ground on the streets of Paris. The only way out of the catacombs is down, as one of the apparitions previously informed them.

That first didn’t make sense since diving deeper and deeper to go back to the surface seemed counterproductive, but it’s also how Dante escaped in the Inferno because he could only get back to Earth by walking around the circles of Hell. Few horror movies have used Dante’s Inferno as inspiration for their plot as As Above, So Below does, although it is by no means the first or last to do so.

Related – The Ending Of Pig – EXPLAINED!

As Above, So Below is really a movie about atonement and faith, and it makes extensive use of Dante’s Inferno to make that point. Although many people didn’t enjoy it since it wasn’t the plainest movie, it’s a horror movie with more to say than others thanks to its surprising twist ending, an intriguing portrayal of Hell, and references to Dante. It’s also one of the better examples of the found-footage sub-genre, demonstrating that a strong narrative and an accomplished filmmaker can get over the style’s inherent drawbacks.