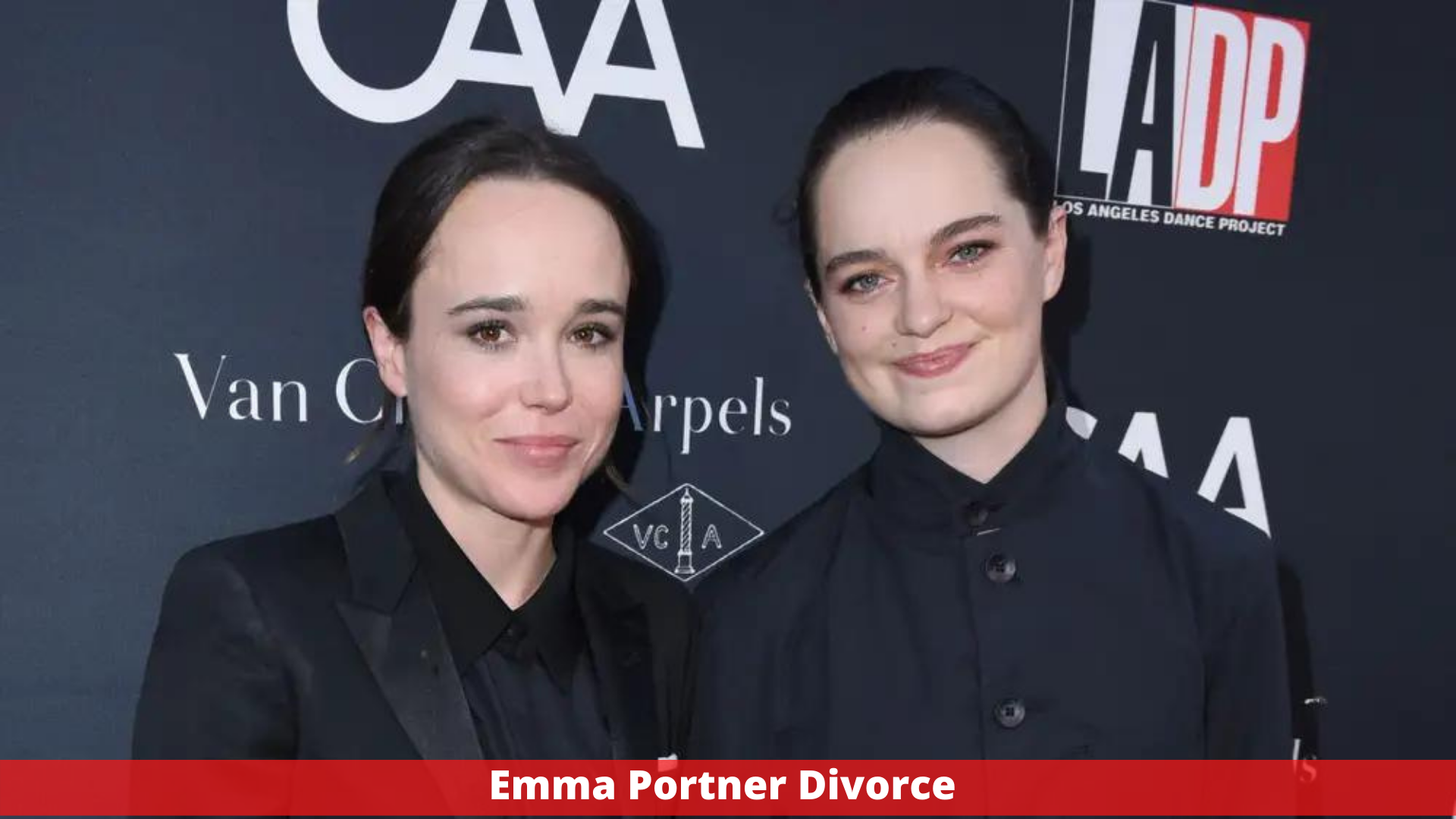 Anyone who has been through a divorce can tell you that even the simplest ones are hard on the people involved. Every marriage and divorce is different, and there are many things that can make it harder to get a divorce. You might feel like you’re on trial when you’re going through a divorce, and this is especially true if you’re transgender.

It’s hard to get numbers on how many divorces involve a transgender spouse, but in the end, numbers don’t matter. If you’re going through a divorce as a trans person, what matters is how you feel. This is the case for Elliot Page and Emma Portner, his wife with whom he has broken up. So, what really went down between the two?

How Did Elliot And Emma Meet?

Elliot Page and Emma Portner met for the first time on social media in 2017. When Emma posted a video of herself dancing on Instagram, Elliot saw it and was “in the mood to message” her. When he talked about the past, he was said to have said, “Damn, this girl is so talented and cool. I could tell right away that we were both creative.”

In June of that same year, they put their first video together online. Later, in August 2017, Emma posted another movie they worked on together. She called it a “movement film.” In September, they were taken a picture together at the premiere of Elliot’s movie Flatliners.

Emma had said before that dating a Hollywood actor meant a lot of attention from the public, but they got married in January 2018. On the other hand, the couple did not say when the wedding would be or give any other details. Elliot just put the news on Instagram on January 3.

In December 2018, the dancer talked even more about their “unbreakable bond.” During an interview, she talked about how much the actor had helped her as a dancer. “He and I have a connection that never ends, and we always want to be close to each other. We know it will never be perfect, but we respect each other a lot. Without respect, love can’t flow. Elliot is the best, and I still cry every time we have to go to work in different directions. I probably will always, and that’s fine with me.”

Elliot recently posted a picture of his abs on Instagram. After a year of marriage, in January 2019, he talked about their love and called their wedding night “the most magical night” of their lives. They celebrated Pride Month together in June 2019, and he called his partner “one of the most talented people” they’d ever met in August 2020.

When the actor came out as transgender in December 2020, Emma was there for him every step of the way. “I couldn’t be happier for @elliotpage. People who are trans, queer, or don’t fit into a box are a gift to the world. I also ask for your patience and privacy, but I want you to join me every day in passionately supporting trans life,” she wrote on Instagram. But the couple will be sad in 2021. The couple got married almost three years ago, but now they’ve said they want to get a divorce.

Why Did Elliot And Emma Divorce?

Elliot Page has asked for a divorce from his wife three years after their small wedding in 2018. Reports say that the actor for “Juno” filed the papers in a Manhattan court for a contested divorce. If that wasn’t enough, most of the photos they had of each other on their social media accounts have been deleted.

In a joint statement, the couple said, “After a lot of thought and careful consideration, we’ve made the hard decision to divorce. We split up last summer. We treat each other with the utmost respect and stay close friends.” For now, they haven’t said why they broke up, and there aren’t any details out there. However, some people think it has something to do with Elliot’s transition since the divorce news came just two months after he said he was transgender.

Even though Emma showed Elliot support in public, many people on social media have tried to figure out why the couple got a divorce. One person on Twitter said, “So a lesbian starts calling herself a man, and her lesbian wife wants a divorce.” No way in hell.” Another fan, who didn’t even bother to use the right pronoun for Elliot, said, “OMG. After her big deal about coming out and talking about how supportive her wife is.”

Many people thought that Elliot’s coming out as transgender could be why they broke up, but others think that his sexuality wasn’t the reason why they broke up. The two said in a joint statement that they broke up “last summer,” right before Elliot’s transition. This makes it seem like the breakup was a long time coming.

Elliot and Emma are the only ones who really know why they broke up. There could be a million reasons, but the most important ones are that people are complicated, that getting together is hard, and that things don’t always work out, or that they do for a while until their time is up. That’s a good thing to happen. It doesn’t matter if you are straight, gay, transgender, or anything else. It’s the way people are.