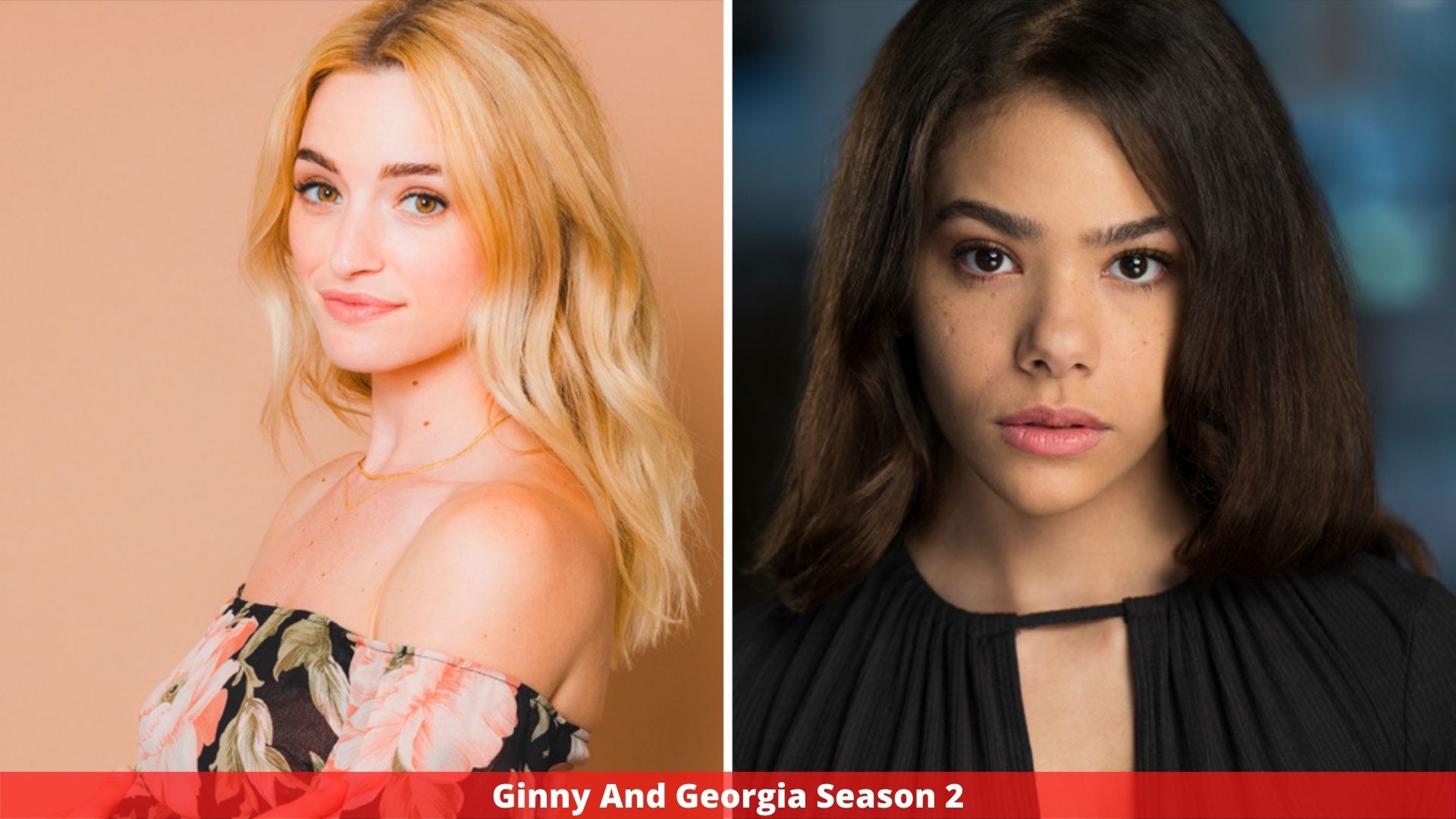 Netflix has confirmed Ginny and Georgia season 2, but will it be able to live up to the first season?

Ginny and Georgia season one was a roller coaster ride. It dealt with race, self-harm, sexual consent, feminine pleasure, body image, and everything in between, in addition to murder, love triangles, and embezzlement.

Now it’s just a matter of waiting to see what season two has in store.

So, what’s in store for us? Here’s all you need to know about season two of Ginny and Georgia.

Unfortunately, as of April 2022, we still have no idea when the series will return to our televisions – but we do know it is on its way!

After drawing “more than 52 million members’ homes in its first 28 days,” Netflix stated that the show will return for a second season (via Variety).

In a statement, showrunner and executive producer Debra J Fisher stated, “We are so grateful for the wonderful support and affection you all have shown Ginny & Georgia.”

“We owe a special thanks to Brianne (Howey) and Toni (Gentry), who set the standard high at every turn. We’re looking forward to going back to Wellsbury for season two.”

Season two, which will consist of ten hour-long episodes, will begin filming in February 2022, meaning we won’t see a new season until late 2022 at the earliest, but no release date has been guaranteed.

Without Ginny (Antonia Gentry) and her mother Georgia (Brianne Howey), the program wouldn’t be the same, thus both of them will be back alongside:

But it’s unclear whether Ginny’s father, Zion (Nathan Mitchell), and his adolescent self will be seen again.

Expect to see some fresh faces as well.

But, seriously, where do I begin?

Season one covered a lot of ground, but for every difficulty that was resolved, another one arose quickly, leaving nearly all of the important characters in jeopardy as the credits rolled.

Ginny and Austin were seen fleeing Wellsbury on a motorcycle at the end of the show. Georgia’s daughter had had enough after a private investigator hired by Kenny’s ex-wife accosted her at the Blue Farm Café and told her that her mother was a serial killer. In the process, he notified Ginny about Georgia’s wolfsbane, which she and her brother destroyed.

Austin had still not forgiven Georgia for failing to mail the letters he had sent to his father, and his relationship with his mother had reached an all-time low as a result.

Meanwhile, Georgia was too preoccupied with celebrating her fiancé Mayor Paul’s re-election to notice that her children had run away.

She chose a life with him in Wellsbury over her ex/penguin Zion’s apartment in Boston. And, with Kenny’s body out of the picture and her financial issues (for the time being) resolved, she thought the pieces of her new life were finally falling into place.

Season two is expected to continue up just where season one left off, right in the middle of the action, with Ginny and Austin on the road. Will they choose to return home on their own, or will Georgia go out in search of them, wherever they may be?

Because the show’s radius doesn’t extend beyond Wellsbury, it’s a foregone conclusion that they’ll return.

There’s also Max, who was unhappy with Ginny for sleeping with her twin Marcus and lying about it.

Tensions had been simmering within MANG for some time, but this was the final straw, and the group has now split, with Abby being shunned for not informing Max about Ginny and Marcus.

After discovering that Ginny had done the dirty on him, Hunter, too, wanted nothing to do with her. Despite her assurances to Marcus that she had forgiven him for his colossal blunder ( “We’re not in the same boat. It was a blunder “), their relationship is likewise on the verge of disintegration.

It’s also worth noting that the private eye is still on the case, and he now knows that Georgia was married to someone else before Kenny, who conveniently vanished and hasn’t been seen since.

Georgia is now wearing Paul’s engagement ring, but we wouldn’t put our money on them going the distance, especially now that Joe is involved.

While there were signs in the first chapter that something could grow between them, it feels like their tale still has more juice in it.

In fact, true to Ginny and Georgia‘s form, there will be plenty of spicy drama to keep us engaged.

Ginny actor Gentry teased fans about what to expect at the 2021 MTV Awards.

“It’s a thrilling experience.” “I don’t have all the facts, but I’m nervous.” “I’m sure it’ll be plenty of action, plot, and craziness,” she said.

The titillating plot twists have made celebrities fans, as Gentry said.

It’s been humbling to learn that people you like have seen and enjoyed the show. The fact that Hailey Bieber attended our show makes me nervous. It causes me to perspire.

I’m really looking forward to it, and the response has been incredible.”

Don’t worry if you’re a die-hard fan of Gentry and Howey’s rocky romance. There will almost certainly be more turmoil.

“Knowing the two of them…,” he added. If anything, I think it’d be the most intriguing aspect of their relationship.”

In November 2021, Gentry teased Seventeen, saying, “For season two, the stakes are clearly a lot higher now than we left off with season one.” As a result, I’m anticipating a lot of suspense, a spectacular finish, and the introduction of a few new characters.

There aren’t many details yet, but I’m looking forward to getting back to filming, which will happen soon. I’m simply getting ready. “I miss working with my co-stars.”