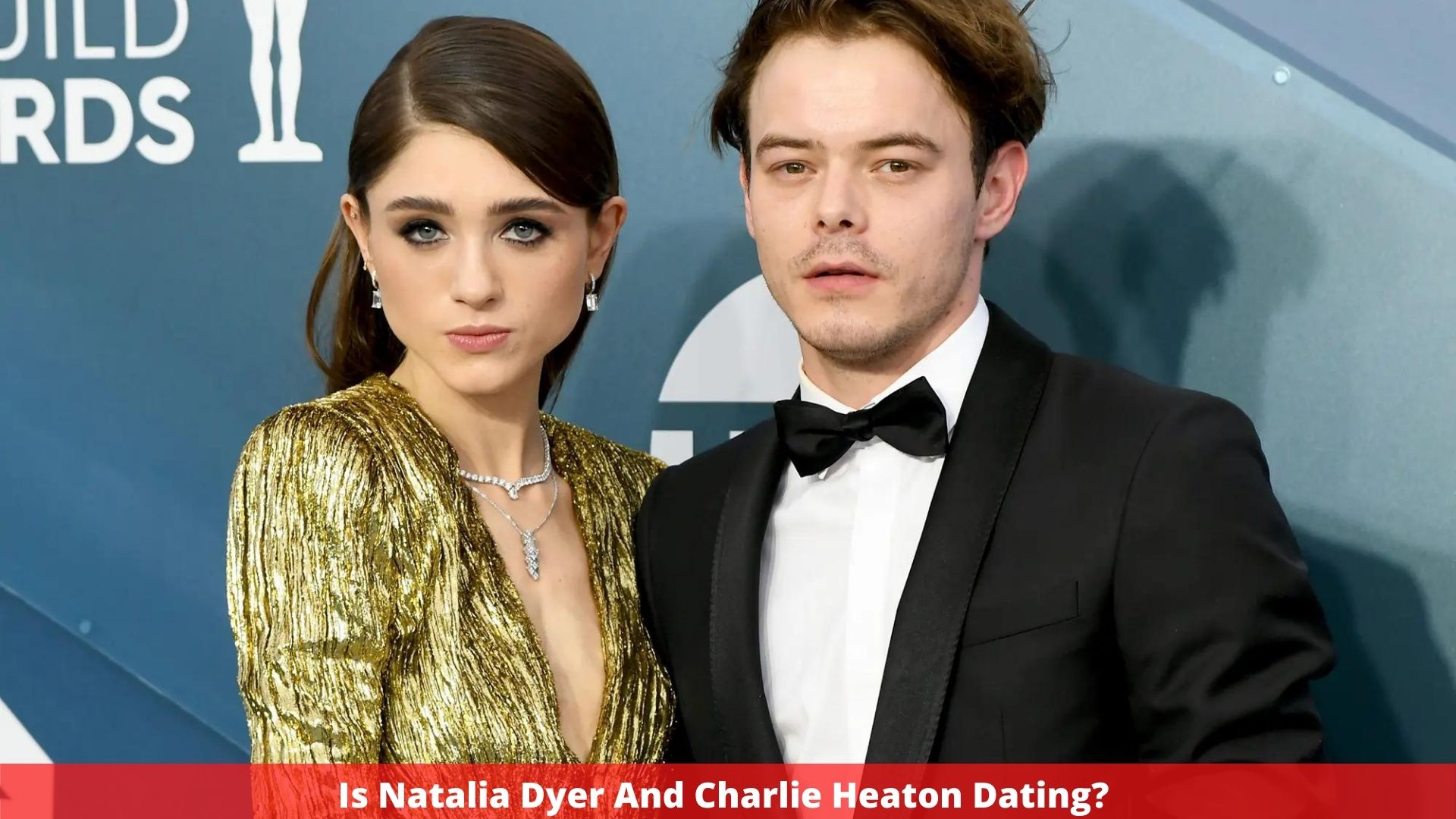 As the characters Natalia Dyer and Charlie Heaton played on Stranger Things fell in love with each other in 1984 Hawkins, so did their real-life relationship.

Dyer and Heaton met when they were cast as Nancy Wheeler and Jonathan Byers in the Netflix show. When the show debuted in July 2016, fans couldn’t help but notice how well they worked together.

Within a few months of the movie coming out, fans began to wonder if the two actors were actually dating in real life. In 2017, when they were seen together at the Los Angeles International Airport after going to the Golden Globes, there were even more rumors that they were dating.

When Dyer and Heaton first started dating, they tried to keep their relationship quiet. Heaton later talked about this in an interview with GQ.

He told the outlet, “We didn’t really know what the relationship was.” “Anyway, being sneaky might not have been necessary.”

Since then, the two have become closer by going to red carpet premieres and posting sweet messages to each other on social media. Here is a full rundown of Natalia Dyer and Charlie Heaton’s relationship, from their first meeting on Stranger Things to their first post on Instagram.

How Did Natalia Dyer And Charlie Heaton?

Dyer and Heaton met for the first time in 2015 on the set of the popular Netflix show. When viewers first met Nancy Wheeler, played by Dyer, she was in a bit of a love triangle with Jonathan Byers, played by Heaton, and Joe Keery’s Steve Harrington, who was a nice guy. But Dyer and Heaton had such good chemistry that by the end of the season, fans wanted them to end up together on and off the screen.

It seems that the two people got along even before they got their roles. In an interview with GQ, the show’s co-creator, Matt Duffer, said, “We did a chemistry read with [Heaton and] Natalia at their first audition, and sparks were flying.”

Just after Netflix said that Stranger Things would be back for a second season, Heaton posted a picture of him and his “amigos,” including Dyer, on a trip to the island of Menorca.

A few days after Dyer showed up on Heaton’s Instagram for the first time, she returned the favor by posting a picture of the actor on her own account. Dyer posted a picture of Heaton alone with several birds sitting on his shoulders and wrote, “Congratulations to @charlie.r.heaton on his new solo show, Stranger Wings! Sure going to miss you, S2, but I’m glad you’re doing something you enjoy🙏🐦❤️.”

After Dyer and Heaton went to the Golden Globes with the rest of the Stranger Things cast in 2017, they were photographed leaving Los Angeles together at LAX.

At the 2017 Fashion Awards in London, they walked the red carpet together for the first time after rumors of dating for almost a year.

Heaton posted a cute photo of Dyer holding a piece of cake to celebrate Dyer’s 23rd birthday. He wrote in the caption, “Hey, you’re 21 today! @nattyiceofficial I hope it will be a good one, and I’m excited to work with you on this new series. I think it will be a lot of fun. 🎂🎉🥂🙏🏻 P.S. I’m not feeling great, but I still want to meet you tonight at Piedmont Park, x.”

Dyer later told PopSugar that the birthday wish and caption were a joke between her and her friends.

They went to an after-party in Palm Springs during the Coachella music festival with Riverdale stars Camila Mendes, Vanessa Morgan, and Hart Denton. Dyer posted a fun video to Instagram of the group having a good time in a photo booth.

Dyer’s boyfriend was there at the premiere of her movie Velvet Buzzsaw to cheer her on. The couple wore white floral outfits that matched the red carpet for the premiere.

Heaton posted a picture of him and Dyer hugging to mark Dyer’s 25th birthday. He added a single birthday cake emoji as a caption to the post.

Heaton told GQ that he and Dyer kept their relationship quiet at first because they didn’t want to mess up their hit show.

He also said that looking back, “the sneakiness might not have been necessary.”

After staying out of sight for a while, the couple was seen at a Dior after-party in London at the end of 2021. The Daily Mail got pictures of Dyer and Heaton leaving the event with all the stars together.

The couple went to the premiere of Stranger Things season 4 in Madrid together and walked the red carpet together. As they posed for photos, Dyer and Heaton could be seen smiling and looking into each other’s eyes.