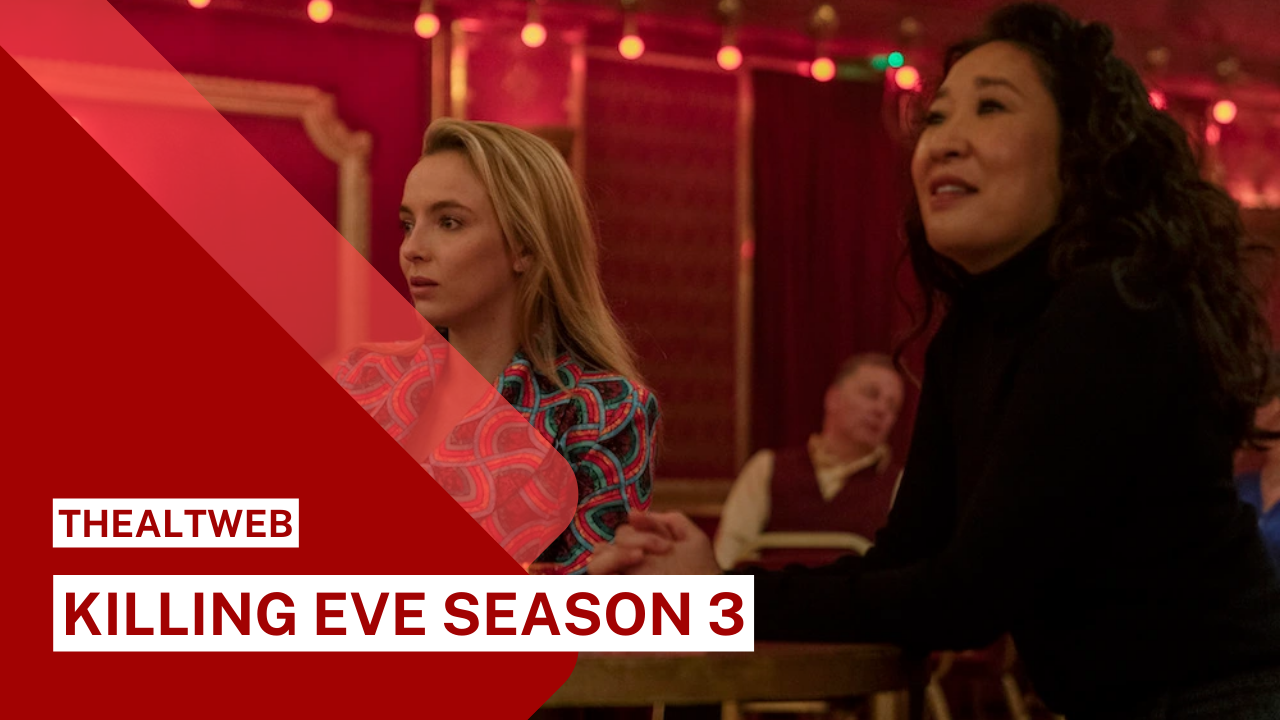 The BBC America series Killing Eve has been a great sensation with fans since it launched in 2018, depicting the cat-and-mouse narrative of a detective and a serial murderer dancing around each other in a potentially lethal race to discover the other. Sandra Oh’s Eve Polastri, a Canadian-born MI6 investigator residing in London, and Jodie Comer’s Villanelle, a vicious contract assassin fascinated with Eve, have taken the small screen by storm. Killing Eve is the definition of a real TV hit, with a compelling primary plot concentrating on attraction, obsession, and bloodshed, as well as fantastic central performances from Oh and Comer’s superb supporting cast.

As a result, the show will undoubtedly return to your television screen in the not-too-distant future. Killing Eve was renewed for a fourth season in January 2020, after it had previously been renewed for a third season in April 2019. Killing Eve is excellent entertainment, with a revolving door of great female showrunners and unmistakable chemistry between Comer and Oh. Fans can’t wait for it to return. Here’s all you need to know so far about Killing Eve’s impending third season.

What is the release date for Season 3 of Killing Eve?

Warmer weather, spring blossoms, and the promise of rebirth and regeneration are all hallmarks of springtime, but it also heralds the start of a new season of Killing Eve. This year, fans were surprised to learn that one of their favourite series will be returning even sooner than expected.

The show’s distributors, BBC America and AMC announced in February 2020 that Killing Eve will premiere on April 26, 2020, giving fans plenty of reasons to be enthusiastic about Eve and Villanelle’s triumphant return to their television screens. But, towards the end of March 2020, it was announced that season 3 of Killing Eve will not be released until the end of April. The programme will return weeks sooner than expected, on April 12, 2020.

The networks didn’t say why the debut was moved earlier, but in any event, it’s a pleasant present for Killing Eve fans – replete with a YouTube video to commemorate the announcement, which was also shared on Instagram and Twitter. Season 3 of Killing Eve premieres on April 12 at 9 p.m. EST.

What will happen in Season 3 of Killing Eve?

Knowing when the third season of Killing Eve will begin is very thrilling for fans, especially after the second season ended on a shocking cliffhanger. Eve ultimately meets her enemy in Rome after chasing Villanelle throughout Europe at the cost of her safety and sanity as a result of a very unexpected turn of events. The two had a heated debate among the Roman ruins, culminating with Villanelle shooting Eve, which closely replicates the finale of the first season when Eve stabbed Villanelle in Paris.

In terms of Eve’s fate, there’s no question that she’ll make it because the show wouldn’t be what it is without Oh and Comer. But she’ll have a lot to sort out, from making sense of Villanelle’s brutal conduct to dealing with the possibility that Carolyn is concealing a dark link. Villanelle, too, may have mixed feelings about abandoning the woman she loves.

The first two seasons of Killing Eve were a thrilling trip to watch these two ladies battle it out, and the third season shows no signs of letting down.

Who’s in the third season of Killing Eve’s cast?

Killing Eve is unquestionably well-written and beautifully photographed, but without Comer and Oh’s key performances, the programme would be nothing (for which the actresses have won an Emmy Award and a Golden Globe Award, respectively). Naturally, Comer (who played Rey’s mother in The Rise of Skywalker) and Oh will return for season 3 of Killing Eve, along with Fiona Shaw, who portrays Oh’s double-crossing MI6 supervisor Carolyn Martens, and a slew of new characters.

Aside from new cast members, the third season of Killing Eve will also have a new showrunner, which has become something of a tradition for the programme. Emerald Fennell (whose new film Promising Young Woman enters cinemas on April 17) takes over for the second season after Fleabag author Phoebe Waller-Bridge started the first. The third instalment will be directed by Suzanne Heathcote (Fear the Walking Dead).