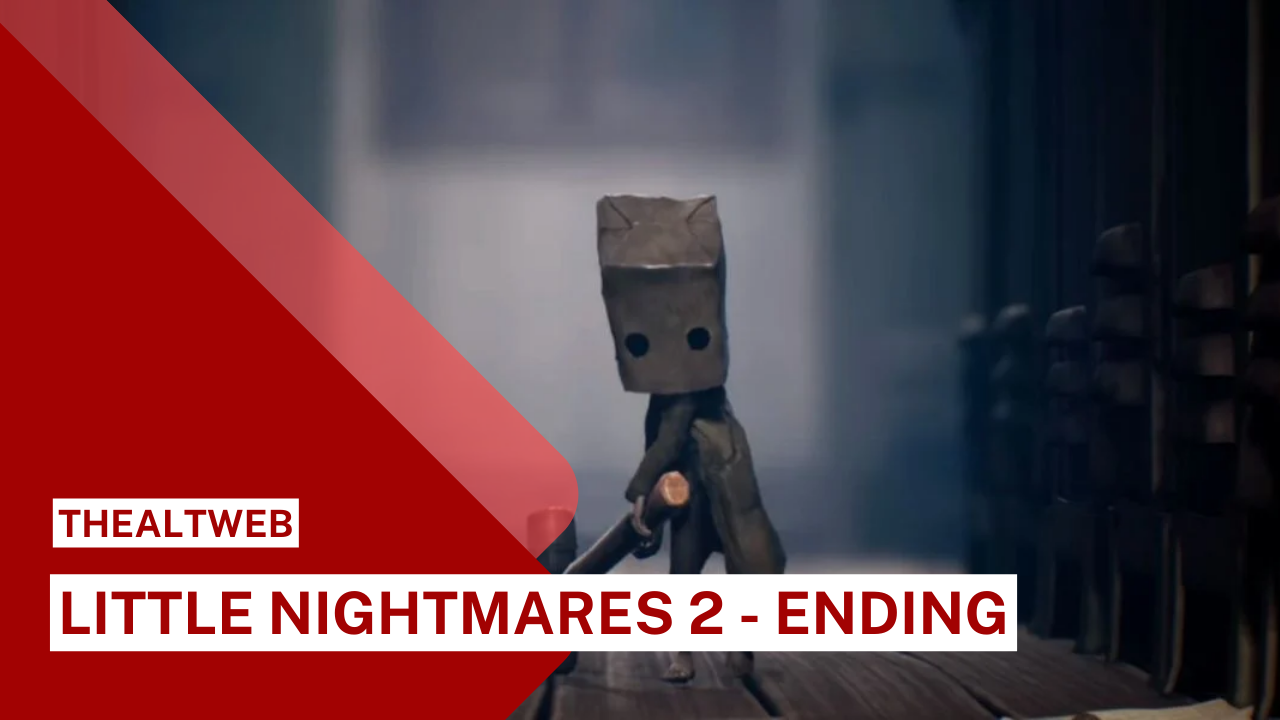 On February 11, 2021, the long-awaited successor to one of the most terrifying games of the previous decade was published. Little Nightmares 2, the horror-indie breakthrough hit from Tarsier Studios, has gotten mostly positive reviews. Metacritic gives it an 82, and IGN gives it a 7/10. The gothic look, frightening atmosphere and terrible themes are all hallmarks of the series. This novel adventure follows two youngsters as they strive to stay alive in a world filled with peril, mysteries, and monsters.

The finale is a touch perplexing, but that’s to be expected in a game that deals with big subjects with no language. It’s worth noting that the original Little Nightmares had a similarly perplexing conclusion.

The player must pick up on small hints throughout each level and have knowledge of Six’s tale from the previous game in order to understand the second game’s finale. With that in mind, it’s time to go into one of the year’s finest horror games to find out what it all meant.

Hints in the first scene of Little Nightmares 2

Little Nightmares 2 begins with a slow pan down a long, twisted path that leads to a door with the distinctive picture of an eye on it. Mono, your new protagonist, gets expelled from television and lands in a dark and ominous forest. Mono makes his way to a lodge through a dangerous wilderness, where he encounters Six, the protagonist from the original Little Nightmares. He saves her from incarceration, but she is naturally hesitant to trust a stranger who is wearing a paper bag over his head and has just axed down her door.

Despite this, Mono and Six create a tenuous partnership, assisting each other in solving riddles and navigating the dark and dangerous environment they are in. They arrive at a school where the instructor and pupils had been transformed into bizarre monsters with twisted features after slaying the hunter who had imprisoned Six. One of them is depicting eyeballs and a tower on a piece of paper. Six finds her trademark yellow raincoat from the first game in this location as well.

The two youngsters rapidly realize that the residents of this planet are being influenced by a signal emanating from a mystery tower and relayed through televisions, similar to the one Mono came from.

The last episode of Little Nightmares 2

When they get to the city, Mono discovers another television that transfers him to a different location. Mono makes it to the end of the corridor and the door with the eye sign. The Thin Man, a tower agent who kidnaps Six using reality-bending abilities, is released when the door is opened.

Later, Mono takes the bag from his head and reveals that he possesses comparable abilities, which he employs to destroy the Thin Man. He then heads to the tower to save Six, who has been distorted by the tower as well. He is successful in restoring her to normalcy, and the two attempt to flee the tower, which shows itself to be a giant flesh monster with eyes, similar to the emblem on the Thin Man’s door.

After Six makes it across a bridge that is eroding, Mono tries to jump to safety but falls short of the cliff. Six takes his hand in hers and holds it for a brief minute before letting him fall into the abyss. Mono grows inside the tower over time, eventually becoming the Thin Man, as seen by the players.

Collecting all eighteen Glitching Remains (strange humanoid shapes comprised of static) unlocks a secret ending in which Six escapes through a TV with a new hunger – a scene that fans of the original game may recognize.

Mono’s role in the plot is nearly contradictory, as seen by his growth within the tower and eventual transformation into the Thin Man. Mono is expelled from the television with the ability to move between portals and manipulate reality; he frees the Thin Man from jail; he kills the Thin Man; Six throws him into the tower; Mono reincarnates as the Thin Man, and the cycle continues.

Ironically, it’s possible that the discovery of his actual identity was the reason Six dismissed him. It’s hard to say for sure, but Comicaly dead account on Reddit speculates that “Six noticed Mono’s face and recognized he’ll be the Thin Man.” Remember, this was the first time she had seen him without the paper bag on his head. If this is the case, her dread of the Thin Man may have caused her to create him by accident.

Mono might possibly be the source of the tower’s strength, according to one theory. His capacity to change reality might be the same battery that the tower uses to transmit its signal and bend the world around it.

Six’s reaction at the conclusion of Little Nightmares 2

Following the loss of Mono, Six’s journey took an unexpected turn. Little Nightmares 2 is unlikely to be a sequel to Little Nightmares, as she explains in her conclusion. Many fans, including those who commented on TheGoryDetails’ Reddit thread, feel it is a precursor. This explains why Six didn’t have her raincoat at the start of the game, despite having it throughout the previous one. It also explains Six’s voracious appetite in the first game.

Fans seemed to observe the development of Shadow Six when the Thin Man initially seized Six (a glitching echo of Six who watched her from the shadows in the first game whenever she was compelled to feed). The hidden ending of Little Nightmares 2 depicts Six fleeing through television before encountering Shadow Six, who points to a photograph of The Maw, the setting for the original game. Six is startled when she hears a loud churning in her tummy.

This seems to be a reasonable explanation for why Six gained her insatiable desire, which wasn’t there until this time in Little Nightmares 2 when the scenario was built up for the first game.